The ambitious, bold and hungry start their week with The Business of Business!
Features
11.29.18   12:59 PM Features

Home buying, homelessness, and Home Depot; this Numbers You Need to Know focuses on some statistics based around homes.

It's almost Friday, which makes it Thursday, and while we in New York are ready to head home and weather the upcoming weekend storm — there's a 87% chance of rain on Sunday — we first have some very important numbers for you to ponder during the next 16-18 hours of work.

That's the number of new single-family homes sold in the United States during the month of October, according to the U.S. Census. This is 8.9% (plus or minus 13.7%) below last month's sales, and as pointed out by Leonard Kiefer, the deputy chief economist at Freddie Mac ($OTCBB:FMCC), this doesn't bode well for the U.S. economy, given a rise in inventory.

The number of homeless encampments in San Francisco reached reached 61,578 from 2017 to 2018. Compared to New York City's 5,120 encampments, that's a staggering difference. Realtyhop has mapped out the encampments by neighborhood.

The number of Home Depot ($HD) stores in the U.S. and its territories according to our database. California has the most stores with 232, more than double the number of stores in the company's founding state of Georgia (90) 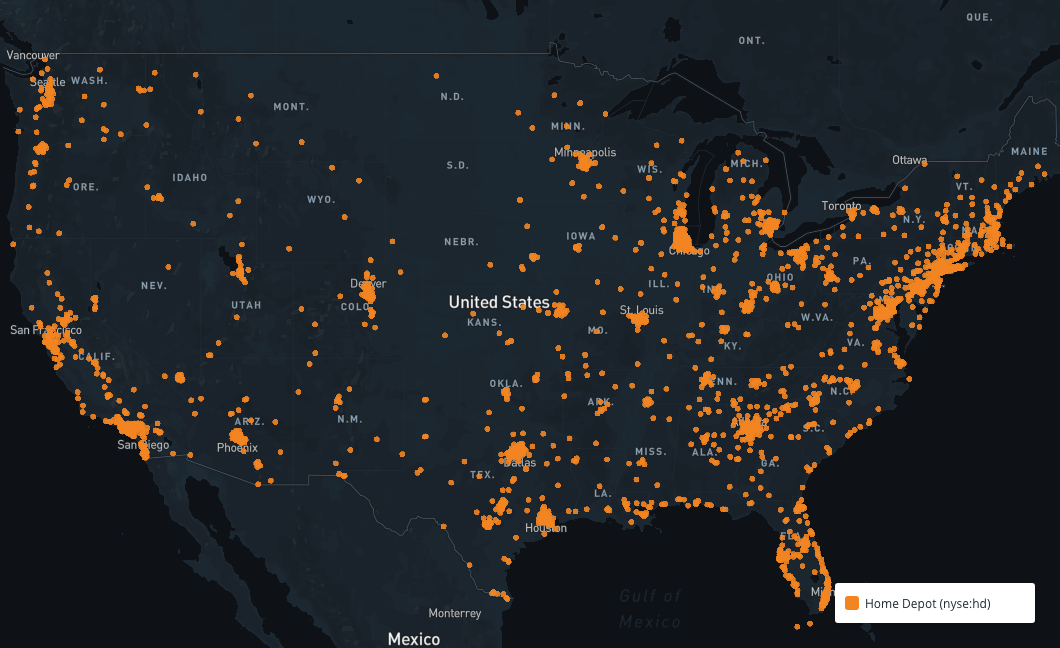