Why these 10 artists hate NFTs

Despite popularity of NFTs, some artists have come out with strong stands against the movement and complain about thievery and "cryptobro" culture.

Ever since Beeple sold a digital collage for $69.3 million in March, many people in the art world have been enamoured with NFTs. Non-fungible tokens, similar to cryptocurrency except they are one-of-a-kind, are now considered one way up-and-coming artists can make a name for themselves — as well as earn a living.

You would think, given the statistics, that just about every artist would be jumping on the NFT bandwagon. The digital works, which are supported by blockchain, can be anything from images to text to sound or other forms of creative expression.

However, the crypto/metaverse/Web3 revolution has not converted every artist. Many have expressed strong reservations about possible environmental ramifications as well as the difficulty asserting intellectual property rights for NFTs (or for work turned into NFTs). Here is a list of 10 rising artists who have taken stands against the NFT movement and why, specifically, they are not on board. We reached out to all of the artists before this story was published. Some replied to us, and some did not.

Devin Elle Kurtz is a 25-year-old visual development artist and illustrator from Laguna Beach, California. Her portfolio ranges from fantasy, to animals to vivid atmospheric scenes, and she has served as a lead background painter for the animated television series “Disenchantment.” “Ever since I was a little kid...I’ve felt like art could be a portal to another dimension. A window into the vibrant and magical world that exist inside the mind of each artist,” she said in a recent video promoting her latest artbook Windows to Worlds.

In a tweet in March, she explained why she had a problem with NFTs — on a hunch, she checked and discovered someone was using them to profit off of her work.

“I searched my name to make sure my art hadn't been stolen and turned into NFTs, and sure thing, an obscure old piece from my DeviantArt is randomly on the front page of the marble cards NFT website? How is this allowed…” 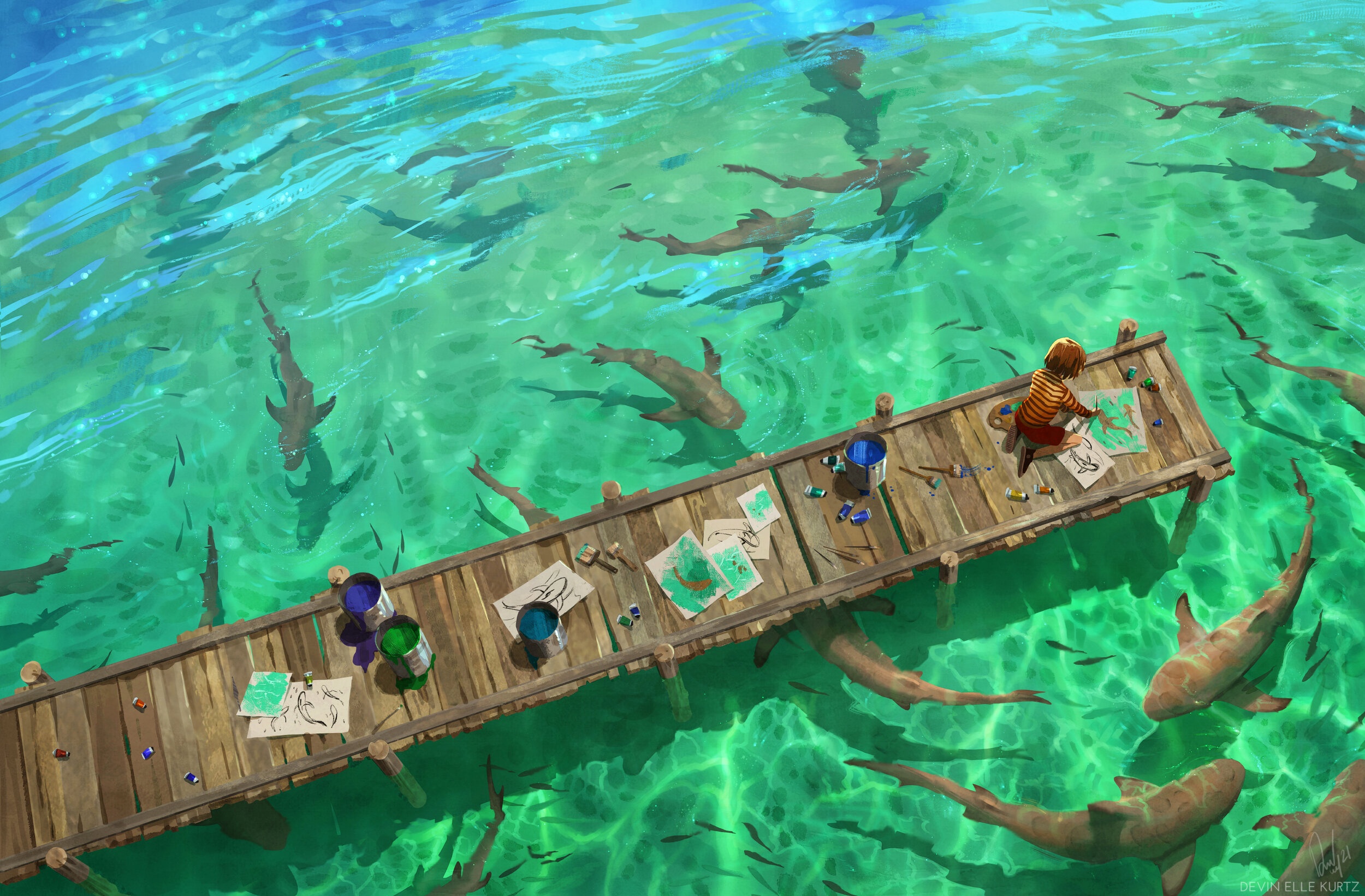 Simon Stalenhag is a visual storyteller who crafts retro-futuristic digital images. His strikingly dystopian, sci-fi imagery has been used as a basis for the 2020 Amazon drama series “Tales from the Loop.” His work shows nostalgia for the past and appears to condemn humankind’s trajectory.

Perhaps because of his cautionary view of technology, Stålenhag has similarly not warmed toward NFTs, the metaverse, or the surrounding ethos, and has chosen to respond to Web3 enthusiasm as a good-natured curmudgeon. In October, after Facebook changed its named to Meta, he jokingly tweeted: “The metaverse/nft/techno-cultists who show up in my mentions today, full of pep, seem to think that this was utopian art and that I will somehow take them by the hand and join them as they dance through the pearly zuckergate. I admire their optimism.” 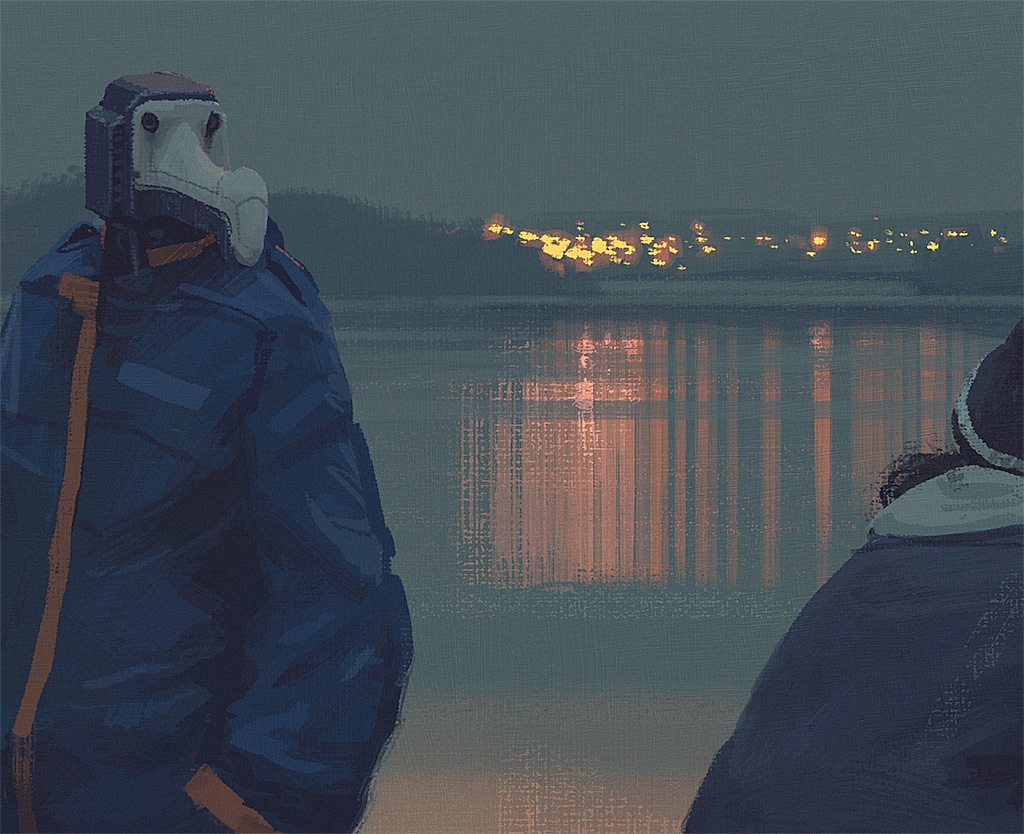 Zilch is an Atlanta, Georgia-based “furry artist." In case you’re wondering, furry art refers to works which focus on human-like animals or monsters that have fur. According to the artist’s Twitter, Zilch discovered in November that someone sold their profile pic (An anthropomorphic squirrel, perhaps?) as part of an NFT collage without permission.

“Some fuckwad sold my profile pic as an NFT as part of a collage for nearly $100K,” Zilch tweeted. “The fuck?”

In the replies, another user said they were minting an NFT of Zilch’s complete tweet and selling it.

The next day, when the dust settled, Zilch collected his thoughts and provided some constructive insights about how he might move forward.

Indeed, Zilch stressed the importance of ensuring intellectual property protections in the NFT space, and he called for a meeting of minds between critics and proponents of the NFT art movement.

“Personally, I’m against NFTs, however we do have to acknowledge that it as a system does exist, and that system still requires regulation and is not a free-4-all, unmoderated system where all hell breaks loose. Systems get made, systems get abused, then they get regulated.” 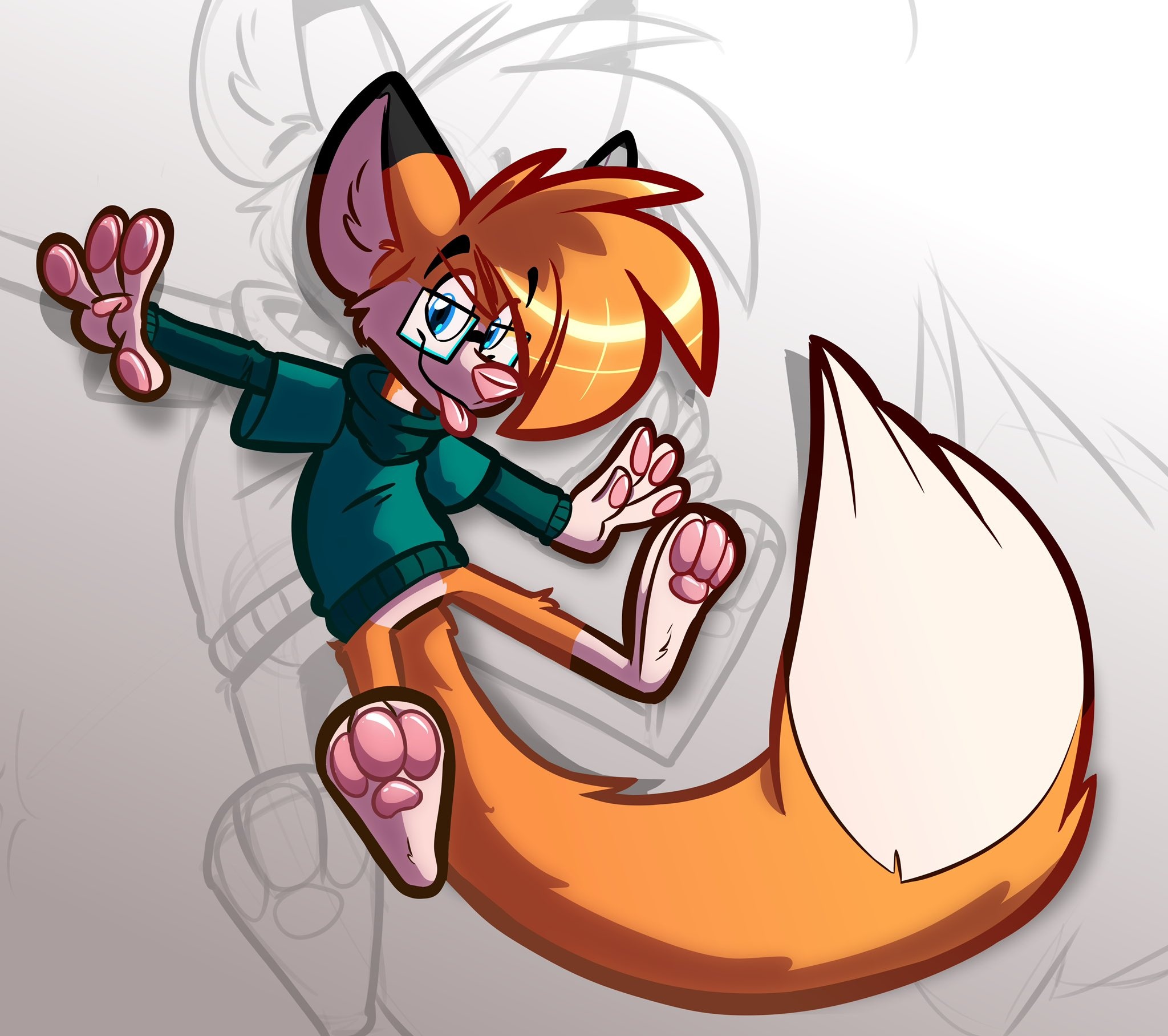 It’s one thing for an artist who already has a big following gets ripped off by someone selling their work as an NFT. At least they have tools and a voice to fight back. Less well-known artists can be even more fearful of someone else in the digital space making a killing off of their efforts.

Clarfy likes “drawing cute stuff and cats.” We reached out to Clarfy, who like many artists prefers to be known publicly only by a pseudonym. The artist told us that NFTs appear to be too energy intensive and ridden with theft. Those concerns have prompted some creative types, such as Clarfy, to remain in the shadows of the internet — in order to make sure their creations are not misappropriated.

“Many artists had to lock their [Twitter] accounts to prevent their art from being stolen” as NFTs became popular this year. The effect hurt “artists even more than the algorithm usually does.”

Clarfy further explained: “Because of the lack of verification required to tokenize an image, basically anyone can download all of the art made by an artist and resell it as an NFT.”

Expressing criticism about NFTs on Twitter also sparks backlash from crypto enthusiasts, the artist said. “It’s hard to even post negative posts toward NFTs without being swamped.” 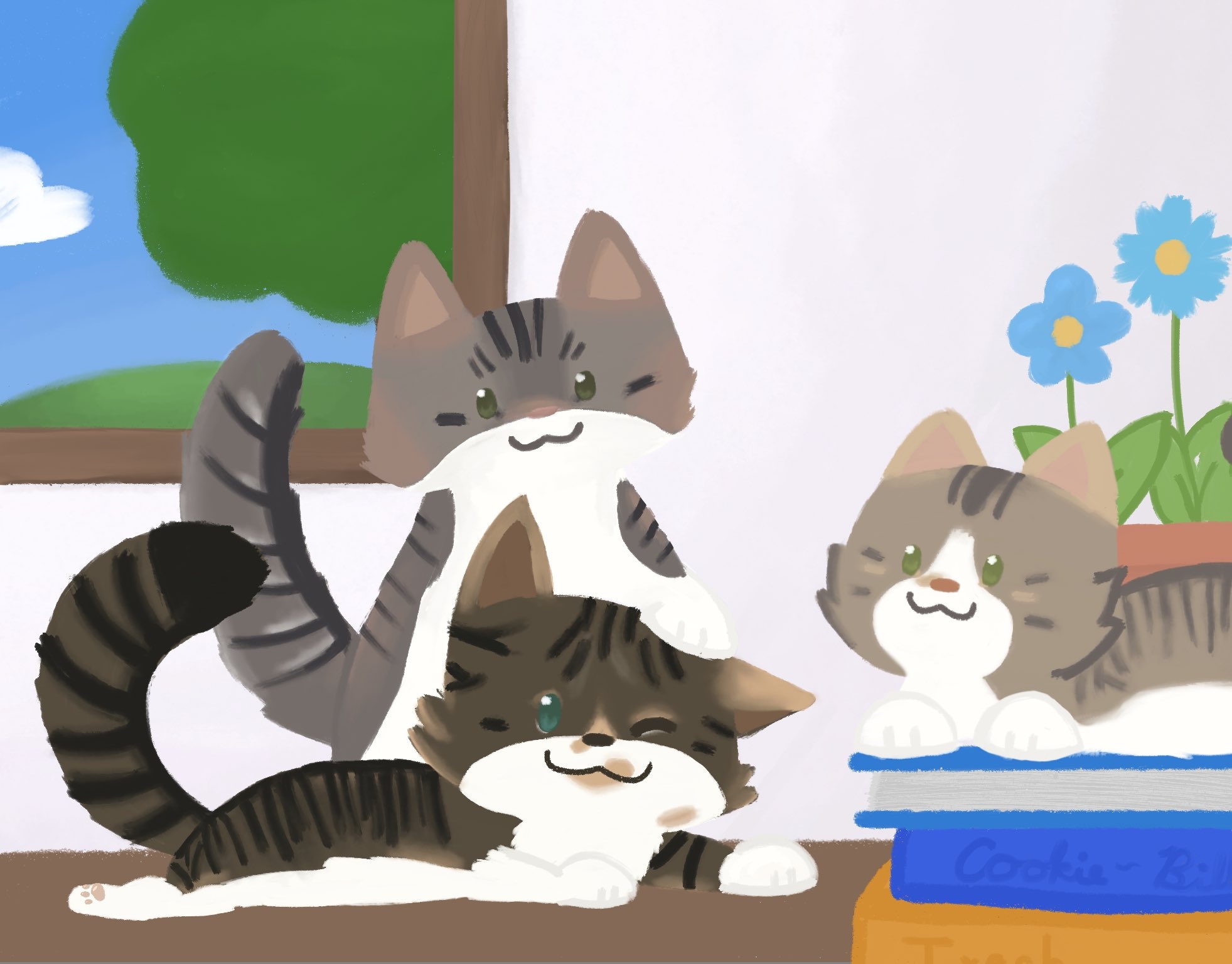 Juu_Honey is a German voice actress and digital artist who has attracted significant attention for her opinions on NFTs. A tweet thread she wrote on the subject in March got more than 2,660 retweets.

“What are the other issues? Crypto Art is not regulated and has no quality control. This means that anyone can mint an NFT and attach "The Mona Lisa" (for example) and sell it. No one will check, if the person selling it, was the original artist. That's an issue.

It was foreseeable that there would be scammers and art thieves, who will abuse this, to steal Original Art from artists, who upload their art online and make money with it. Because (again) Crypto Art is an unregulated market without quality control!”

In an interview with The Business of Business, Juu_Honey clarified: “NFTs as a whole aren't the problem. It's the way they're being used and the people behind it.” Further, she added: “The big misunderstanding is that you don't really buy the art, but a token that basically tells people that you hold the ‘original copy.’” She elaborated: “The copyright remains with the artist. The artist will always still be the owner.” Indeed, Juu_Honey makes a salient point in that there is no contract signed by the artist and the buyer where the artist sells the rights to their artwork.

Unless brokered by well-known auction houses like Christie’s and Sotheby’s, NFTs often lack the legal contracts stipulating transfers of rights when they change hands. That’s a problem few people in the NFT market address. 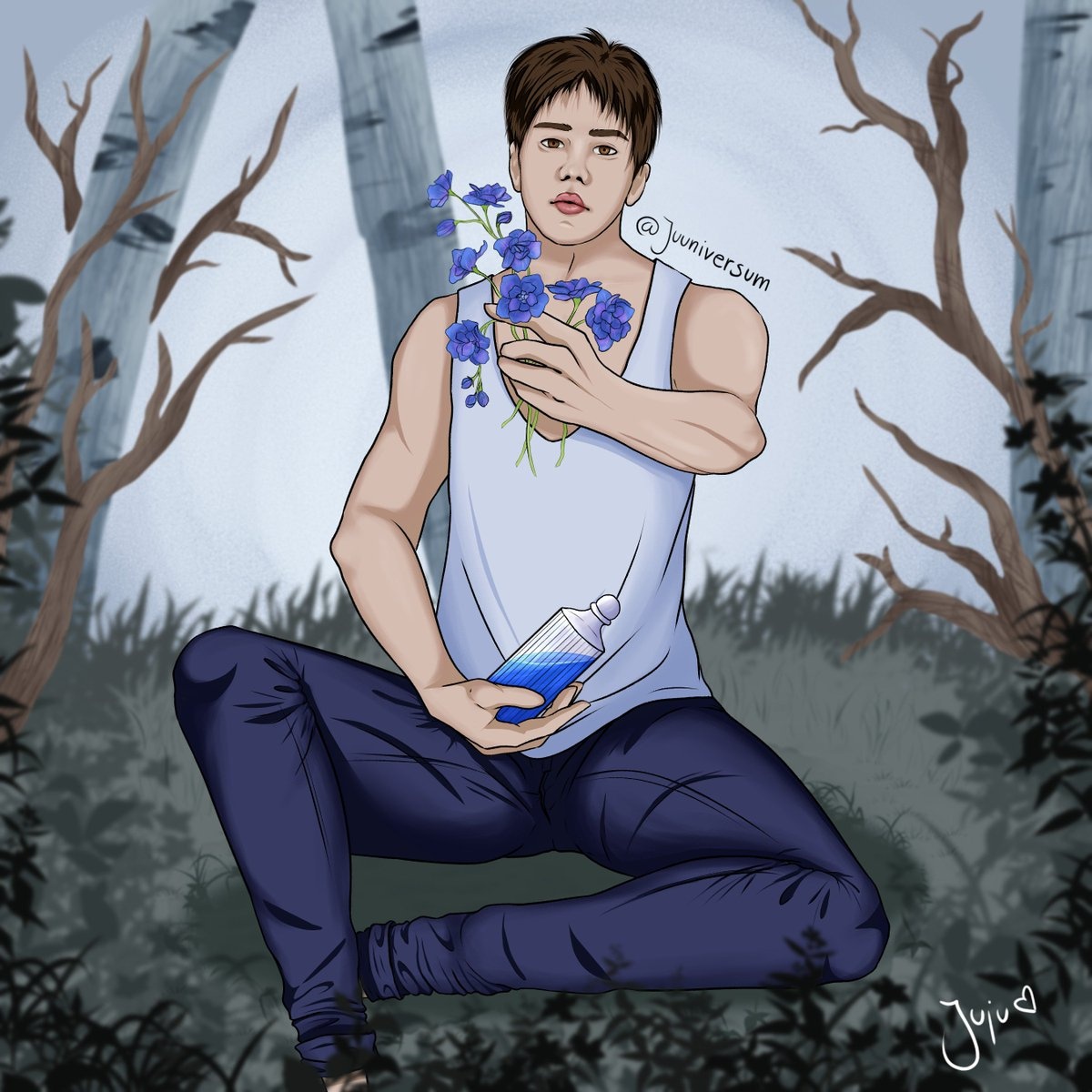 Cat Graffam is a painter from Portland, Maine. She has denounced NFTs because they are entangled with the financial investment community. (She has also denounced this aspect of the traditional art market.)

“I’m seeing peers and artists I admire die on the hill of NFT’s,” she tweeted in April. “Environmental impact aside, NFT’s are not the direction art should be going. Do you really want to turn your craft into an investment for venture capitalists and Bitcoin bros? Is the money worth it?” 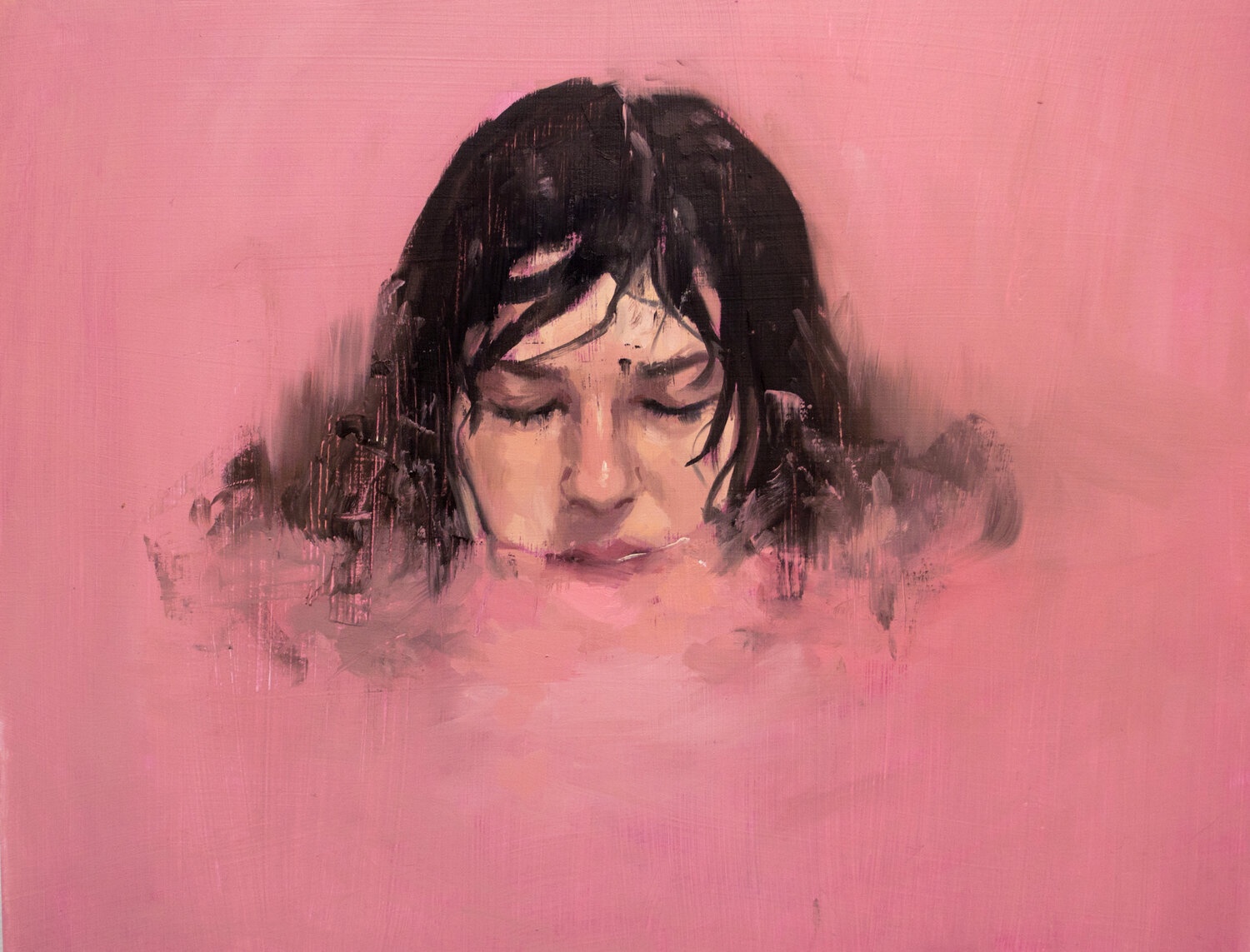 Castpixel, whose real name is Christina-Antoinette Neofotistou, is an Athens, Greece-based illustrator, game developer and pixel artist. She is known for contributing to the Sonic the Hedgehog comic series as well as other game and comic-related works.

Often complaining about negative interactions with “cryptobros” on Twitter, Neofotistou has also not expressed much enthusiasm for NFTs. In September, she facetiously tweeted: “Being dogpiled for 2 hours by nft enthusiasts, for saying I don't want to do NFT. Having a very normal one, aren't you.” 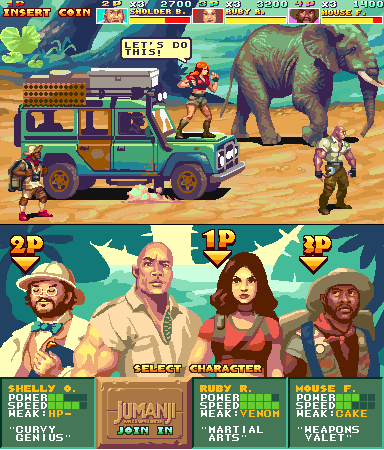 Elthen is another pixel artist, whose work has a funky retro look. He is also a self-described “game devourer.” He has retweeted concerns about IP theft in the NFT world, and made his personal opinions on the issue clear.

“If you want to support my art it’s definitely not through NFTs,” he tweeted earlier this month. 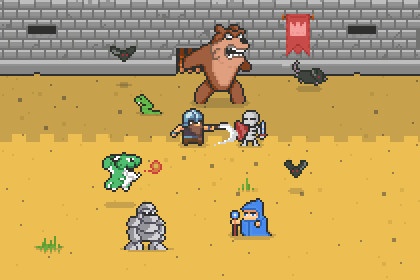 Yuletide Vixen is an artist, writer, and gamer whose doodles include furry art. Not only has Yuletide Vixen been outspoken against NFTs, the creator has made a substantial effort to stop people from stealing artists’ work and selling them as NFTs. In March, Yuletide Vixen provided a blocklist of bots and other actors who crawl Twitter artists’ profiles to steal and mint their art as non-fungible tokens.

“Best I can do at the moment. #NFTBlocklist,” the artist tweeted in March along with her list. 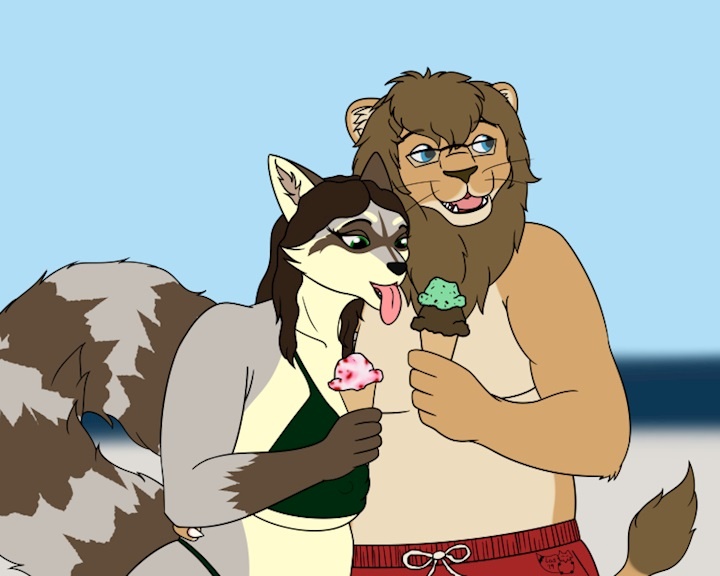 G.C. Houle is a French Canadian designer, illustrator and “comicker,” with an aesthetic that leans toward horror.

Interjecting in a Twitter feud on behalf of NFT critics in April, the artist took a sarcastic swing at an account that touted the potential value of NFTs for artists. An account with 69 followers, called @JackScarecrows, tweeted: “It’s a new avenue for artists to sell their work what is the issue?”

Implying that the account was founded just to troll critics of NFTs and cryptocurrency, Houle replied: “Asked the super real account laser focused on bitcoins and created *checks* April 2021.” 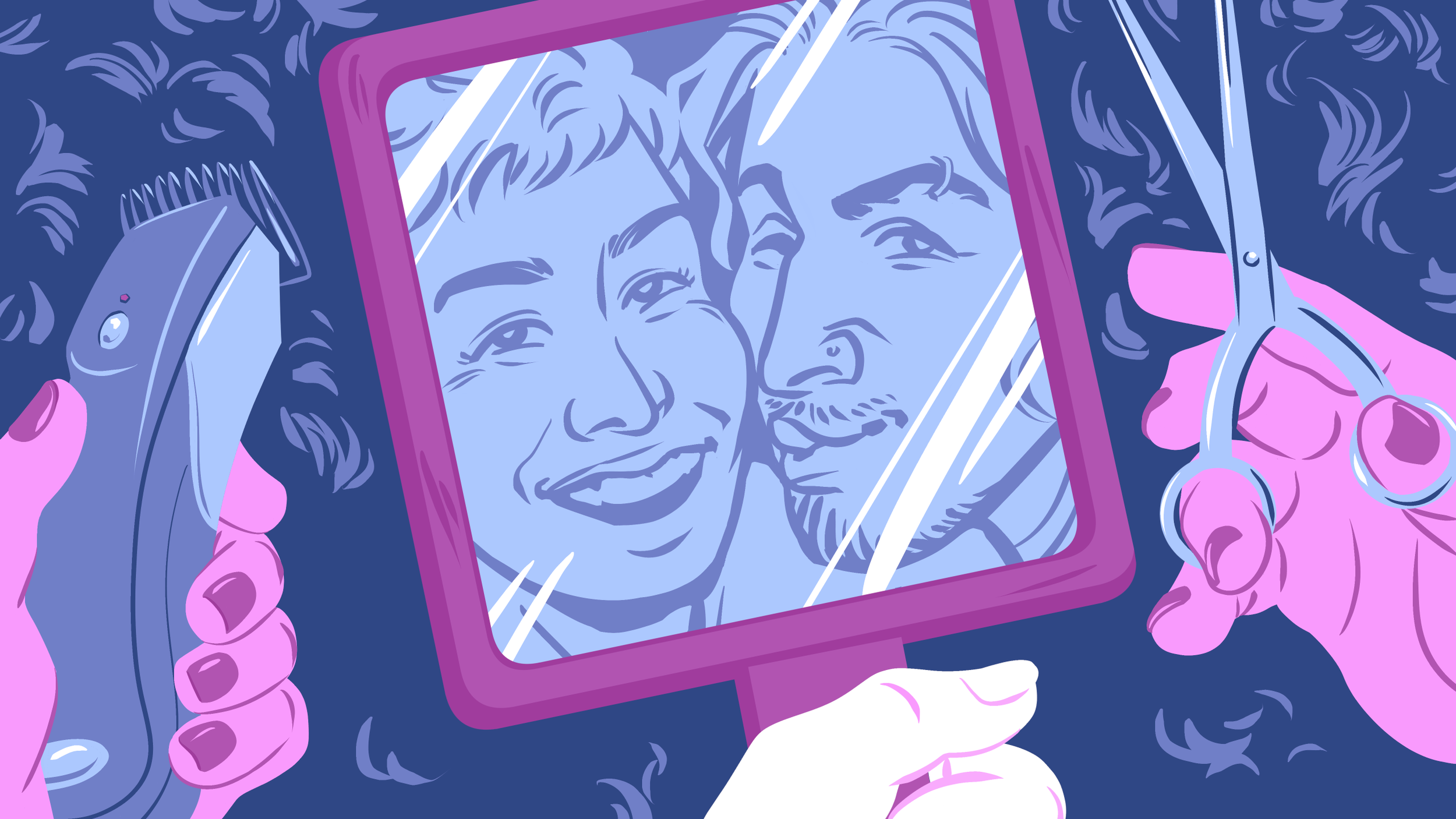