The ambitious, bold and hungry start their week with The Business of Business!
3.9.21   5:00 PM Crypto

These celebrities are bringing NFTs to the mainstream — and cashing in

NFTs are a hot commodity, and celebrities like Grimes, Jack Dorsey, Shawn Mendes, and Paris Hilton are making millions selling them.

Almost overnight, NFTs have taken the art, sports, and entertainment worlds by storm. The mainstream boom kicked off (more or less) with none other than Logan Paul, who was recently voted the second most hated person on the internet. But hate and clout aren’t mutually exclusive.

Late last month, Paul sold $5 million worth of NFTs with his first launch in the crypto space. Most recently, the SMHPI (second most hated person on the internet) sold a set of digital Pokemon card images featuring an anime version of himself in three different colors: silver ($370 each, 777 minted in total), gold ($1,500 each, 111 minted), and matte black ($17,000 each, three minted). Paul has been partnering with Bondly — a peer-to-peer exchange that enables trading across ‍any chain, and through any medium — for his NFT ventures. This latest round of NFTs sold out for a total of $504,990 in sales.

Around the same time, Chris Torres, the artist who first created Nyan Cat, minted a new GIF of the famous internet meme, which sold for $590,000 worth of the Ethereum cryptocurrency. It was his first foray into the NFT market. Torres followed up this month with a new dogecoin-inspired NFT, which sold for 45 ETH, roughly $69,000 at purchase, on the cryptocurrency art platform Foundation.

Paul and Torres set off a chain reaction. Since their big crypto breaks, everyone from Paris Hilton to Kings of Leon have been trying to get in on the action.

What are NFTs anyway? 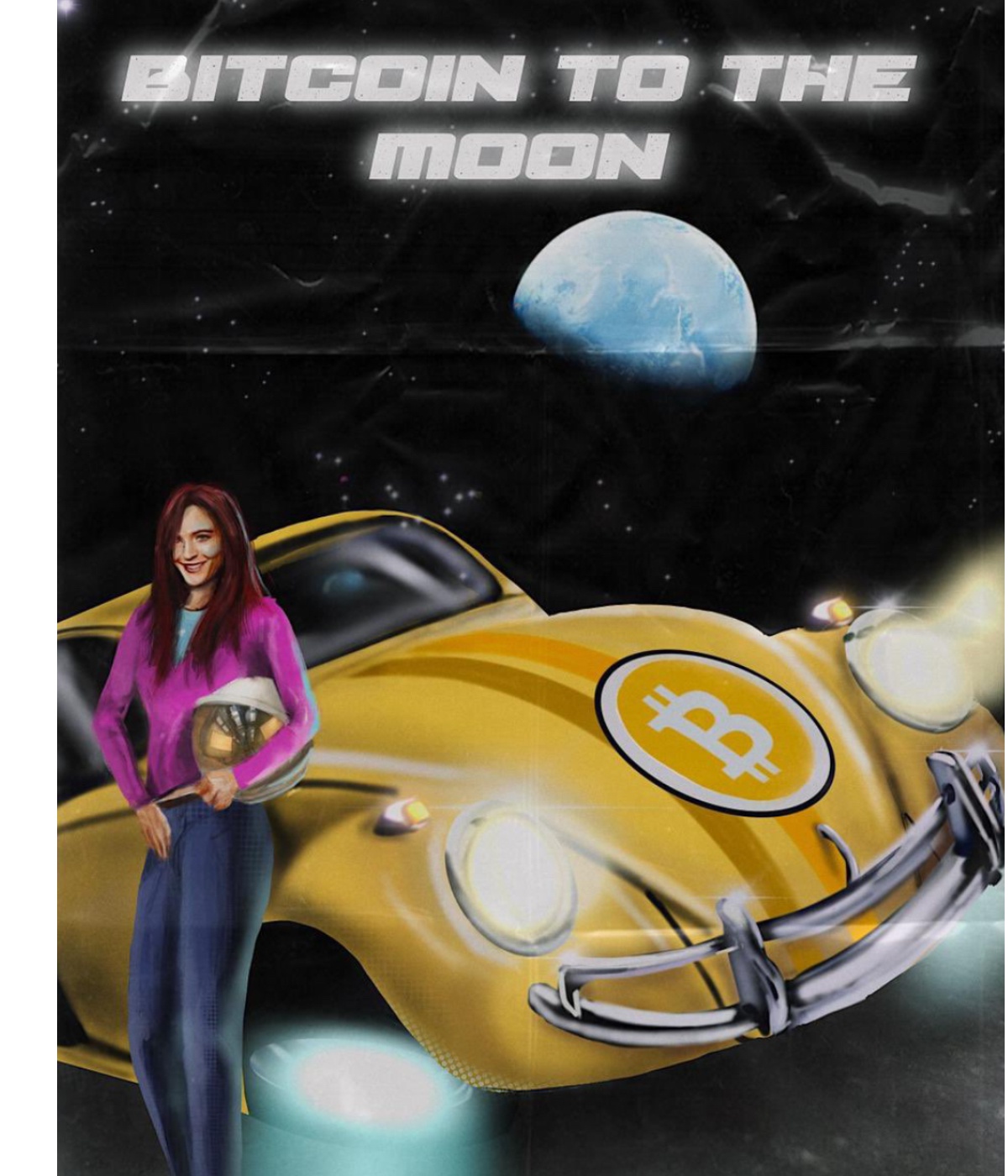 An NFT, or “non-fungible token,” is a digital asset that exists on similar blockchain technology to Bitcoin — it can be artwork (an image, video, or audio file), a domain name, a tweet, or even a video game item. The “non-fungible” part means that the artwork has one specific owner, despite the fact that anyone can duplicate the image or video and reshare it.

That exclusivity has made these digital files worth millions. Many sellers follow a pricing method common in the art world known as “granular price tiering,” where an artist sells the most unique works at a higher price, then sells subsequent series for less.

CryptoPunks pixelated portraits were one of the first NFTs back in 2017. They also served as inspiration for CryptoKitties, the cute cartoon NFT cats that clogged up the Ethereum network with their popularity in 2018. Last month, CryptoPunks were changing hands for over $760,000. Today, roughly $30 million worth of Punks have been transacted. Punk prices spiked  to thousands of dollars on average in the final months of 2020, during a historic rally for the cryptomarkets.

Last year saw the NFT market triple, making it currently worth over $250 million, and it’s only getting bigger. According to a recently published report from Dapp Radar, NFT markets accounted for $342 million in trading volume in February 2021 — more than all of 2020. On February 8, two gamers set a new record by spending $1.5 million worth of crypto to buy a video game feature NFT. Meanwhile, the art world has reluctantly embraced NFTs. Christie’s is auctioning off its first digital artwork by artist Mike Winkelmann, also known as Beeple, who sold a $6.6 million NFT on February 22. But when celebrities started embracing NFTs, people paid attention.

Celebs are cashing in on crypto 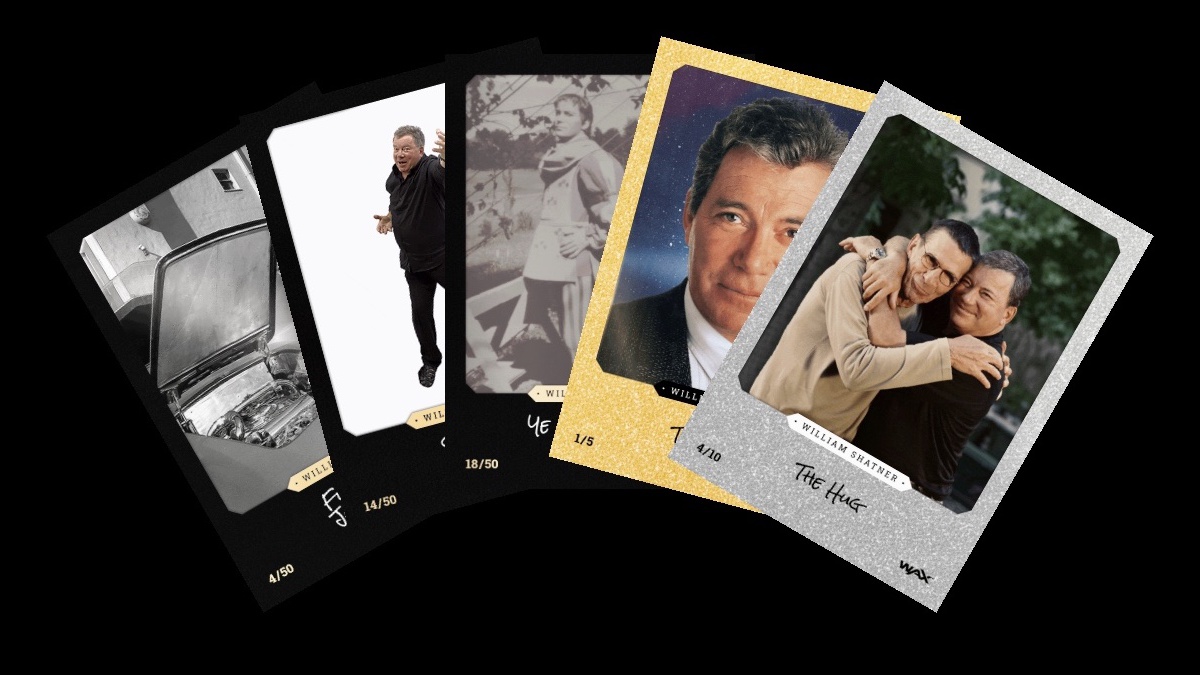 Believe it or not, one of the first notable celebrity NFT enthusiasts was Captain Kirk himself. William Shatner minted 10,000 NFT “packs,” or digital trading cards, back in July 2020. The cards, which amounted to 125,000 total NFTs, featured images of Shatner’s life and career, including a photo of him hugging Leonard Nemoy (better known as Mr. Spock), and even an X-ray of Shatner’s teeth. The assets sold out in nine minutes, partially because they were so cheap — a 25-card pack cost only $25. The resale value, however, has gone up since then. One of the rarest cards Shatner released sold for $6,800.

“The cards themselves represent a beautiful past,” Shatner told Cointelegraph. “The verification of being on the blockchains represents a great future. So we have the past and the future mixing together.”

Paris Hilton tweeted earlier this month that she is “excited to release [her] first NFT,” following the advice of tech entrepreneur Kim Dotcom. But, as many crypto bloggers have pointed out, Hilton already released an NFT last year. In August 2020, the socialite auctioned a drawing of her cat on NFT platform Cryptograph and donated the proceeds of the 40 ETH sale (then worth $17,000) to charity.

Lindsay Lohan sold her first NFT on February 15 for $57,290. Since then, she’s been minting more NFTs and donating the proceeds. In recent months, Lohan has tweeted about Bitcoin, becoming one of its more outspoken celebrity advocates. Despite the fact that NFTs use the Ethereum blockchain, Lohan’s NFT artwork has Bitcoin written all over it — including one digital painting that references Lohan’s 2005 film, Herbie Fully Loaded. Instead of the titular car's iconic red, white, and blue paint job, however, Herbie is decked out in Bitcoin bling. 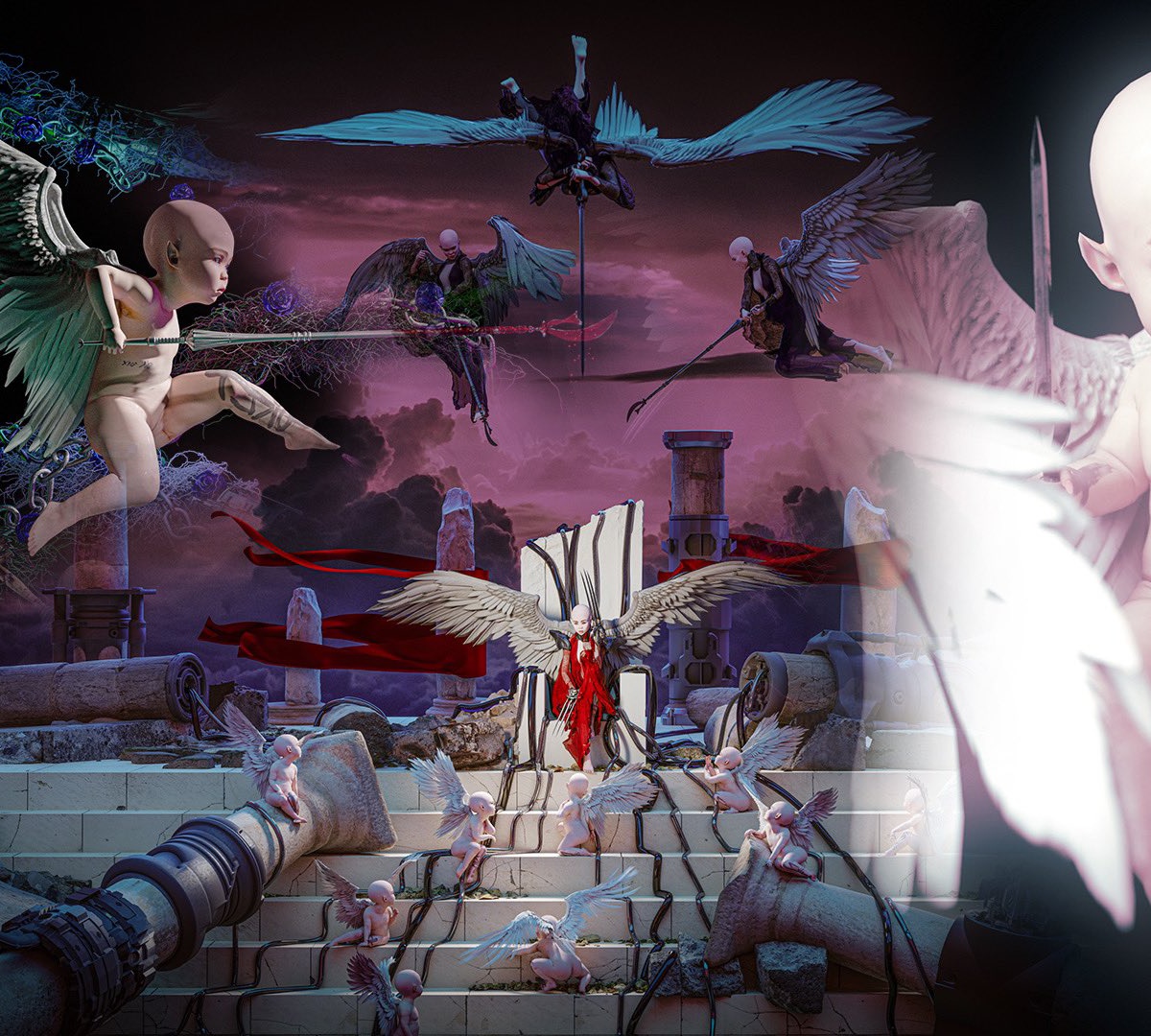 Synth-pop star (and Elon Musk’s girlfriend) Grimes made $5.8 million in under 20 minutes selling her own NFTs on Nifty Gateway on February 28. The collection of 10 NFTs, titled “WarNymph,” was a collaboration with the singer’s brother, Mac Boucher, who has worked with her several times in the past. The art itself is undeniably Grimesian: winged babies sporting javelins, tattoos and elven ears in a dystopian world — and the NFTs include snippets of Grimes’s upcoming music. The singer first announced the auction in a tweet, writing, “Enter the void.”

Electronic producer 3LAU raised $11.6 million in an NFT sale in less than 24 hours on February 27. The list of celebrities and artists goes on: Lindsay Lohan, William Shatner, and Shawn Mendes, to name a few. Lohan has made $50,000 so far. 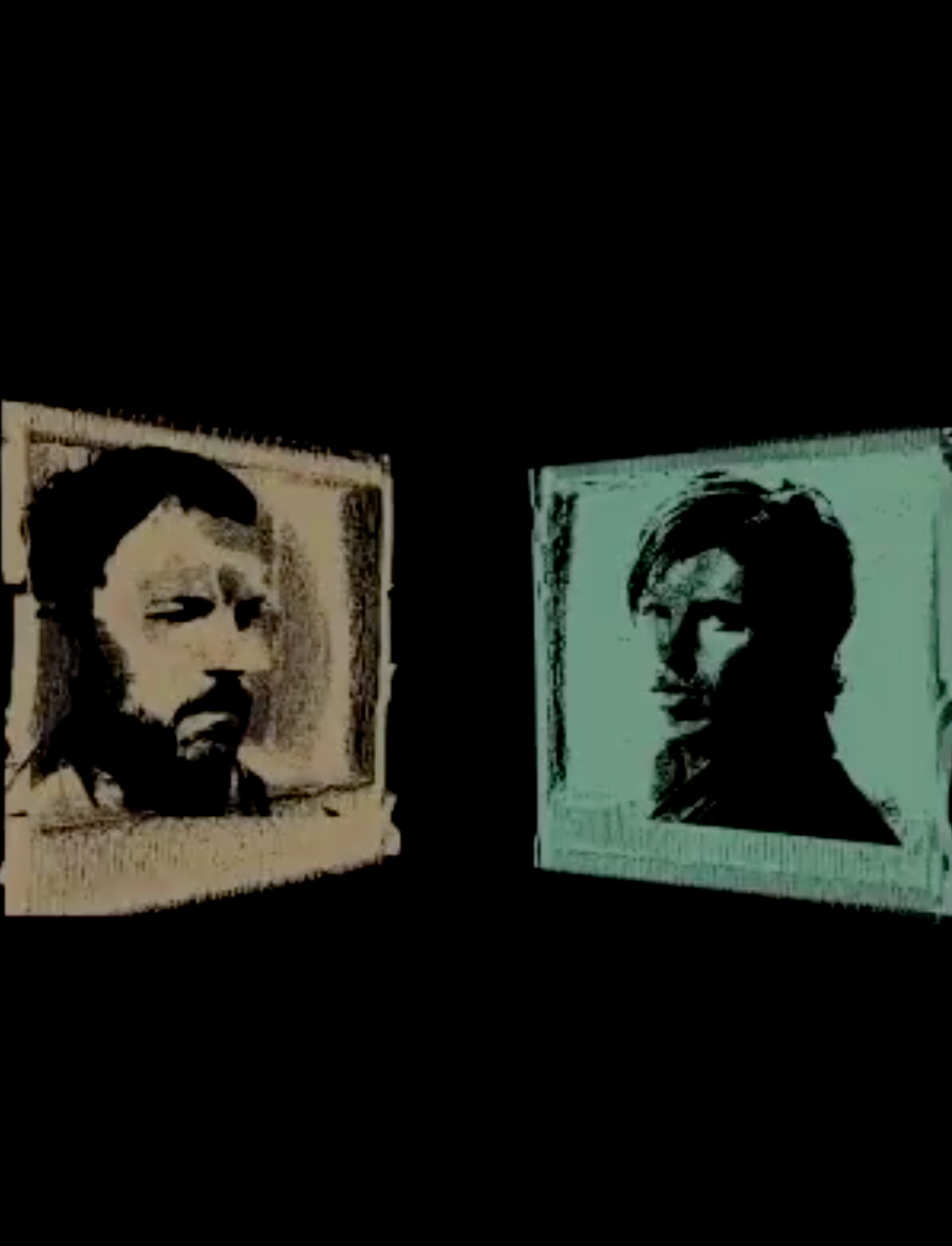 Rock band Kings of Leon are among the latest celebrities to get in on the craze. They released their latest album, When You See Yourself, as an NFT on March 5, a first for any major band. The album is still available to everyone on traditional formats, but six NFTs (in three varieties) are being sold for $50, each with different perks such as moving album covers, digital downloads, concert tickets, and a limited-edition vinyl copy of the album. The NFTs themselves are sold by live event ticketing platform YellowHeart.

Rapper Azealia Banks is taking a different approach to NFTs: while most musical artists have made NFTs as a vehicle for new music, Banks is selling a sex tape. The 24-minute audio-only tape features Banks and her fiancee, conceptual artist Ryder Ripps, having sex. The NFT, titled “I FUCKED RYDER RIPPS,” was sold for 10.00 ETH, or $17,240, to artist Rulton Fyder nine hours after it was put up for sale.

Steve Aoki is one of the more recent NFT converts. The EDM DJ sold his own NFTs via the Gemini-owned blockchain marketplace Nifty Gateway on Sunday, featuring new music and animated visual art. (Read our interview with the founders of Nifty Gateway here.)

Shawn Mendes has collaborated with Genies, a company that creates digital cartoon avatars, for a series of NFTs on OpenSea, the largest marketplace for NFTs. Genies partners with celebrities like Rihanna and Justin Bieber to create their avatars for online guest appearances. Instead of a cartoon Mendes, however, Genies made NFT artworks of Mendes’s most recognizable accessories: his guitar, gold ring, and vest. Even Mendes’ manager, Andrew Gertler, is getting in on the NFT craze with his own marketplace, STURDY.exchange. The nascent company is currently raising a seed round.

Twitter founder Jack Dorsey’s first tweet (also the first ever tweet), from March 21, 2006, was simple: “just setting up my twttr.” Almost exactly 15 years later, Dorsey has minted an NFT of the post, and it’s currently up for auction as of March 8. The current price, $2.5 million, was a bid from Sina Estavi, the CEO of Bridge Oracle, on NFT marketplace Valuables.

Soulja Boy, of "Crank That" fame, followed Dorsey’s example days later, selling five tweets as NFTs in just three hours. A signed copy of his first tweet, which reads “How do I sell my tweets,” sold for $1,288.

The latest celebrity to join the bandwagon is Rob Gronkowski, tight end for the Tampa Bay Buccaneers. The NFL player is teaming up with artist Black Madre and marketplace OpenSea for five NFT trading cards: four for each Super Bowl win, and one commemorating all four wins. The 48-hour auction begins on March 11.

Back in 2019, the NBA launched its Top Shot marketplace, where users can collect and trade highlight reels via blockchain. It has since generated over $230 million in sales, with individual clips of LeBron James going for about $200,000 each. Billionaire entrepreneur Mark Cuban, a Top Shot regular, was early on the NFT wave, frequently selling NFTs for upwards of $81,000.

“Some people might complain that I can get the same video on the Internet anywhere any time and watch it,” Cuban wrote on his blog a few months ago. “Well guess what, I can get the same picture on any traditional, physical [baseball] card on the internet and print it out, and that doesn’t change the value of the [actual] card.”

NFTs present a big opportunity for celebrities and smaller creators across the internet. They offer a controlled income stream, where you can trade digital content for cash without the revenue-sharing models you’d find on patronage platforms like Patreon or OnlyFans. But NFT drops from brands and corporations like the NBA and Taco Bell, which just yesterday launched its own taco-themed GIF NFTs, could change the landscape and draw attention (and money) away from individuals.