Today is the first day of the rest of our lives, when it comes to watching TV on OTT platforms. Yesterday, July 15, brought us the (seemingly) final streaming service coming our way when Comcast ($CMCSA) and NBCUniversal launched Peacock.

We've known for years now that various media companies and large corporations who own entertainment brands were planning on releasing Netflix competitors, and 2020 has now brought us every single one. The gloves are off, the fight has begun for your wallet, and now it's only a matter of time until we find out just how bad Netflix ($NFLX) is beating their brains in anyways.

Netflix has its quarterly earnings call later today, and if the stock approaches $600 a share it will be more valuable to the market than Comcast and Disney. 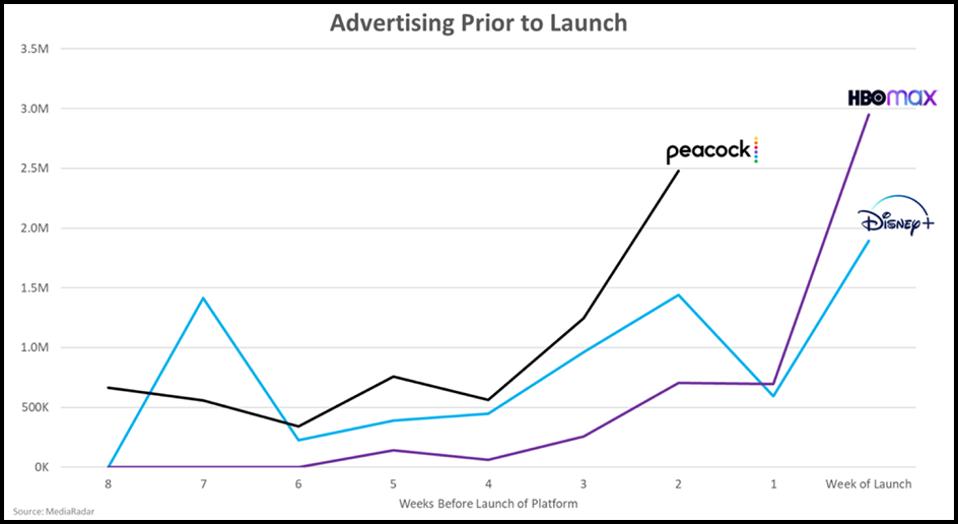 Peacock houses plenty of movies and TV shows at launch, although some of the content has already mysteriously gone missing. The killer app for Peacock is Friends, one of the most popular shows of all time. There's not much in the way of new material to keep viewers coming back for more, but considering all three price models are cheaper than most of the competition (there's a free option, a $5 a month option, and a $10 a month option without ads) Peacock is trying to wedge itself as a companion service to the likes of Netflix.

The main problem Peacock is going to have is coming out without the Summer Olympics in Tokyo to back it, as the plan was to originally launch around NBC's streaming rights to the summer games. The games are delayed until next year - at the very least - and it's not like Jimmy Fallon is hosting The Tonight Show in a studio right now either.

So instead, Peacock is just floating out there now as just another wave in the vast ocean of other streaming services to contend with, such as Time Warner's ($TWX) HBO Max, Hulu ($HULU), Disney+ ($DIS), Quibi ($QUIBI), Apple TV+ ($AAPL), lots of other smaller services we won't mention here, and Amazon Prime Video ($AMZN).

Peacock sits at the bottom of this bar chart with a little over 50,000 Twitter followers.

Peacock has a great advantage with its free version, which is more akin to Twitch, where anyone can just turn it on and find something to watch (kind of like how old cable TV worked!). And with a library that includes NBC, CNBC, MSNBC, Telemundo, E!, Bravo, Syfy, and USA, it can channel that older model with a traditional advertising model to simulate...well, channels.

Again, there are some roadblocks to Peacock becoming the next big thing: it isn't on Roku devices because of negotiations and money issues, and it doesn't have the ubiquity of a Netflix. Nor does it have the access to cheap capital Netflix does, or the library of original and non-original content, nor the years of user behavior data.

Really it doesn't have most of what makes Netflix special, and since no one can produce shows right now, costs are down and that makes the Netflix stock look outstanding in comparison to all other media and entertainment companies. Netflix viewership is up 38% recently, that's just impossible to compete against, let alone without a Tiger King or The Witcher to entice new customers.

“Peacock is the manifestation of the next version of broadcast TV. We think Peacock is the tip of the spear for the next incarnation of NBC," said chairman of Peacock Matt Strauss. Let's hope so, because it would be nice to see some real competition in the streaming space, because it's Netflix's world and we are just living in it.