The ambitious, bold and hungry start their week with The Business of Business!
People
9.28.20   4:25 PM People

The 20 brokers with the biggest legal sanctions

These are the real Wolves of Wall Street you've never heard of, and the punishments they faced.

Bernie Madoff is synonymous with financial crime. His ponzi scheme, which ran from the ‘70s to the early ‘2000s, is as famous as it was disastrous for the investors he defrauded. But for every Wall street crook that has a documentary made about them, there’s a dozen more bending the rules of the financial world for their own gain.

The Financial Industry Regulatory Authority (FINRA) is a non-government organization that works with the SEC to serve as a watchdog of the financial industry. It was established in 2007, and took over from the previous regulators, the National Association of Securities Dealers (NASD). FINRA orders millions of dollars in fines, bars and suspends hundreds of brokers, and expels multiple firms each year. They also refer hundreds of these cases for legal prosecution, all in an effort to keep the market fair and safe for investors.

Each one of these sanctions and referrals get logged in FINRA’s BrokerCheck database. The database is designed for investors who want to learn more about brokers they’re considering working with. It tracks over 600,000 broker-dealers and 3,500 investment firms, consolidating information about their licenses, years of experience, career histories — and disclosures of customer complaints and criminal, civil and regulatory violations.

To help introduce you to some lesser-known finance criminals, Thinknum scraped the BrokerCheck database to determine the 20 brokers who’ve racked up the highest FINRA fines over the years.

The firms that produce the most FINRA violaters become clear when the top 20 are mapped by their career histories, as Thinknum did in the graphic below. 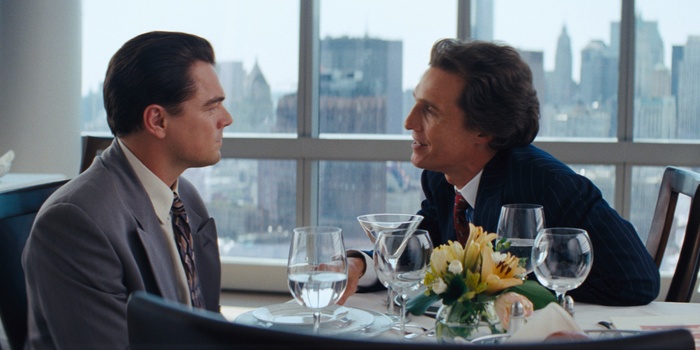 Unsurprisingly, some of the brokers who’ve received the highest fines from FINRA were involved in the ‘08 financial crisis. Mitchell Guttenberg, a former institutional client manager in UBS’ equity research department, tops the list with total fines of nearly $16 million. After a 20-year career in finance, he pled guilty in 2008 to selling non-public stock tips in what the New York Times called the most pervasive insider trading ring since the 1980’s. The ring touched most major players on Wall Street: Gutenberg was charged alongside 14 others who worked at Bank of America, Morgan Stanley and Bear Sterns among other firms. He was sentenced to six and a half years, ordered the aforementioned fine in restitution to pay back the money he stole, and of course, barred by FINRA from ever working as a broker or investment advisor again.

Guttenberg briefly worked with No. 2 on the list of FINRA’s biggest crooks, “Artificial Intelligence schemer” Burgess Hallums at UBS. Hallums’ scheme wouldnt collapse until 2011 and his career lasted until 2014, when he pled guilty to multiple felonies for scamming $10.8 million from nearly 60 people, who invested in his “Innovation Fund.” Hallums told investors that his fund used a computer program drawing on artificial intelligence to make stock decisions and promised it’d make them rich, while overstating the value of the fund and using money for new investors to pay off old ones, Ponzi-style. FINRA eventually ordered him to pay over $11 million, some of which went to his victims.

Some of these firms are obvious. A handful of names that crack the top 20 belong to executives involved in the 90’s securities fraud and money laundering scandal led by Jordan Belfort, founder of infamous firm Stratton Oakmont, which was immortalized in The Wolf of Wall Street. These include FINRA’s No. 12 fraudster Mark Hanna, who’s iconically portrayed by Matthew McConaughey telling Leonardo DiCaprio’s Belfort that cocaine and jerking off twice a day are the key to success in business. Hanna worked at LF Rothschild when he met Belfort, and the pair opened Stratton Oakmont in 1990. He also founded the Harriman Group Inc. (HGI), where he was working when he pled guilty in 2002 for selling more than 3,500 customers shares in initial public offerings whose value he’d inflated.

Hanna was indicted alongside 10 other brokers who used to work at Stratton Oakmont. He spent six and a half years in prison, and FINRA fined him $5 million, though eventually he was ordered to pay over $38 million in restitution according to Associated Press. Lately, Hanna’s out of jail, offering public speaking gigs and promoting his three books Sales God: The Spirit of Selling; Bulls Bears, Wolves & Pigs and Fugazy Fugaazy It’s a Wazy It’s a Woozy, all of which document his time on Wall Street.

Despite racking up higher FINRA fines than Hanna, neither No. 8 Bryan Herman or No. 10 Alan Lipsky scored speaking parts in Wolf of Wall Street. Herman and Lipsky were the head trader and vice president respectively of Monroe Parker Securities, which was linked to Stratton Oakmont, in fraud schemes that involved both excessively marking securities for companies like Steve Madden and United Leisure, and luring in investors with blue-chip stocks like I.B.M before guiding them towards stocks in companies in which Monroe Parker held majority shares. Each was indicted on grand larceny and fraud, fined around $5 million and barred from finance. 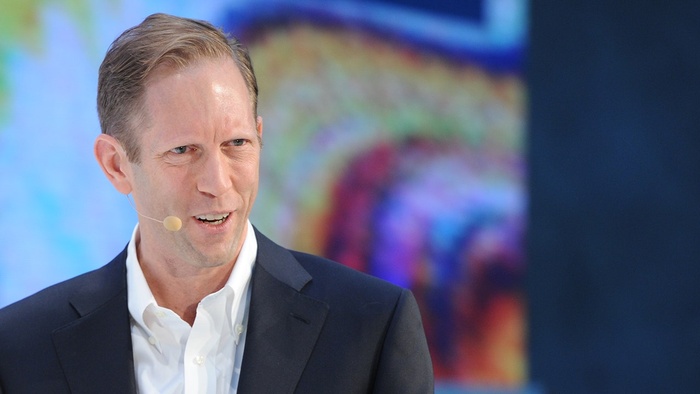 Stratton Oakmont and HGI also links No. 14, Brain Scanlon, a broker so well-known for his smooth talking phone tactics that tapes of him selling stocks via cold calls were passed around in finance in the early 2000s. He worked at Stratton Oakmont in the early 90s, like Hannah, he was eventually fined $5 million and barred by FINRA while working at HGI 1998 for fraud.

Considering what a free-for-all the aughts were on Wall Street, not all that many people paid for it. A couple of the guys who did were No. 6, Jack Grubman, the 90’s hotshot analyst at Smith Barney who was dubbed the “telecom Kingmaker” by the Wall Street Journal, and No. 18, Henry Blodget, who was head of the global Internet research team at Merrill Lynch when the dot com bubble burst. They were fined $7.5 million and $4 million respectively and barred from the industry in 2003 after an investigation into research analysts who, as Wired puts it, “publicly recommended stocks they privately disparaged,” mostly for tech companies and websites.

Grubman and Blodget were two of the only people to be individually fined, although 10 top firms including Merrill Lynch, Citigroup and Credit Suisse First Boston paid out $1.4 billion. This led to Grubman “breaking his silence” years later to accuse the SEC of scapegoating people like him and Blodget for the industry’s crimes. They shouldn’t complain too much; Blodget remade his name by founding Business Insider in 2007. He still serves as the CEO and editorial director. Meanwhile, Grubman is a managing partner at Magee Group, which gives strategic advice to media and tech companies. 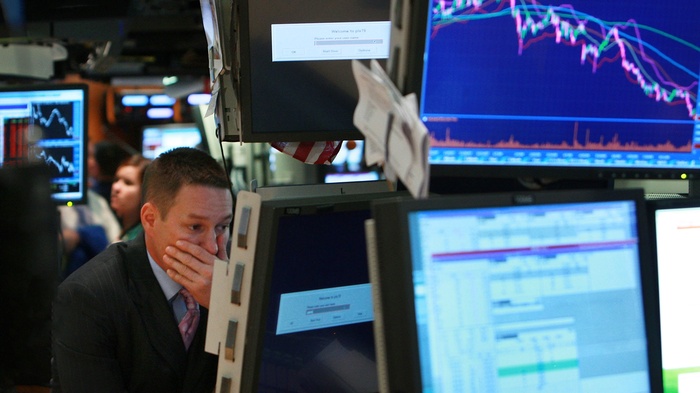 Many of these crimes now seem like ancient history, and studies show FINRA’s enforcement “softening” over the years. The sum of FINRA’s total fines dropped 28% in 2019, down to $44 million from $61 million in 2018. This can partially be attributed to the bull market, at least pre-coronavirus. As the leader of the study Brian Rubin, a partner at Eversheds Sutherland, points out, investors tend not to complain about their brokers when their investments are doing well.

That doesn’t mean everyone’s getting away with it. Broker No. 3 Vincent Falci made the list just two years ago. The New Jersey investment manager was sentenced to 15 years in prison in 2019 for running a $10 million Ponzi scheme. The hefty sentence checks out considering Falci was a former fire chief who fraudulently invested the pensions of a number of his firemen buddies, and used his earnings to buy his family’s seven houses. Recently, his request for compassionate release into home confinement during the COVID-19 pandemic was denied.

Some of the brokers involved in the wildest financial criminals weren’t fined a penny by FINRA. Former star Morgan Stanley broker Ami Forte was barred in 2018 by FINRA for mismanaging accounts of her client and lover, the late Home Shopping Network co-founder Roy Speer. Forte met Speer in the 1990’s and their business and romantic relationship continued up to his death in 2012, including after he began suffering from dementia and “severe cognitive impairment.”

In the last year of his life, according to Tampa Bay Business Journal (in 2013 she was the journal’s “BusinessWoman of the Year), she took made more than 2,800 trades in his accounts that earned her over $9 million in commissions, including the movement of $14 million from one account during period when he was hospitalized. The scandal lost Forte her job at Morgan Stanley though she escaped being fined although FINRA, claiming she merely “aided and abetted” Charles Lawrence, another broker who worked on her team at Morgan Stanley. Her industry ban was her only punishment in the end, and she even sued Morgan Stanley for wrongful termination.

Economic crime surged during the last recession. If, as Rubin points out, investors are less likely to make complaints about their brokers when the economy’s booming and more likely to scrutinize them when it’s not, than we can expect a serious haul of FINRA fines to emerge over the next few years, or maybe even a new player or two on this list.