The ambitious, bold and hungry start their week with The Business of Business!
Tech
4.3.18   5:48 PM Tech

When Steve Jobs opened two Apple Store locations in 2001 - one in Tysons Corner, Virginia and another in Glendale, California - many people (myself included) thought he was silly. After all, we thought, who wants a store full of Apple stuff when we can get it at Best Buy?

And then we walked into the Apple Store, and we fell in love. It was clean, it was open, we could touch the devices, play with them, use them. And there were no pushy salespeople. And there were no shopping aisles. There were people called "Geniuses" who could answer our questions. It was different.

Turns out millions of people agreed, and there are now 501 Apple Stores in 24 countries.

Microsoft ($MSFT), looking for a piece of the retail action, launched the very-similar Microsoft store 2009, starting with a single location in Scottsdale, Arizona. It looked just like Apple Store complete with open spaces and "Technical Advisors" (Microsoft's version of the Apple "Genius"). Microsoft now has 116 Microsoft Stores in 5 countries.

Microsoft's strategy for the stores doesn't stop at their look and feel, though. It turns out that Microsoft opens Microsoft Stores right next to Apple Stores.

When mapped together, the results are telling, if not even a bit amusing. 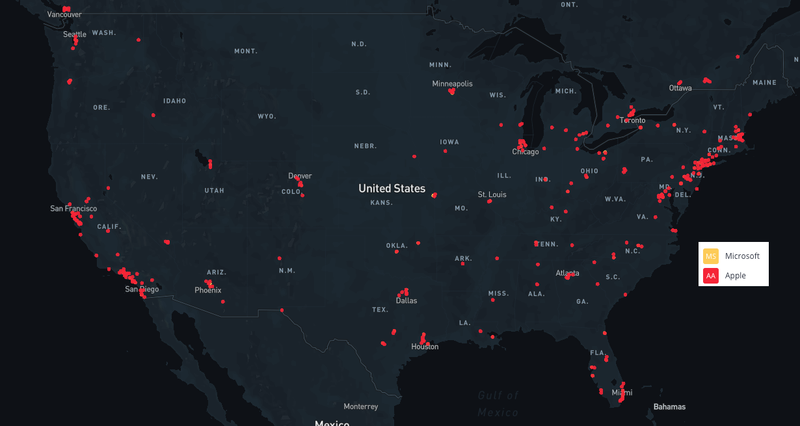 When zoomed in to various metropolitan areas, though, a clear pattern emerges: 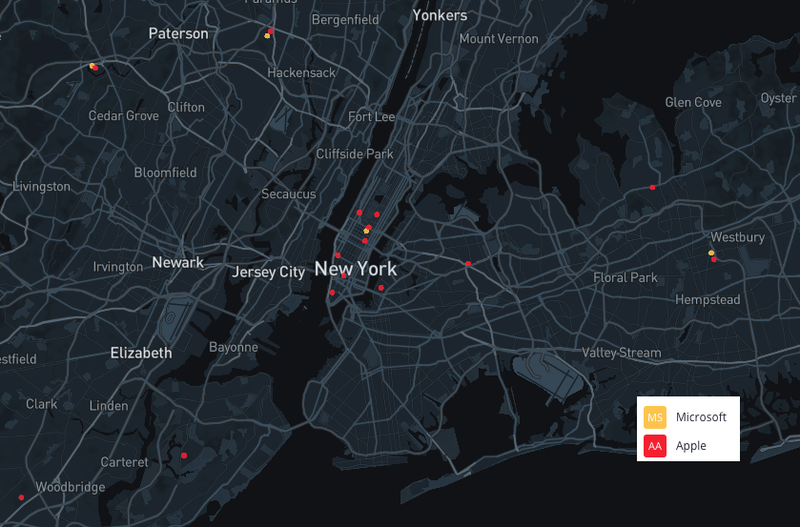 See those little yellow dots peeking out from what appears to be right under the red ones? Those are the Microsoft Stores. Zooming in even closer in other metropolitan areas uncovers more of the same, sometimes to stalker levels. 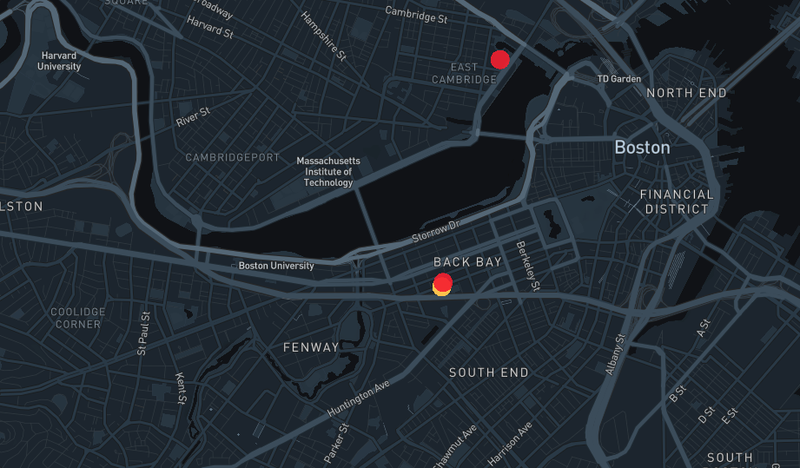 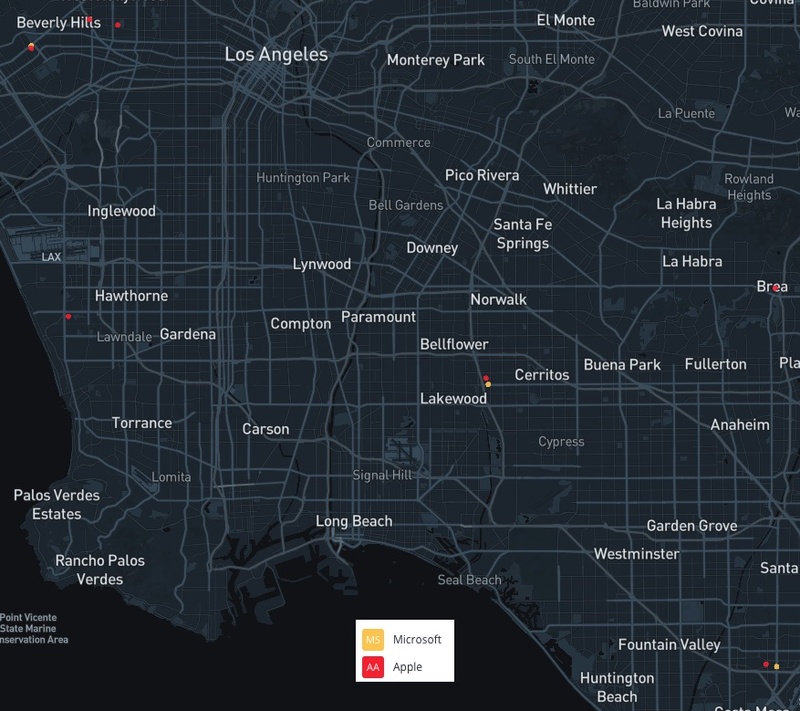 According to our location data, aside from a lone Microsoft Store in San Juan, Puerto Rico, there isn't a single American Microsoft Store that isn't within a few blocks of an Apple Store.

So the next time you're shopping for a new iMac, rest assured that if you want to grab a copy of Windows to install, there's a decent chance there's a Microsoft store nearby.