The ambitious, bold and hungry start their week with The Business of Business!
People
5.28.19   6:21 PM People

We tracked the foot traffic at GoHealth and NextCare's urgent care centers in New York and Texas over the Memorial Day weekend. Here's what we found:

Memorial Day weekend is one of the busiest travel days of the year, and also when vacationers and staycationers are prone to injury. Grill fires, jellyfish stings, and bad beef happens, but rather than spend four hours in the ER, some people pop over to the nearest Urgent Care center to get treated.

That brings us to GoHealth ($PRIVATE:GOHEALTHUC), an urgent care company that is partnered with Northwell Health ($PRIVATE:NORTHWELLHEALTH), one of the largest non-profit healthcare networks in New York. With a metro population of 20.3 million people, the New York City area had millions of people celebrate the holiday either out on the Hamptons, Fire Island, on any of the other beaches, at the pool, or at home with a piping hot grill.

GoHealth and Nexcare both publish wait times for their various locations, ostensibly as a way for customers in need to gauge where they may find help in a timely manner. But this data also provides a fascinating — and useful — look at how the nascent urgent care industry ebbs and flows when it comes to customer traffic patterns.

For GoHealth, its urgent care centers were the busiest at 9 a.m. on Memorial Day, according to traction data that tracked the number of patients on line at all of its locations every hour. 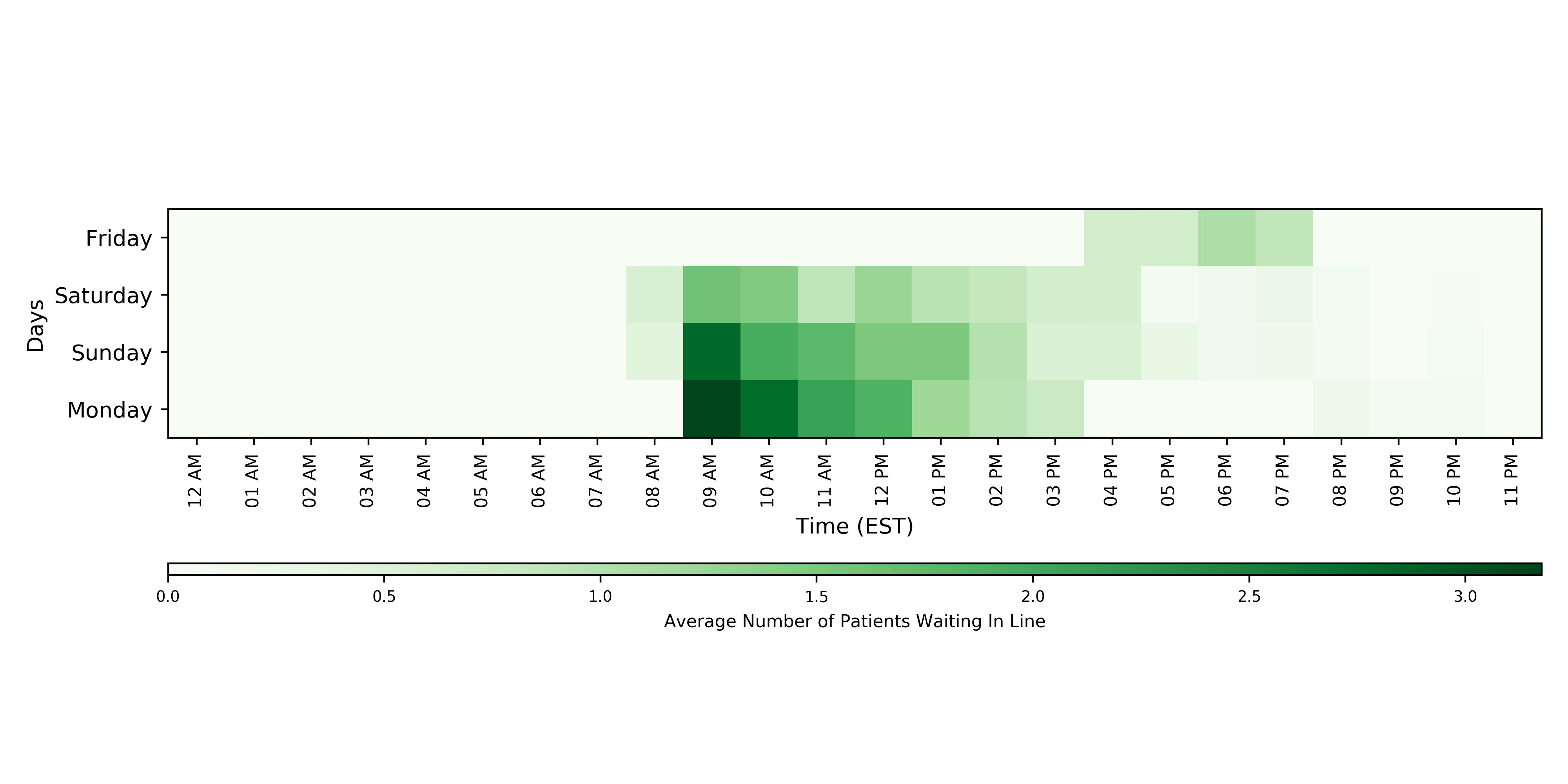 Therefore, it's safe to say that those wanting to head to the urgent care center on Memorial Day morning had to wait about 25 minutes to get treated. Is that bad? Absolutely not; the average wait time in the Emergency Room — the only other medical option during the holiday since primary care offices are usually closed — is 21 minutes in New York, but treatment time is 2 hours and 39 minutes, a far cry from a 40 minute visit to an urgent care center for burn, cut, or food poisoning treatment.

The busiest location during the long weekend was in Bay Shore, a hamlet on Long Island directly across the water from the popular tourist destination Fire Island. The Hampton Bays also ranked among the busiest centers, mostly thanks to a whopping 12 people waiting on line when we checked in at 1 p.m. EST on the Sunday before Memorial Day.

GoHealth's Long Island locations in New York were far and away busier than the Manhattan locations, according to this data. Nine out of the ten top urgent care centers by traffic were on Long Island, with Forest Hills in Queens being the only non-LI location within the top-10.

It just goes to show you how many city slickers head out to the island for vacation... And also end up injured out there too.

Another large urgent care operator, NextCare ($PRIVATE:NEXTCARE), has its holdings spread out across the United States like GoHealth.

For the sake of this analysis, we'll focus in on its centers in Texas, one of the most populated states in the country. 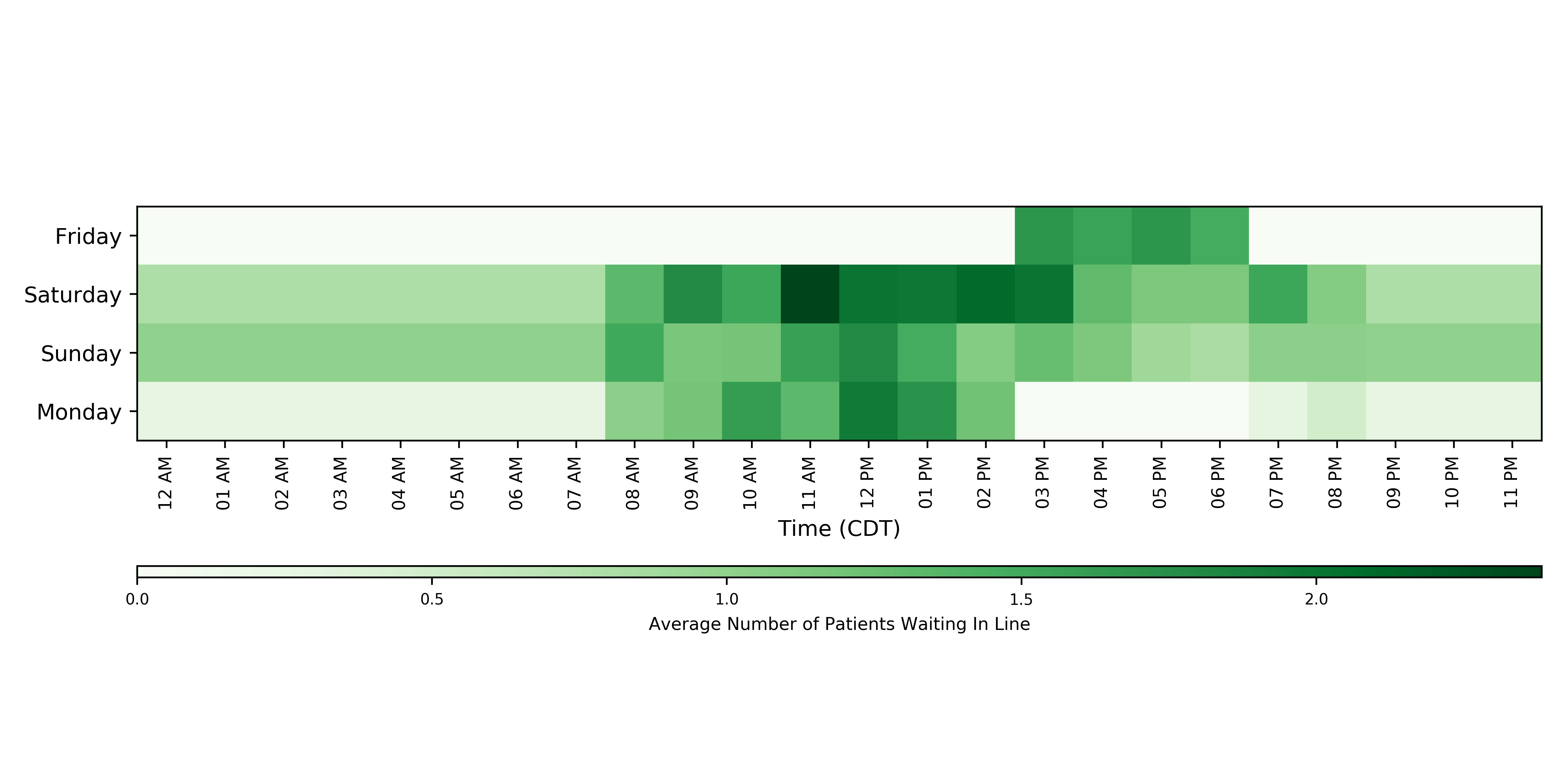 San Antonio had the most people waiting in line, on average, during trips to Urgent Care centers. This breakdown was done by city, which is slightly unfair to the other smaller towns with only one urgent care center location, as San Antonio has five centers owned by NextCare.

Still, San Antonio saw the busiest center in the state, as its Culebra Road location had its line max out at 22 people on line at 5 p.m. CST on Saturday, May 25. The urgent care's location near a shooting range and SeaWorld — as well as the city having a mosh-pit-friendly Metal Festival that day — all are especially interesting footnotes when looking at this spike in the number of people waiting in line.

We reached out to Northwell, GoHealth, and NextCare for comment about these traffic trends at their urgent care centers over the holiday weekend.