The ambitious, bold and hungry start their week with The Business of Business!
Markets
4.8.19   6:18 PM Markets

Why Arkansas is the McDonald's capital of the world

For every 20,000 people in Arkansas, there is a McDonald's ready to take their order.

America knows that, if it ever needs two all beef patties, special sauce, lettuce, cheese, pickles, onions on a sesame seed bun, it can go to one of over 14,000 McDonald's ($MCD) from coast to coast.

Back in 2004, Morgan Spurlock found there were four McDonald's for every square mile of Manhattan Island. And, as seen in our database of store locations, Manhattan is home to dozens of Golden Arches from Washington Heights to Wall Street. 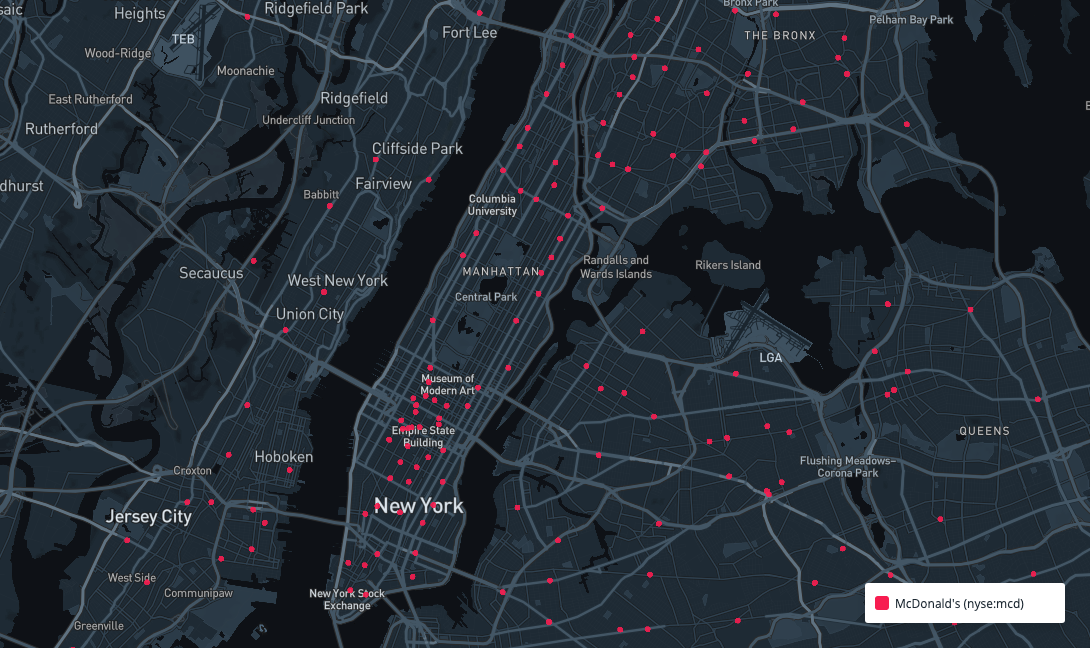 But we already know that Manhattan has a ton of, well, everything. People, restaurants, non-functioning public transit systems. The Big Apple is king for all of those, and with that comes an expensive price tag for living and doing business in the metro area.

The real question is where McDonald's is really saturated, and we're not talking about fat. We're talking about population density. 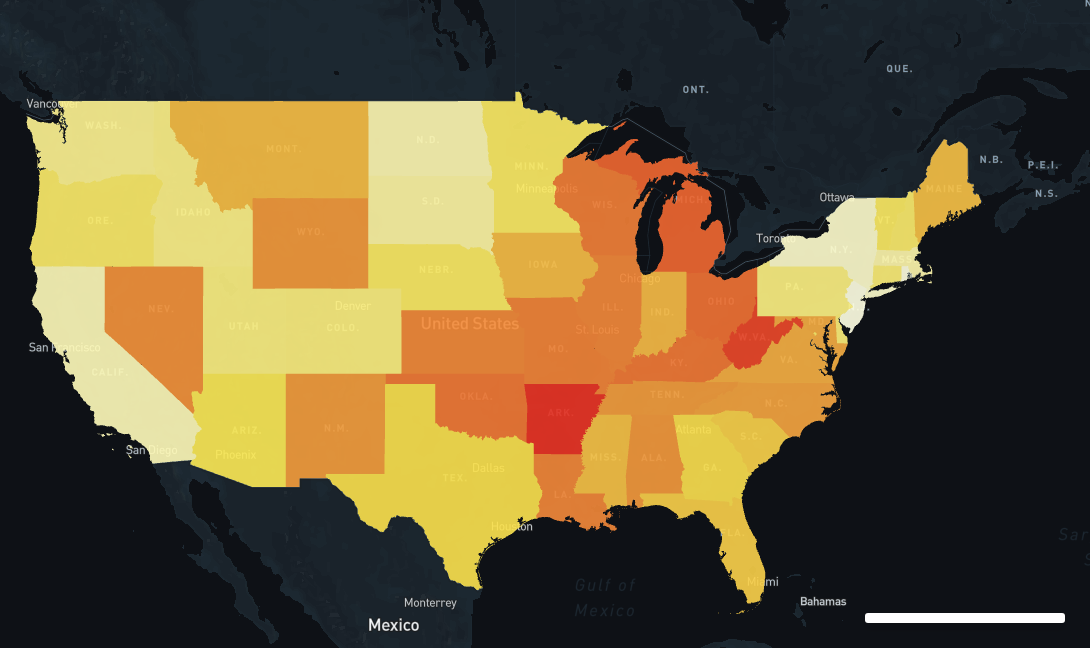 As shown in the above heat map, Arkansas has the most McDonald's restaurants (172) per capita. In other words, for roughly every 20,000 people in Arkansas (according to 2016 population data), there is a McDonald's ready to take their order. You can see the exact statistics for Arkansas, as well as the other 49 United States, below.

(Note: Click the menus to change colors of McDonald's stores. You can also toggle the overlay on/off to just show store locations.)

Although West Virginia is right on Arkansas' tail for having the most McDonald's per capita, it does so with nearly half the number of people.

Oregon rivals Arkansas for the McDonald's per capita title.

Although Oregon is in the middle of the pack for Chicken McNugget joints per capita, it holds the title for the most McDonald's per capita when broken down by county.

That's because there is a single McDonald's in Sherman County, Oregon, where it has a population just under 2,000 people.

The lone McDonald's located in Wasco, Oregon, has a population of 405 people. For context, McDonald's serves well over 405 customers every second, as in 2012, the company had 62 million customers a day.

While this look at McDonald's is all in good fun, this also brings up a few other interesting questions. Who knows the density profiles of some of the largest retailers in the world, such as Walmart, Ulta Beauty, and Best Buy?