The ambitious, bold and hungry start their week with The Business of Business!
Markets
10.4.18   6:57 PM Markets

Mattress Firm's stores tend to be clumped close together; nearly half of all of its stores are within a one mile radius of each other.

Mattress Firm ($MFRM) is the largest mattress retailer in America with 3,420 store locations across 49 states and Washington D.C. Over the past decade, it bought out competitors such as Sleep Train, Sleep Country USA and Sleepys. The Sleepys deal happened in 2016, the same year that Mattress Firm was acquired by Steinhoff International for $3.8 billion.

According to a Reuters exclusive, Mattress Firm may be filing for bankruptcy protection as soon as the end of this week. This is likely spurred by its rapid expansion in spite of several mattress-in-a-box competitors breaking out in recent years.

UPDATE: Mattress Firm officially filed for Chapter 11 bankruptcy today, with CEO Steve Stagner stating, "we will exit up to 700 stores in certain markets where we have too many locations in close proximity to each other."

When we last wrote about Mattress Firm, there were several concerns with the company, such as executive turnover, peculiar Google reviews and, of course, redundant locations. Now that this bankruptcy will affect its retail footprint, especially in those redundant locations, it's worth revisiting the Mattress Firm bubble effect with new data insights.

At a glance, here's where all of its stores — including its Dallas-based subsidiary Sleep Experts — are located: 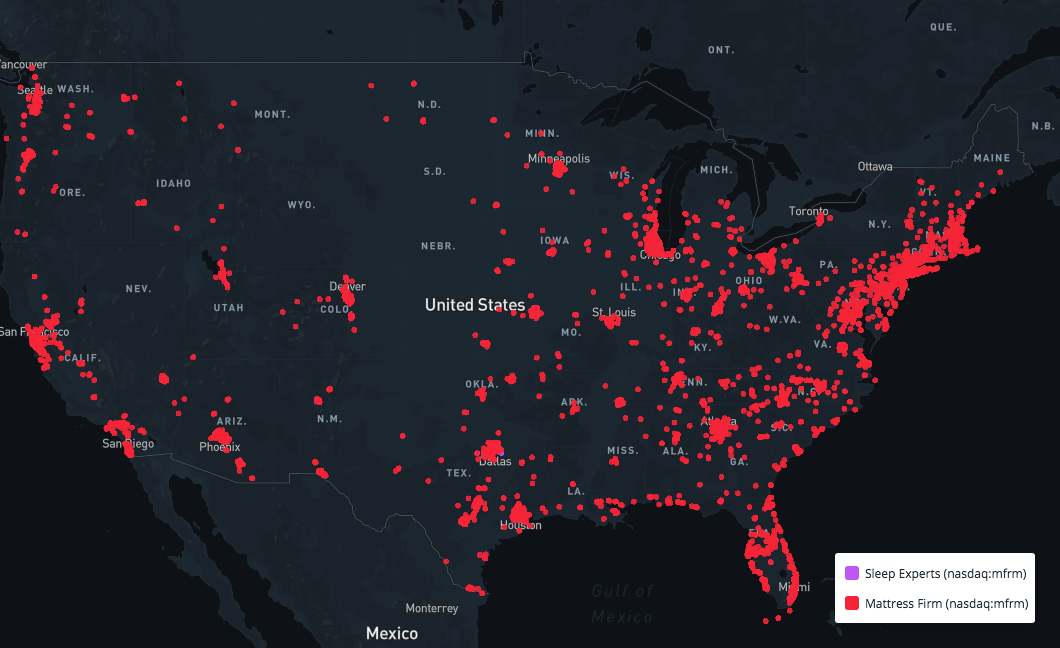 On a granular level, it's not about whether it has locations in major metropolitan areas, but if it is too overexposed in those regions. According to Mattress Firm store location data, 42.6% of all retail locations are within a one mile radius of each other. In other words, for nearly half of all Mattress Firm stores, there is another franchise location around the block or within a short driving distance.

For example, there are a few store clusters north of Atlanta, Georgia, and an especially egregious example in Brandon, Florida outside Tampa. 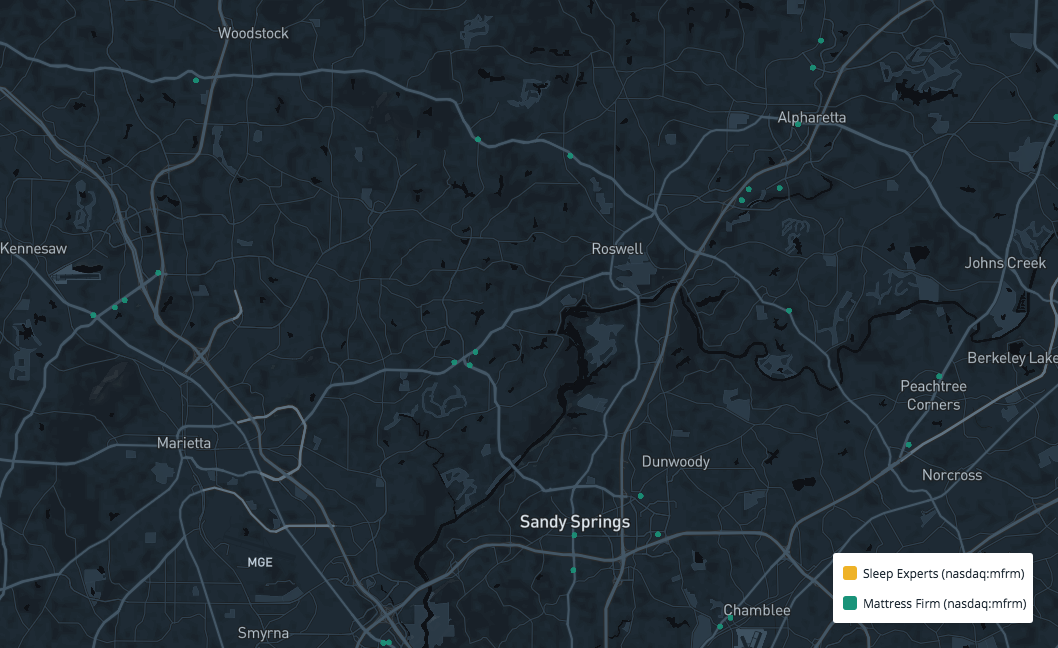 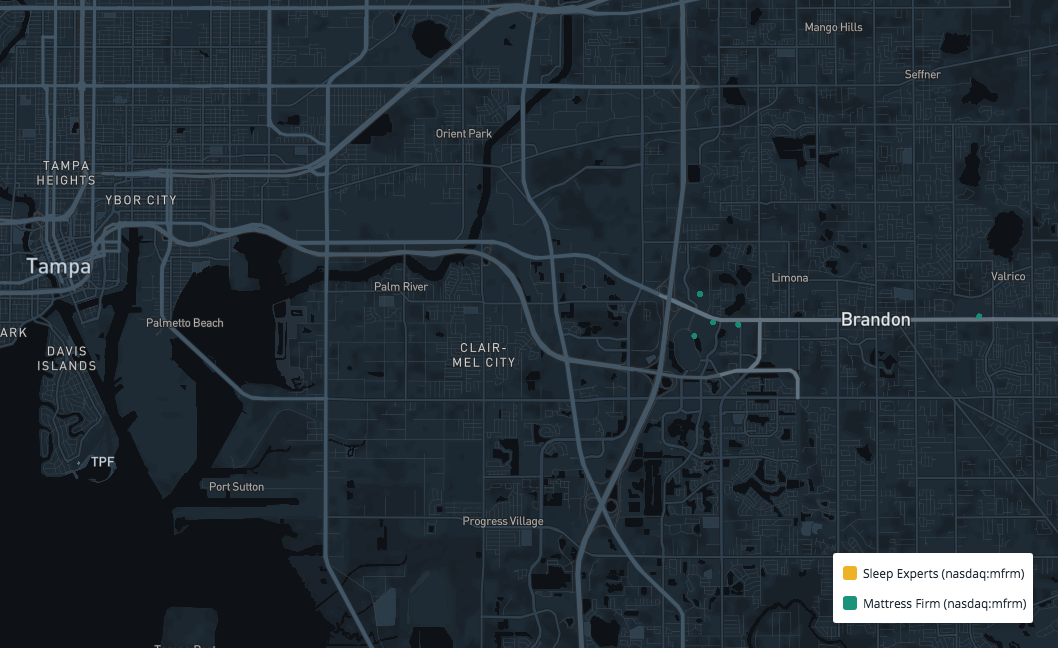 While it may not see like much on map, these examples are where Mattress Firm has two locations right down the block from each other. And that, according to the product they sell, is interesting.

If two different retailers open near each other with competing products, it makes sense through Hotelling’s Model of Spatial Competition — or in layman's terms, because it's a key location in a hot market. But that rule might not apply to two of the same store, especially when those stores sell a product that usually isn't replaced until a decade later.

Here are the top-ten states that have the largest percentage of repetitive stores:

Of course, rural states such as Idaho and Maine rank high on the list, as Mattress Firm doesn't have that many populated cities to cover. But looking at its home state of Texas, where it has the most stores out of any state, nearly 2/3rds of Mattress Firm and Sleep Experts locations are in close proximity to each other.

This issue extends to Mattress Firm's other prime states; when looking at the top-ten states by total Mattress Firm locations, all but three have over 40 percent of locations near each other.

So yes, Freakonomics, its seems we are living in a mattress store bubble. And if Mattress Firm files for bankruptcy — which would give it the opportunity to shrink its number of retail locations — that bubble is about to burst.