The ambitious, bold and hungry start their week with The Business of Business!
Markets
2.13.18   8:55 PM Markets

Lululemon drops prices as well as dropping its CEO

Lululemon is not typically known as a discounter. Their prices are high, their products are high-end, and they rarely discount - so it's surprising they added a fistful of products to their closeout special line on December 26th last year.

Lululemon is not typically known as a discounter. Their prices are high, their products are high-end, and they rarely discount - and when they do, they tend to follow their own schedule, rather than traditional times such as after-Christmas sales. So it's surprising they added a boatload of products to their "We Made Too Much" closeout page on December 26th.

Last August, Credit Suisse analyst Christian Buss told Barron's he thought the company’s “markdown intensity” was higher than normal. He was late to the party, as you can see from our data (Thinknum tracks a number of retailers, taking daily snapshots of their numbers to establish a data trail). Lululemon's unusual discount binge had peaked in July. But the current peak is higher than its ever been.

Lululemon is a Canadian firm, based in Vancouver; like the mother country Great Britain, they celebrate the day after Christmas as Boxing Day. This year they decided to celebrate with a whole week of clearance items, adding more as they went along. We're at Valentine's Day, and it hasn't dropped back to more normal levels yet.

And last week, they added their CEO, Laurent Potdevin, to the housecleaning as well. 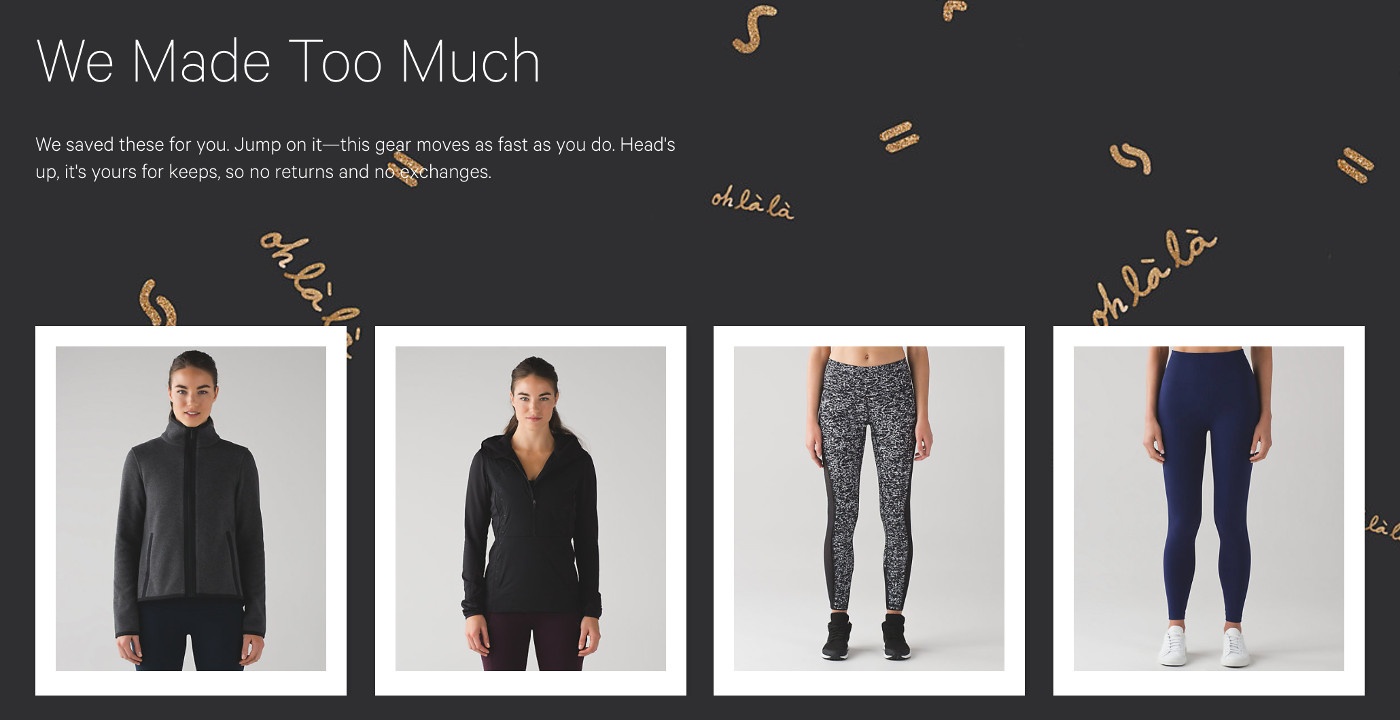