The ambitious, bold and hungry start their week with The Business of Business!
People
5.7.18   7:39 PM People

Long Island is the most expensive place to store your stuff

One of the things we track here at Thinknum is the locations and prices of self-storage companies throughout the United States and the world.

Why? Well, because the self-storage business is a $38 billion industry in America, and it's growing. That's because Americans have stuff - lots of it - and they need a place to put it all.

So we took a look at America's largest self-storage company, Public Storage ($PSA), and cost-averaged over 100,000 individual storage units in 915 cities. We then grouped them by city to determine which cities are the most expensive - and cheapest - places to put your stuff. It turns out that the most-expensive place to store yourself is in Garden City, NY, an urban area just outside New York City. When it comes to the least-expensive place to store your things, Norman, Oklahoma (just outside of Oklahoma City) takes those honors.

The map below shows Public Storage locations in the United States (click for a larger view): 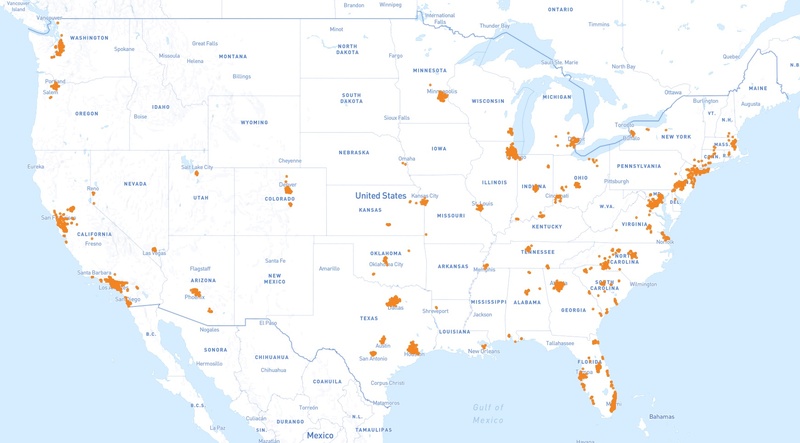 Curious Thinknum subscribers can the the raw data here.