The ambitious, bold and hungry start their week with The Business of Business!
Markets
2.3.22   9:59 PM Markets

Lime, the scooter rental company people love to hate, is navigating a rocky road to an IPO

The company has overcome a pandemic ridership drop-off and public backlash, but it still has a long way to go to dominate the “micro mobility” market.

If you’ve ever angrily stepped over a scooter discarded on a sidewalk (or noticed an uptick in people gleefully riding them at 2am), there’s a good chance you’re familiar with Lime. The scooter-rental company, which has sprouted up in cities around the globe, is seen as both a step forward in urban transportation and a nuisance, depending on who you ask.

Investors will soon have the opportunity to channel their feelings about the company into an anticipated initial public offering. CEO Wayne Ting suggested in November that he might be taking Lime public sometime in 2022, revealing his plans in connection with a $523 million funding round from the likes of Abu Dhabi Growth Fund, Uber, and Fidelity Investments.

It’s unclear as of yet how much Lime might raise in an IPO. The San Francisco-based scooter rental company was valued at $510 million in May 2020, representing a 79% drop from its valuation before the pandemic.

Lime has come a long way from its launch in 2017, although undoubtedly it’s been a bumpy ride. After starting with just one mechanical bikeshare fleet aimed at students at the University of North Carolina in Greensboro, Lime is purportedly now offering e-scooters, e-bikes or e-mopeds in 200 cities in 30 countries. That was the number given to us by the company’s press team, anyway. On its website, Lime lists 167 markets — including at least one, Boston, where it is no longer operating.

Stumbling blocks have included regulatory challenges, a temporary 95% drop in ridership during the early stage of the pandemic, scooter reliability problems, public backlash, and of course, intoxicated users tossing its inventory into various bodies of water. Few products have been so polarizing as Lime’s scooters, inspiring both passionate enthusiasm of riders and the zealous ire of pedestrians and drivers. From the sleepy nooks of Little Rock, Arkansas to the noisy clubbing districts of Berlin, the scooters have caused controversy.

Proponents appreciate the convenience of the scooters and support Lime’s mission of providing fast, inexpensive ways to get around that are more sustainable that other methods of transportation. Detractors complain about improperly parked scooters blocking sidewalks and criticized Lime’s permissive approach towards careless riding behavior, as well as underage and intoxicated riders.

Social media is rife with tongue-in-cheek celebrations of the destruction of Lime’s scooters and schadenfreude at the epic fails of overconfident riders. There are even Twitter accounts that specialize in broadcasting anti-scooter sentiment. 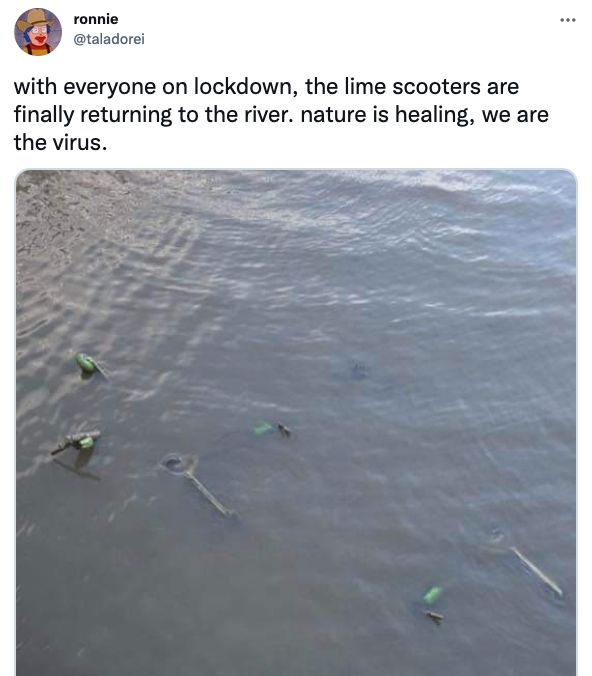 Ridicule has often come in step with unfavorable treatment by municipal governments. Despite calling San Francisco home, Lime has arguably faced the strongest headwinds in the Golden State. In 2018, Lime raised public ire by dumping scooters on the city streets without permission.

In an act of suspected revenge, the city’s transportation agency refused to issue operating permits to Lime and some other e-scooter companies. Lime won in the end, though. The decision was reversed after the company mobilized its user base and encouraged riders to reach out to city officials.

In 2020, a group of nearly 50 riders filed a lawsuit in California against Lime claiming they were injured by faulty scooters. The following year, it reached a $8.5 million settlement in a labor dispute in San Francisco Superior Court for misclassifying “juicers” (people hired to charge scooters) as contractors.

Some cities such as Miami have introduced new safety regulations aimed at Lime and other e-scooter riders, such as mandating helmets and implementing a 10 mph speed limit on sidewalks. These regulations couldn’t dispel concerns about alleged notoriously short lifespans of Lime scooters, rumored to be less than a month, however. The scooters were often damaged by vandalism and rider carelessness.

Turning the story around

Lime addressed some of those issues by rolling out the so-called Gen4 scooter fleet in 2020, followed by a $50 million investment in a Gen4 e-bike in 2021. The new scooters and e-bikes contain swappable batteries for easier charging and more durable elements. Lime claims that the updates have resulted in an increased average ride time and improved ride ratings.

Like many high-growth startups, Lime has struggled to turn a profit. But it has begun to turn around its fortunes. The steep pandemic ridership drop-off was reversed when Lime started promoting its vehicles as a socially-distant way to travel.

It got a $170 million lifeline from Uber and other investors, allowing it to absorb Uber’s Jump e-bike fleet. It also reduced costs by trimming its workforce in April 2020.

Based on a count of Lime employees on LinkedIn, gathered by Thinknum, the company has still not returned to pre-pandemic levels of employment.

The lean approach paid off as Lime posted a positive operating cash flow for the first time in Q3 2020, albeit this result would not be repeated until Q3 2021.

Thinknum’s App Store ratings count data (a proxy for app downloads) shows that over the past two years Lime had its largest percentage increase in app ratings in Q3 of 2021, with a 5% quarter-to-quarter bump. The chart below shows  how faster growth correlated with Covid case spikes in the spring and fall of 2020.

The increased user growth in Q3 2021 can likely be attributed to a global vaccine rollout and the resumption of many of the activities that prompt people to hop on an e-scooter. While app downloads have slowed in Q4 2021, likely as a result of the Omicron wave, the past year has shown Lime's ability to attract new users even during harsh times.

While it’s made significant progress, Lime still has a long way to go until it establishes itself as the world’s top “micro mobility” provider, as there is no shortage of competitors. Bird, Lime’s most prominent rival, operates in over 100 cities worldwide and has been trading publicly since November 2021. Superpedestrian, a micro mobility startup that spun out of MIT has long been in the e-scooter business. Additional challengers include city bike share programs and public transportation systems, which are bound to become more attractive to passengers as the pandemic threat subsides.

Those that will rush to buy Lime’s stock may bet on the company’s ability to nimbly maneuver itself around market obstacles, not unlike an e-scooter rider deftly weaving through Los Angeles traffic at rush hour. While the odds may be stacked against them, they are determined to reach their destination even if it means occasionally defying traffic rules.