The ambitious, bold and hungry start their week with The Business of Business!
Markets
4.22.19   6:14 PM Markets

Miguel Patricio is coming to Kraft Heinz, and it seems the company is giving him plenty of fresh talent in marketing to work with.

On June 30, Bernardo Hees will step down as the executive of Kraft Heinz ($KHC). In his stead, Miguel Patricio, the former Chief Marketing Officer of Anheuser-Busch InBev ($BUD) will take over as CEO.

As Kraft Heinz looks beyond a rough 2018 when it struggled to sell its products, Patricio will settle into the company while it is in the middle of a marketing hiring blitz.

From September 2018 to March 2019, Kraft Heinz was hiring for dozens of positions containing the keywords "marketing," "content," or "brand," three indicators of how the overall Kraft Heinz marketing department is hiring. While the data did not specify the exact departments for all of its job openings, these keywords tracked over time shows how much Heinz Kraft is investing into these divisions over time.

Over the past month, the company saw tens of positions taken down and few new ones put up, indicating that those positions have either been filled, or in the process of being filled as the new CEO takes office.

Right now, Kraft Heinz is hiring for, among hundreds of other positions, a Marketing Executive based in Hong Kong, several senior brand and marketing managers, and dozens more positions, especially those at the intermediate, entry, and intern level. 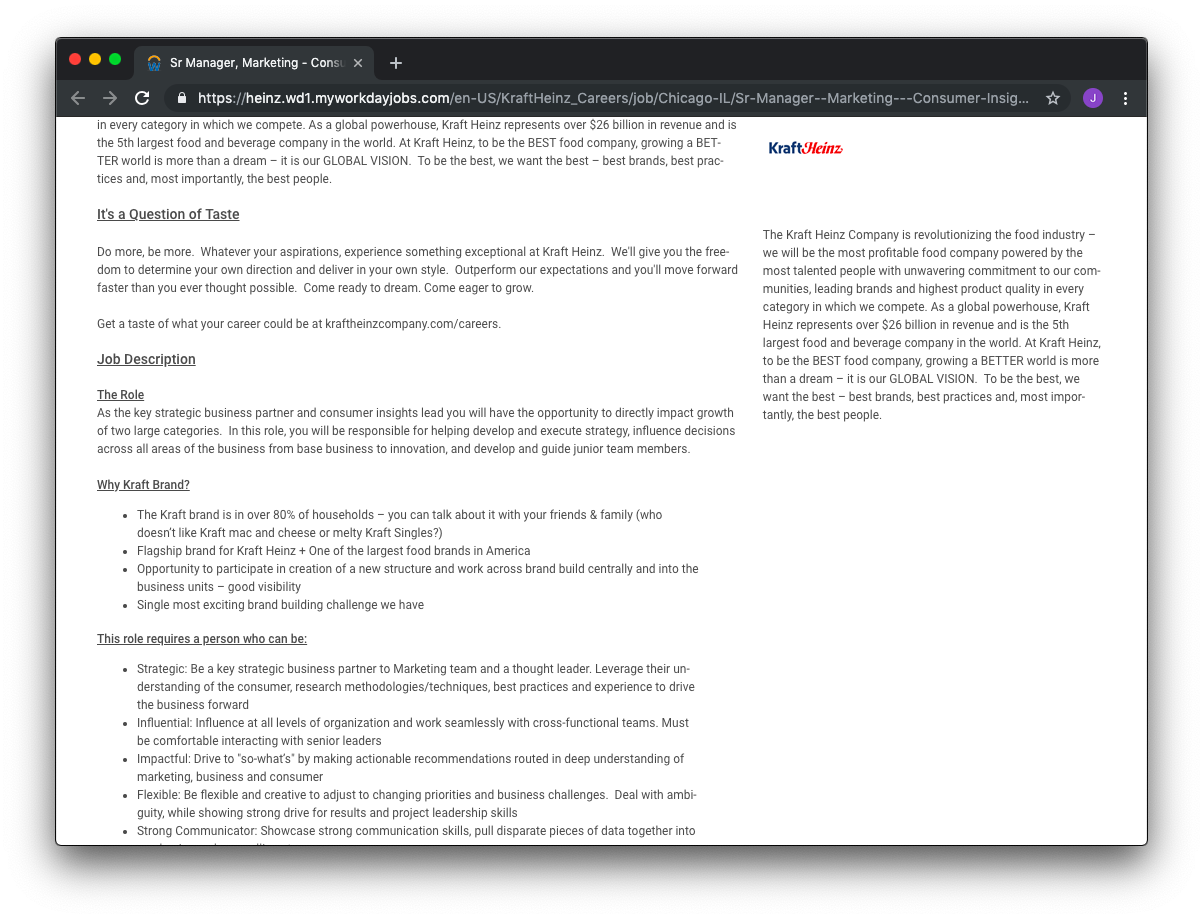 The marketing hiring surge also happened while the overall number of job openings at Kraft Heinz has sunk over time.

Given soon-to-be CEO Patricio's background, it is definitely intriguing to see his new company hiring plenty of new faces in its marketing department. As Kraft Heinz looks to its (hopefully) successful short-term future in terms of sales, it seems to be making moves to completely change the way it markets itself a century and a half into its rich history.