The ambitious, bold and hungry start their week with The Business of Business!
People
12.10.18   5:24 PM People

In April, Mark Zuckerberg testified before a joint hearing of the Senate Judiciary and Commerce Committees to discuss how Facebook ($FB) handles its users' data. At the time, internet privacy was top of mind after stories circulated that showed how third parties were gaining access to Facebook users' private data and using it for nefarious purposes.

According to job listings trends that we track via Facebook's careers site, it was at that exact moment that Facebook began an aggressive hiring spree for professionals who could help the social network monitor and protect its users' private data. Here's the upshot: The number of jobs with the word "Privacy" in their titles spiked from 12 on April 10 (the same day Zuckerberg first appeared in front of the Senate) to 46 on September 26, a jump of 383%. 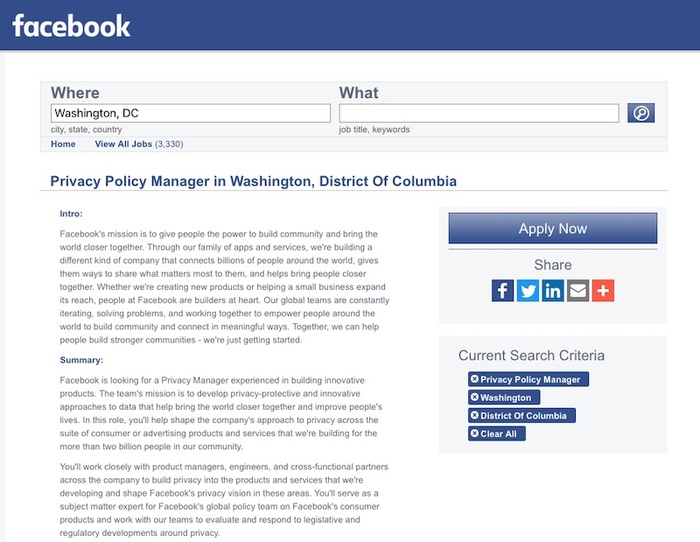 Of the 29 openings today, "Privacy Policy Manager" is the most common, with 4 such listings. As for where the positions will sit, 18 will be located in Facebook's Menlo Park facility, 4 will work in Washington, DC, and 3 will be placed in London.