The ambitious, bold and hungry start their week with The Business of Business!
People
10.3.18   6:58 PM People

After announcing it would pay at least $15 per hour, Amazon appears to be scrubbing its job listings of underpaid positions.

After criticism from Senator Bernie Sanders and multiple negative stories about its low wages, Amazon ($AMZN) announced that it was raising its minimum hourly pay to $15. It also said that roughly 350,000 workers would get immediate raises as a result.

Amazon's Whole Foods chain of supermarkets has a practice of listing hourly wages on its job listings, especially for entry-level, hourly positions in its stores. It appears that the company is slowly (and quietly) pulling sub-$15 listings from its careers site as we compare data pulls from yesterday and today.

All of the removed positions were at Whole Foods' Marlton, NJ location.

It's likely that we'll see the remaining jobs disappear from Whole Foods' careers site in the coming days, as local stores get word of the new policy (or as soon as HR managers get around to removing the listings).

We're looking at you, Edina, Minnesota. 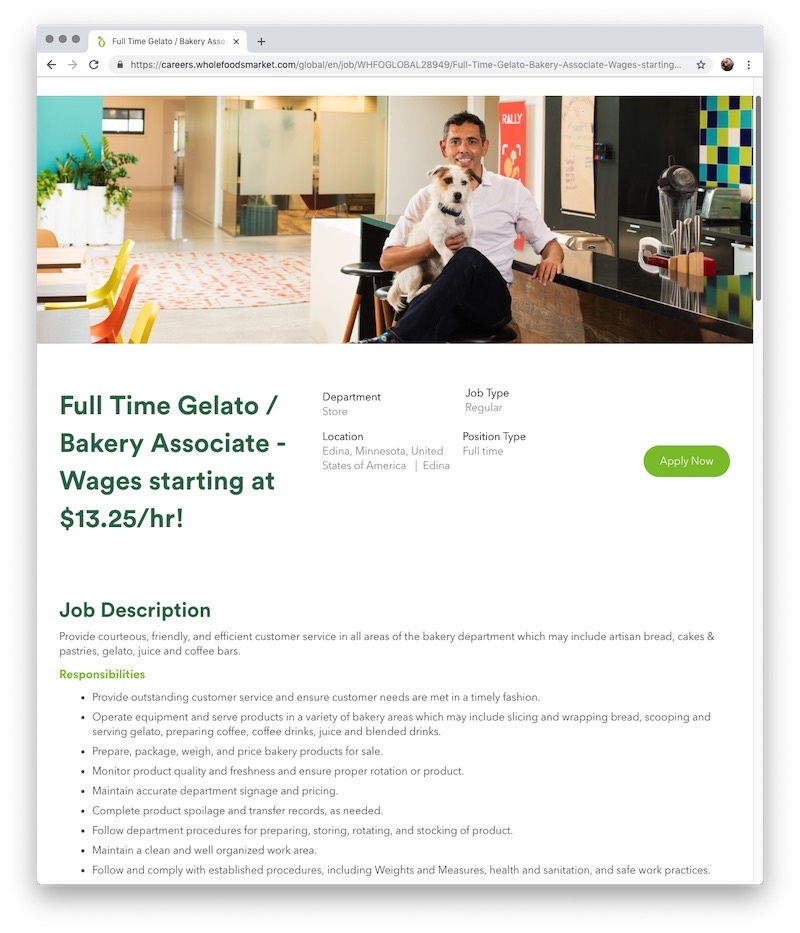