The ambitious, bold and hungry start their week with The Business of Business!
Outcasts
4.28.21   8:03 PM Outcasts

Psychedelics have gotten trendy for founders looking for ways to boost focus and reduce stress, although they may not actually work.

Marketing automation platform Iterable had big ambitions for itself — so big that the pressure might have driven its co-founder and CEO to drugs.

Earlier this week, the $2 billion San Francisco-based startup disclosed that it had fired Justin Zhu for unspecified violations of company policy. Zhu explained to Bloomberg News that he was ousted for experimenting in 2019 with “microdosing” LSD, or taking a tiny amount of the psychedelic, as a means of improving his concentration.

Whether or not the drug can actually help executives perform better (there is some debate about that), Zhu may have had a good reason for wanting to give it a try. With plans to take on industry behemoths Oracle and Salesforce, Iterable raised $110 million in two financing rounds in 2019, led by Blue Cloud Ventures and Viking Global Investors, respectively.

In the months leading up to that busy period, Iterable had been on a grueling upward drive. The company, which offers easy-to-use features to allow companies to communicate with customers through various platforms and devices, was projecting 580% year-over-year growth for 2016, according to an executive summary of a pitch deck obtained by The Business of Business. 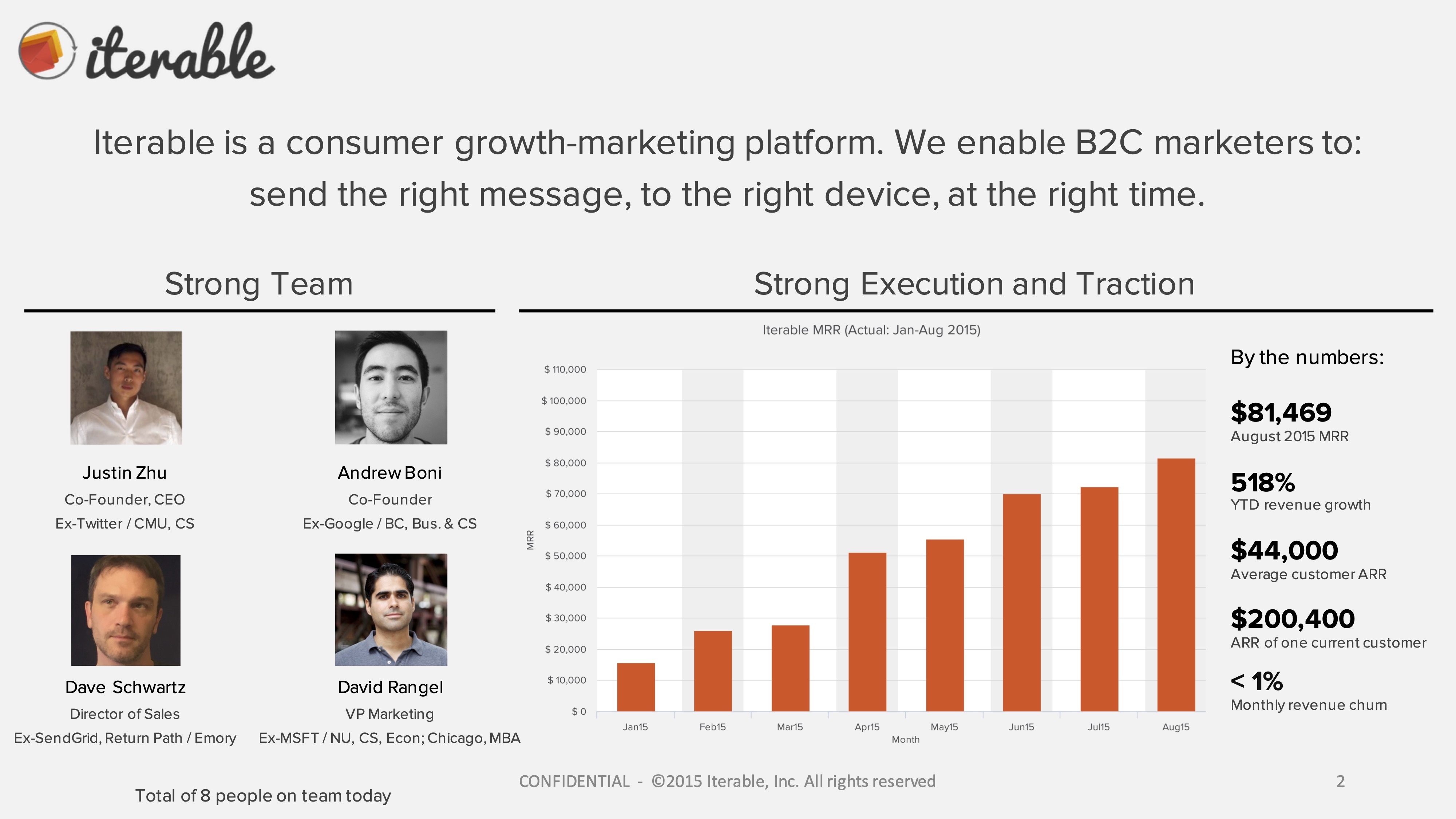 At the time the summary was published, in 2015, the company had secured only seed funding and $1 million in convertible notes. The company had been aiming to attract series A investors and leave itself “strongly positioned for series B.” In August 2015, the company boasted monthly recurring revenue of $81,469, and its sales had growth 518% year-to-date.

Neither Zhu nor current executives at Iterable responded to our questions about what happened exactly with the firing, or the details in the 2015 executive summary. 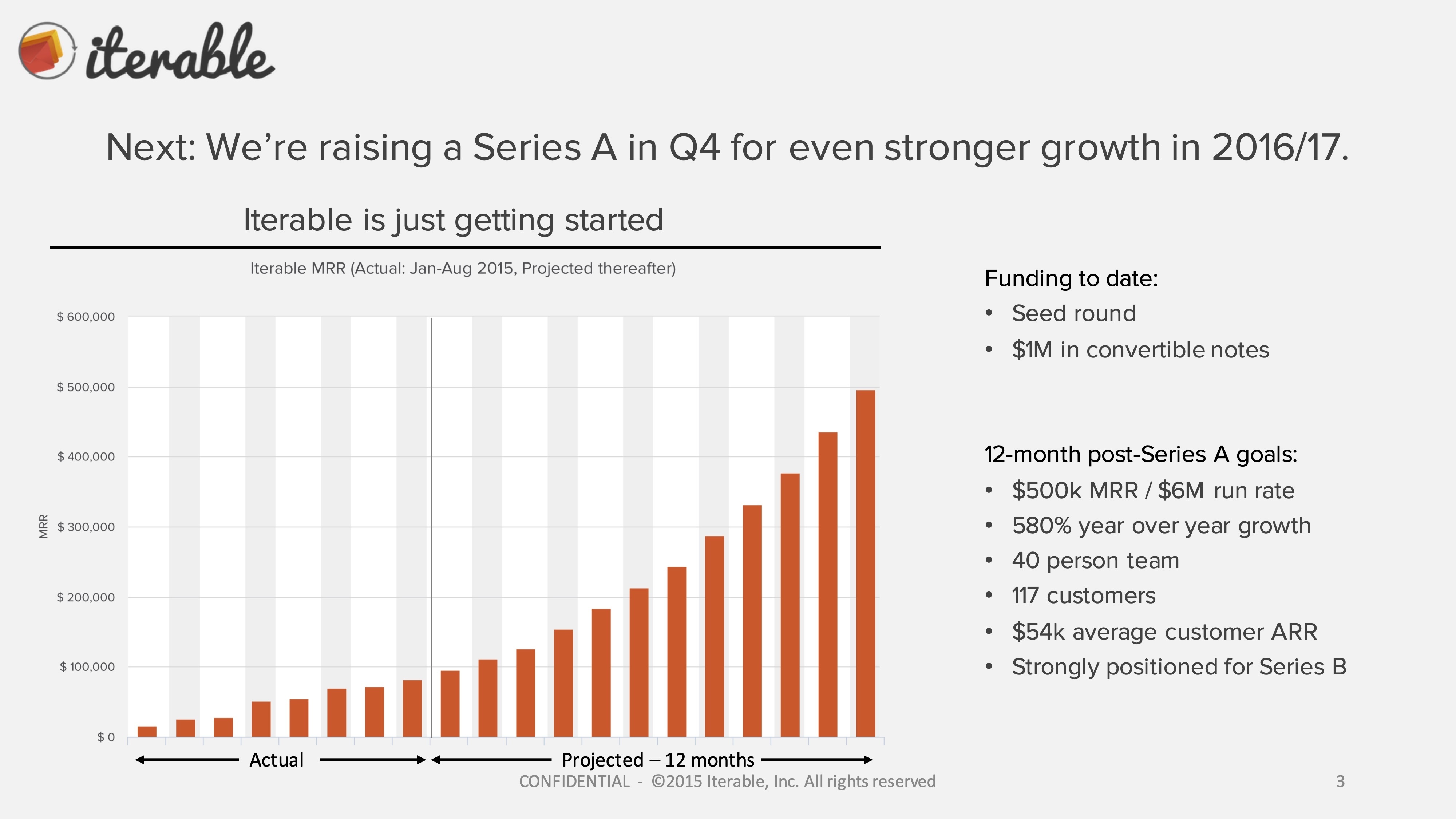 The company did grow swiftly from its founding in 2013, attracting big customers such as DoorDash and Zillow, but more recently there were signs of strain. Earlier this month, Index Ventures sold about $92 million worth of its Iterable shares to Silver Lake Partners — just weeks after the startup raised $100 million in new funding at a $2 billion valuation, according to The information. The move was described as a potential signal that some investors were dissatisfied with Zhu’s leadership.

Microdosing got trendy in the early 2010s in Silicon Valley, reaching a peak around 2017 with the publication of Ayelet Waldman’s book A Really Good Day, chronicling her experimentation with small amounts of LSD. Waldman, a writer and former public defender, credited her regimen with helping her manage her mood swings and save her marriage to novelist Michael Chabon.

Over the past several years, a growing number of founders and executives in the startup world have dabbled in the practice, lending weight to arguments that the drugs should be legalized.

For now, psychedelics are illicit substances in the U.S., and thus not particularly appealing to corporate boards. Magic mushrooms and LSD are both “Schedule I” substances as defined by the U.S. Drug Enforcement Administration, meaning they’re not considered acceptable for any form of medical treatment. Oregon has, however, decriminalized possession of modest amounts of all illegal drugs, making it a civil violation punishable by a fine rather than prison time.

All that said, the supposed benefits of microdosing might not be so great as advertised, or maybe they only exist because of the allure of doing something forbidden. In March, U.K.-based researchers published one of the largest controlled studies on psychedelic use to date, which included nearly 200 participants. The subjects all reported significant lifts in their mood after four weeks of microdosing — but no real difference between those who took real drugs and those who took placebos.