A look inside Reels: Can Instagram's new feature beat TikTok?

TikTok is more vulnerable than ever before, and the timing of Reels’ launch is no coincidence.

The immensely popular Chinese video-sharing platform is in a precarious spot. The Trump administration is threatening to ban the app or force its parent company ByteDance to divest from US operations, citing data privacy concerns. TikTok is more vulnerable than ever before, and the timing of Reels’ launch is no coincidence.

This isn’t the first time Facebook tried to take on TikTok. In 2018, Facebook rolled out a short-form video app called Lasso, which it shut down just last month. Back in May, the social network launched Collab, a video app where users share and record over others’ audio on an invite-only basis. Also this year, Facebook attempted to build a Pinterest clone with Hobbi. It shut down in June.

TikTok has captured Gen Z in the same way that Instagram captured millennials in 2010. But will Reels draw younger users away from their favorite app? What will it take for TikTok loyalists to switch platforms? I tested and browsed through Instagram's Reels to get a better idea.

Several of TikTok’s most popular creators — like Charli D’Amelio, who has 77.1 million followers, and Addison Rae, who counts 54.9 million followers — have yet to post a Reel. It’s unclear whether their abstention is a strategic (or even paid) move, but it’s clearly a bad sign.

Most average users have yet to ingratiate Reels into their Instagram activity. Few people are making Reels, so few people are watching Reels. There was a similar sense of apathy surrounding Instagram’s IGTV feature, which launched in 2018. According to TechCrunch, only 7 million of Instagram’s 1 billion-plus users downloaded the IGTV app as of January. This is compared to TikTok’s 1.15 billion downloads since IGTV’s launch.

A host of Instagram influencers — micro, macro, and mega — made their own Reels immediately upon its launch. But it’s possible (and likely) that Instagram paid for these posts, hoping the app's biggest users would popularize the new feature. (Instagram did not respond to our request for comment.) A more gradual influx of influencer Reels would’ve seemed more organic. Their instant engagement felt forced.

The fashion influencer displays her collection of sunglasses. 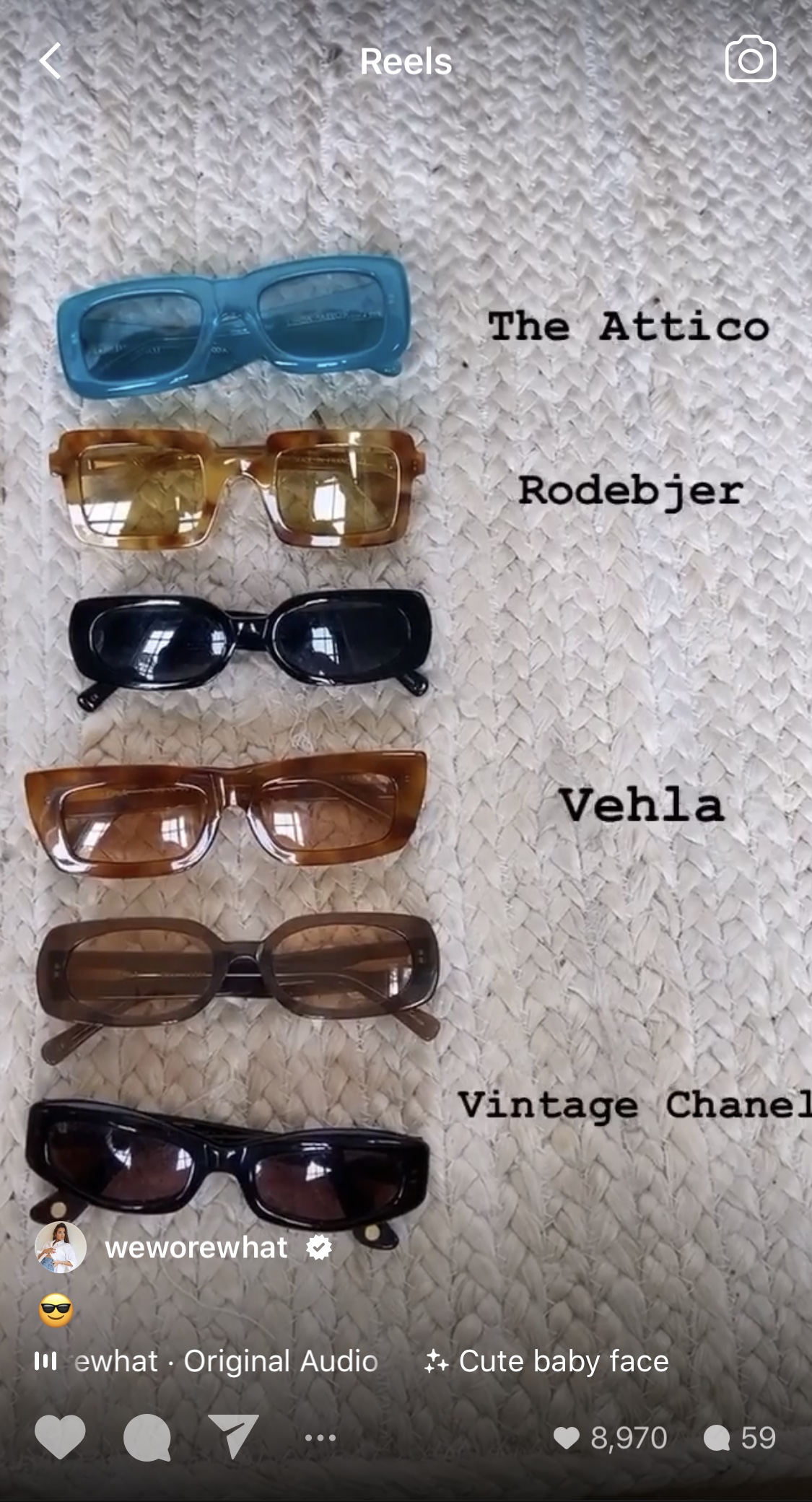 The skincare specialist shows us how to wash our faces. 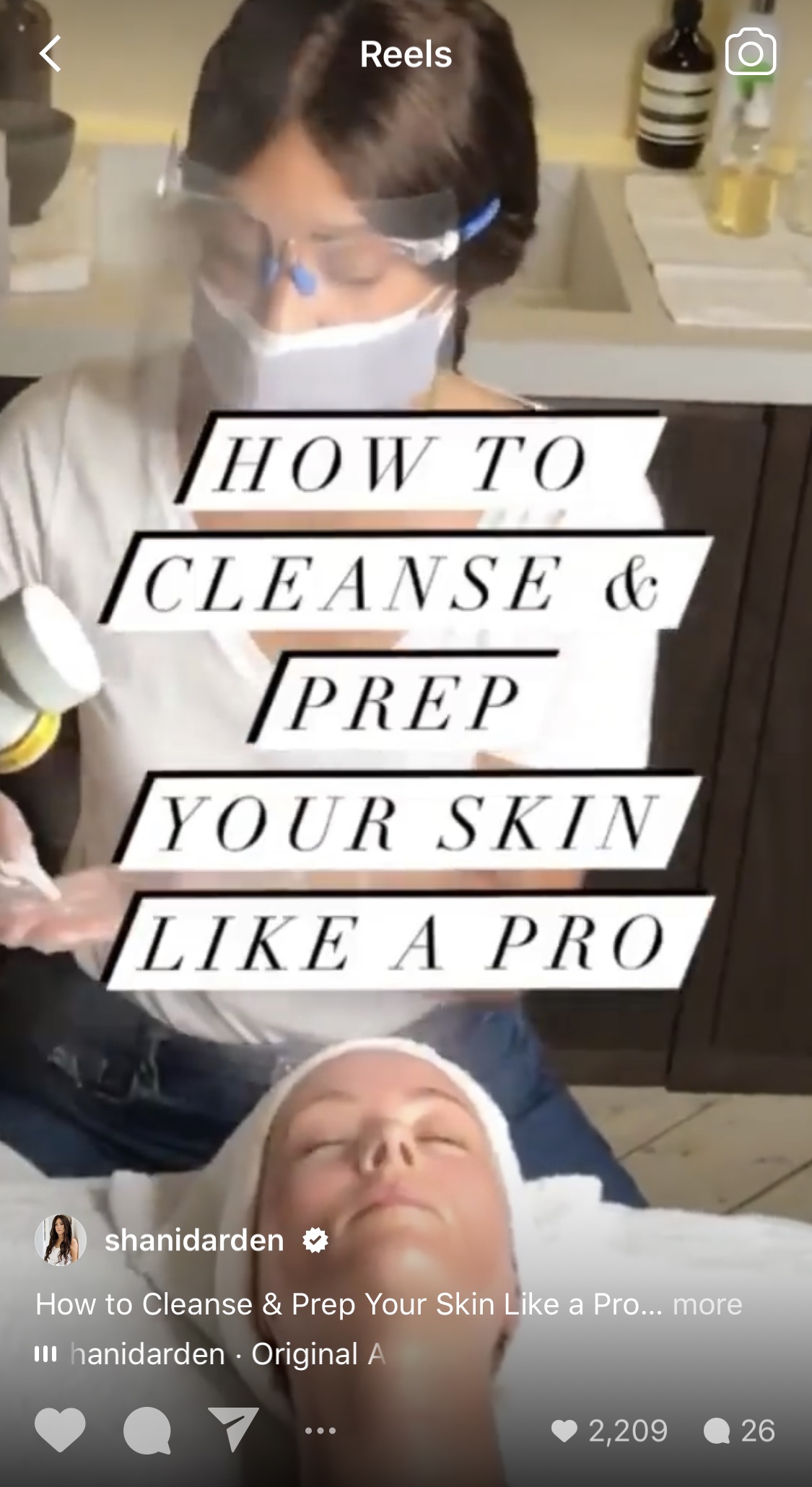 And the health guru makes a sandwich. 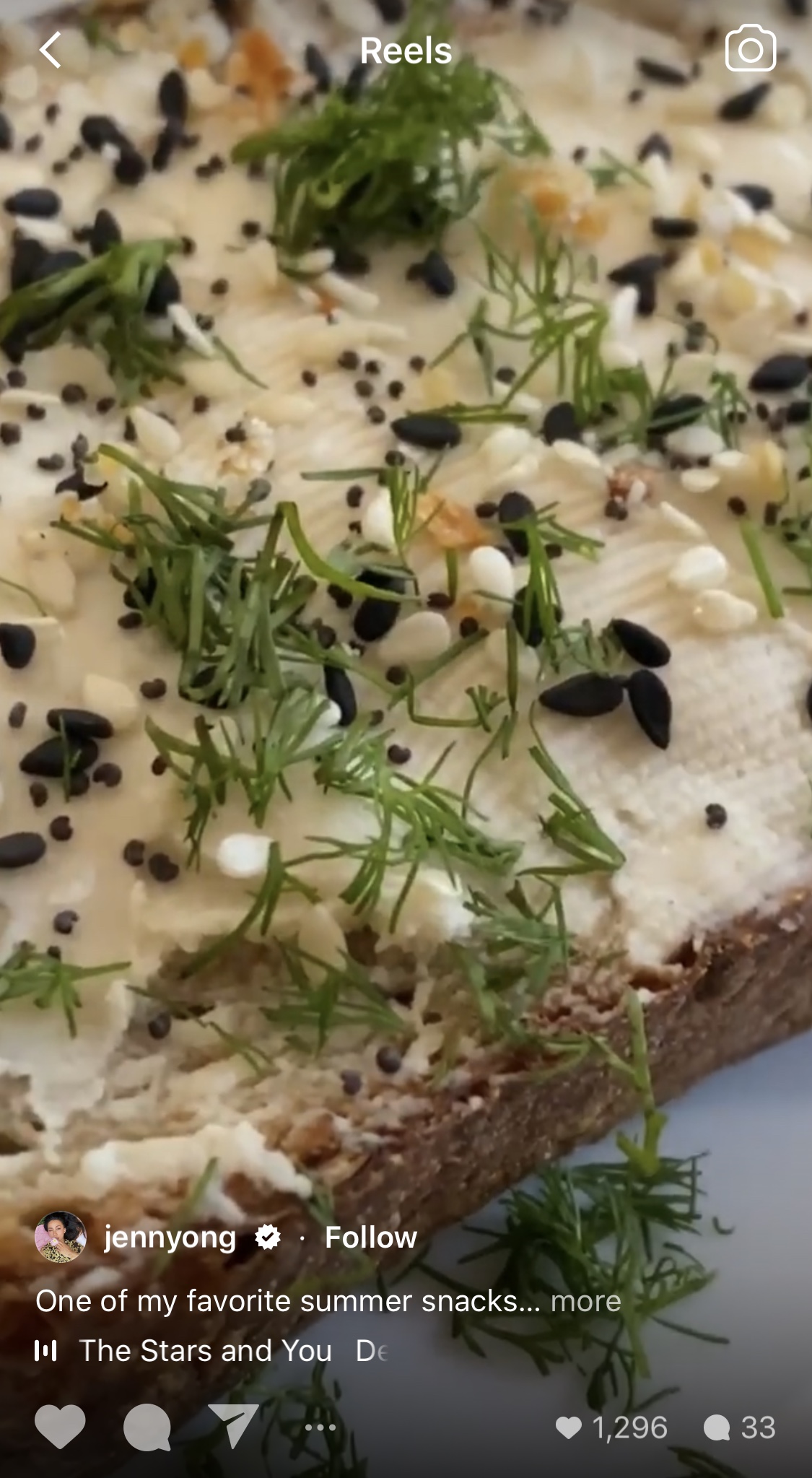 I scrolled by several Reels captioned, "Follow me on TikTok."

People don’t like to be forced to try new things. You’d think we would’ve learned this after U2 downloaded their Songs Of Innocence album onto our iTunes in 2014.

Reels is now the primary focus on your Instagram explore page, the tab dedicated to showing you a curated collection of posts similar to the content you already engage with. 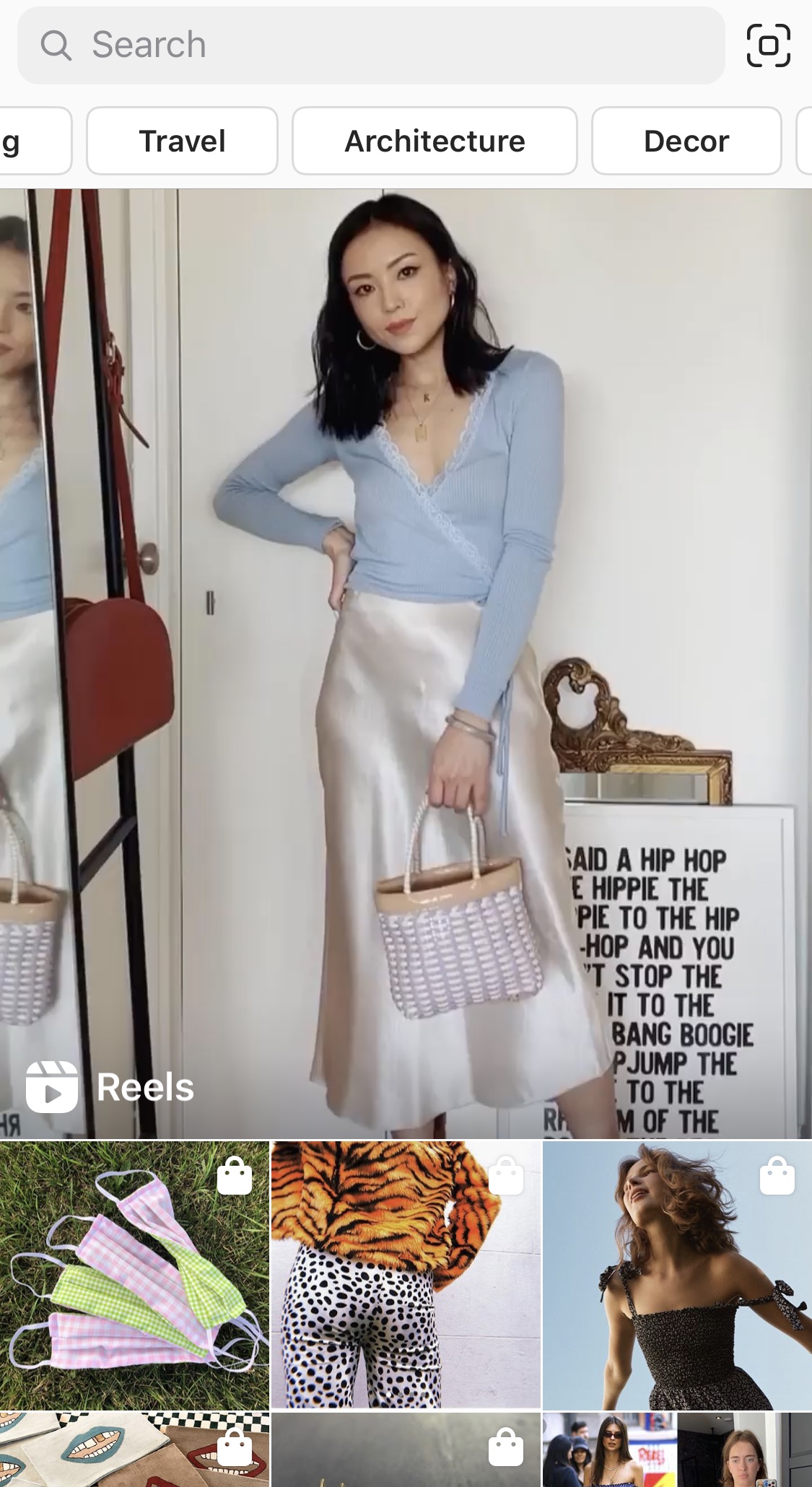 From your explore page, you can click through to an immersive feed of Reels. The Reels feed serves the same purpose as your explore page, but the content moves. My algorithm served me step-by-step healthy recipes, hair tutorials, women trying on outfits, women drinking rosé, women redecorating their homes.

The design mimics TikTok’s primary “For You” page, a seemingly endless stream of quick videos. The main difference is that Instagram hasn’t diversified, or built up, its content stream.

I tried to make my own Reel, starring my cat and a mesmerizing glass of water.

Users can add visual effects and music, as one would do on TikTok. I settled on “Savage” by Megan Thee Stallion and an effect called “CoCo is calling.” The final product was underwhelming.

At the time of writing, Reels is a reflection of TikTok and nothing more. There are no additional features or benefits. Instagram doesn't have to remake the wheel, but it should at least add some shiny new spokes.

Reels' in-app experience mirrors TikTok’s interface, but experience isn't as seamless and the scroll isn't smooth. Instagram users could easily reject Reels, while TikTok creators stick with their tried and true video-sharing app, leaving the Instagram feature with no content to stand on.

Snapchat has proven to be the most fruitful app for Instagram to copy. Instagram’s Snapchat-like Stories is its most successful copycat feature to date. Snapchat’s doggy ears filter blew up in 2015, and Instagram introduced an array of AR selfie features two years later. Instagram’s location geostickers came that same year, following Snapchat’s geostickers in 2016.

Instagram launched as a photo-sharing social network. With Instagram Live in 2016, IGTV in 2018, and Reels in 2020, the app seems to be pivoting to video. It might have an easier time adopting this strategy than, say, journalism's pivot-to-video. But if Instagram can’t scale up to TikTok, it might have to stick to the non-moving image.