For HQ Trivia, its following on Twitter, as well its number of app ratings, have been on a decline since the new year. Is this app out of lives?

In 2018, game publisher Intermedia Labs ($PRIVATE:HQTRIVIA) struck gold with HQ Trivia, a phone-based live game show where players from around the world compete for cash prizes. At the height of its popularity, HQ Trivia was hosting live games to 2.8 million players while partnering with Nike ($NKE) to give out exclusive Air Max sneakers.

But the app's salad days are over. According to social media, App Store, and viewership data that we track, HQ Trivia is continuing its decline into irrelevancy, or has at least hit its peak.

On Apple's App store, HQ Trivia has just under 129,000 reviews for its app. Not only do users rate the app independently, but the app itself also has prompts to encourage users to rate it on the storefront.

In theory, HQ Trivia should celebrate that it nearly doubled its review count in a little over a year. The problem is that the increase in app reviews tapered off in December of 2018.

There was actually a slight decline in tracked reviews for HQ Trivia on the app store since the new year, but the metric has since levelled out to under 130,000 individual reviews. Specifically, there was a .29% decline in reviews since January 1, 2019.

HQ Trivia frequently posts about upcoming games are regularly replies to fans often on its official Twitter account. However, it seems people are voluntarily tuning out of these posts and, in some cases, unfollowing the account all together.

Despite a slight surge in the beginning of February, the official HQ Trivia Twitter account saw a .31% decline in followers since the new year.

At a glance, viewership appears to be waning

While we don't have internal metrics for HQ Trivia viewership — the company does not release its daily viewership number to the public — we can use a few examples of reported viewership during live games to see where the company is at.

Usually, HQ Trivia Sunday contests offer some of the biggest prizes of the week. On March 17, 2019, according to a screen recording of the game, the app had under 450,000 viewers and players for a winner-take-all $10,000 game. 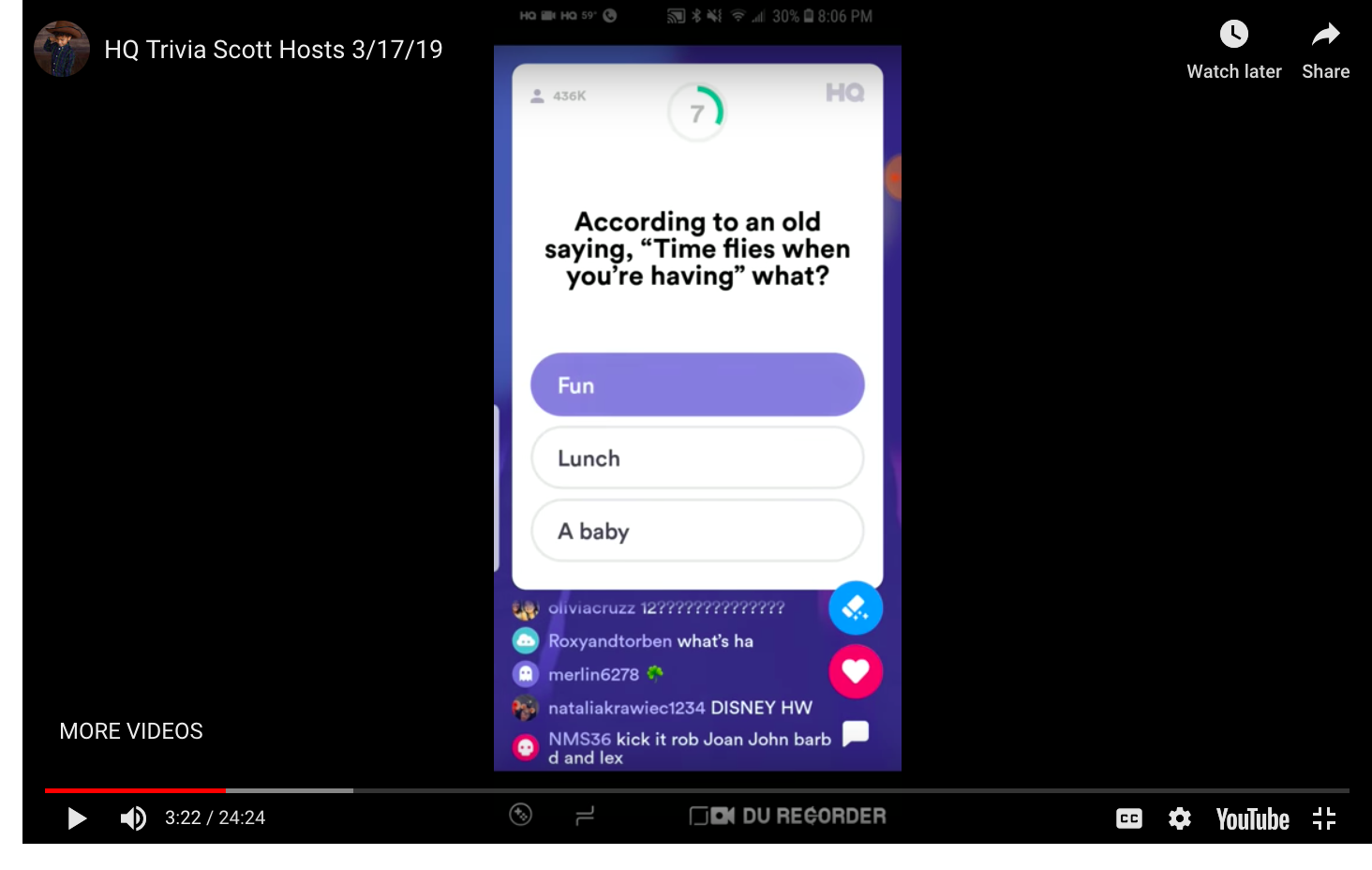 Compare those statistics to the screencap we got for the show last Sunday, and it appears this viewership is declining.

To be fair to HQ Trivia, we'll try to find a way to quantify their viewership in order to get a more objective look into how many people are actually playing the game. That's also considering that its co-founder, Rus Yusupov, has reached out to media outlets and commented on stories about HQ Trivia's apparent decline before.

When TechCrunch wrote about the company in August, Rus quote-tweeted reporter Josh Constine to say that "games are a hits business and don't grow exponentially forever."

With that, as well as the data, in mind, has HQ Trivia hit the peak of its exponential growth?

Trevor Milton became a billionaire by founding Nikola. Prosecutors say his success was built on lies