The ambitious, bold and hungry start their week with The Business of Business!
Markets
7.17.19   1:40 PM Markets

How dollar stores and e-commerce are wiping out Fred's stores

A tale of overcrowding: 75% of Fred's stores — both in the three lists of closures and stores that will remain open — are within a mile of at least one Dollar General or Dollar Tree store. Here are the maps.

Fred's ($FRED) just announced its third round of store closures as part of a liquidation effort. This round will result in half of all Fred's stores closed by the end of the summer. In a press release, Joseph Anto, Fred's Chief Executive Officer, did not give a specific reason for the closures:

"While it is never easy to make decisions that impact our valued employees and customers, this initiative represents another necessary step in our continued efforts to stabilize our business by simplifying our store portfolio and product assortment."

So why might Fred's be cutting its retail portfolio in half? See for yourself:

Above is a map of Dollar General ($DG) and Dollar Tree ($DLTR), two retail outlets that directly compete with Fred's, a discount retailer. Both have had rapid expansion nationwide for several years, and their respective retail footprints dwarf that of Fred's.

On a granular level, the majority of Fred's stores — both in the three lists of closures and stores that will remain open — are within a mile of at least one of these dollar stores. Specifically, only 12.87% of Fred's stores are not within a one mile radius of a Dollar Tree, Dollar General, or Family Dollar.

The other key part of this analysis is "at least one," as in more than a few cases, a Fred's store was surrounded by two or more dollar stores from these two giants. 45.73% of Fred's stores, both current and soon-to-be-closed, have at least two of these dollar stores within a mile of its vicinity, with nine Fred's locations within that subset having four dollar store competitors. 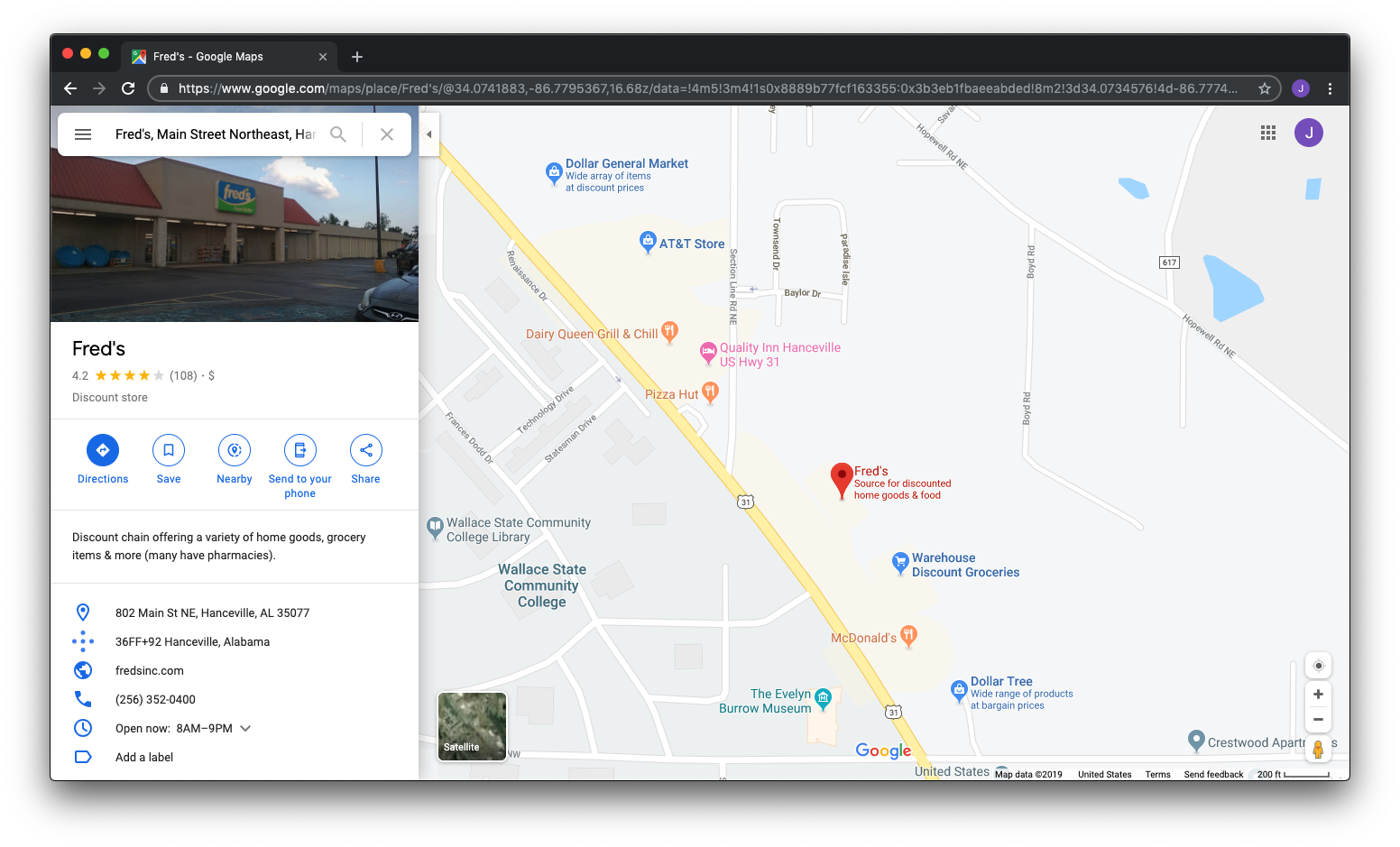 This analysis also leaves out the rise of e-commerce platforms such as Amazon, Walmart.com, Wish.com, and others, that are able to provide discount goods from around the world in a timely fashion.

With plenty of competition from the web and on the ground, Freds' move is clear: It is attempting to save itself from being strangled by its peers in the discount store space. It is a far cry from when the Walgreens-Rite Aid merger was about to happen several years prior, as that would have more than doubled Fred's retail footprint.

But, of course, it just did not happen, and although Fred's had a solid retail strategy going for it, the Southern United States retail staple is closing up half of its shops.