The ambitious, bold and hungry start their week with The Business of Business!
Tech
3.9.18   5:03 PM Tech

How HP became the Dollar Shave Club: A look at inkjet cartridge sales

Printers were once well-engineered, expensive affairs. These days, they're $50 subscription machines.

My first printer was a noisy, expensive, tough-as-nails Epson MX-80 dot-matrix monstrosity that ate reams of continuous-form paper like it was nothing. It also used a fabric typewriter-style ribbon that could be extended well beyond its expiration date until the final pages of my term papers were faded tests of professorial patience. But it was never an issue: While my printer may have been expensive, replacement ribbon cartridges were simple, one-color affairs that could be had for little more than the cost of dinner. 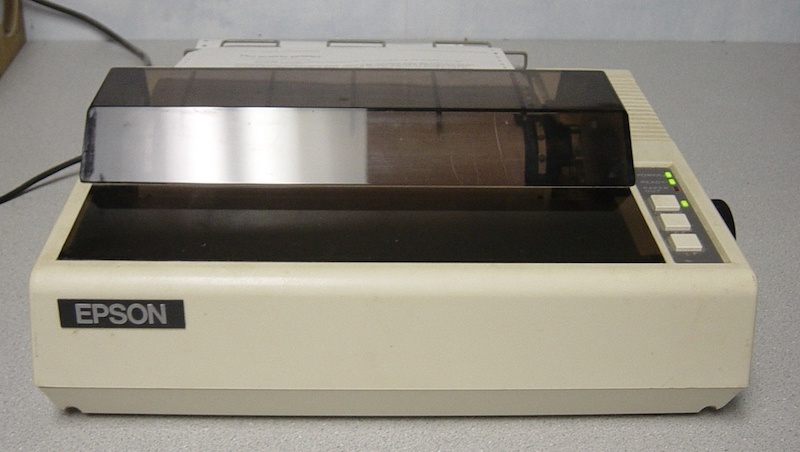 And that MX-80 could probably still spit out reams without issue.

Cut to today: My current printer, a cranky HP Envy 110 that sold for close to $400 when I bought it in 2012, never worked quite right. It's finally given up the ghost: dead screen and a paper feeder that won't feed.

So last weekend I set out to replace it and, to my astonishment, HP's current version of the same printer, the 4520, was on sale for $49. Thinking this was a mistake, I dug deeper - comparing it to similar units from Canon and Brother - and, indeed, the typical printer / scanner / copier for average users like myself now sells for less than $100. Sure, there are better printers that print faster or use laser technology, but even those are dirt cheap compared to their 2012 ancestors.

The reason why is a move to the "Dollar Shave Club" model that treats your printer like your razor handle and your cartridges like your blades. In short, HP and others now aim to sell us cheap printers and make money on inkjet cartridges. While this was always part of the deal consumer electronics companies have leaned into the new model, selling subscriptions to inkjet replacement programs like HP's Instant Ink, which promises big savings.

As long as you sign up for at least 12 months. And if you don't, printer companies are still selling millions of cartidges that are designed to die - enough to make that $49 bet on a printer worth the risk. For them.

HP's Instant Ink program promises savings on ink as long as you use enough ink to make it worth it. The fine print looks something like this:

Savings claim is based on HP Instant Ink Service plan price for 12 months using all pages in plan without purchase of additional pages compared to the cost per page (“CPP”) of the majority of color inkjet printers <$399 USD, market share reported by IDC Q2 2014. CPP comparisons for standard-capacity inkjet supplies are based on estimated street price and page yield as reported by gap intelligence MFP Weekly and IJP Weekly Reports 9/20/2014. Actual savings may vary depending on number of pages actually printed per month and content of pages printed.

The technology is simple: since your printer is already connected to the internet and it knows when you're running out of ink, it orders more for you when levels are low. HP offers four plans, pricing based on the number of pages you print per month. It's structured much like wireless voice and data plans: if you print less than you thought, you roll those "pages" over to the next. Print less thatn 15 pages per month, it's FREE!

If that doesn't make much sense, it really shouldn't, just like wireless plans. Think of it this way: HP's highest-tier Instank Ink Plan, the "Frequent Printing Plan" that supports up to 300 pages per month, runs $9.99 per month. That's roughly $120 per year. For someone printing that much, the plan is a big savings given the cost of inkjet cartridges (a set of replacement cartridges for my dead Envy costs around $100, and those will get me maybe 200 pages). For the "Free" plan, don't worry: when your ink gets low, they'll charge your on-file credit card and make sure you never go without.

It's no wonder, then, that companies like HP are essentially giving away their printers.

Chances are, if you're been in the printer market in the past couple years, you already know this. Perhaps these ink subscription services make sense for you since you're a Frequent Printer.

But for the rest of us who need to print the occasional ticket, photo, or document, printer companies still have our wallets firmly enconced in their merchandising clutches. According to our data, Inkjet replacement cartridges dominate Amazon's Office Products category month after month.

A snapshot of the Amazon's Office Products top-selling products looks something like this:

...where Name (Count) shows how many days in the month of February, the said product ranked as a top seller. Of the top-20 products that ranked as best-sellers virtually every day in February 2018, more than half were inkjet cartridges. Subscribers can see the dataset here.

Welcome to the new printer economy. I'm off to go pick up a new personal cartridge-subcription-machine-thing.