The ambitious, bold and hungry start their week with The Business of Business!
Features
8.14.20   4:30 PM Features

A brief history of Victoria’s Secret: Can the iconic brand reinvent itself and thrive again?

Victoria’s Secret was once the hottest brand in the world. Now stores are shuttering across the globe. Can they come back from the brink of bankruptcy?

Today, you can walk into any department store from Walmart to Neiman Marcus and find a plethora of women’s lingerie in a wide variety of styles. But the fact is, it wasn’t all that long ago that people couldn’t just hop in the car and go to their local mall and find the undergarments they were looking for, or at least not comfortably. That didn’t become a reality until a man named Roy Raymond came up with the idea after trying to buy lingerie for his wife from a department store in the mid 70s.  There weren’t any slinky, sexy slips of lace. Instead, there were floral print oversized nightgowns on a rack under harsh fluorescent lighting. He felt the saleswoman glaring at him.

It's hard to imagine. After all, for most of us, finding a little something sexy is as easy as dialing up a web browser or going to our local mall. But back in the 70s, stores like Victoria’s Secret simply didn’t exist. Sexy underwear was reserved for wedding nights, honeymoons, and anniversaries. Underwear was about practicality and durability. Then, of course, the social movements of the 60s and 70s called for women to give up their bras. As a result, companies created bras that gave women support and a natural look. Underwear was about function, not fun. Raymond saw an opportunity to change that.

Raymond knew he wasn’t the only man to feel out of place in the women’s undergarments department. He pictured an old fashioned boudoir with fancy rugs, heavy curtains, and dark wood paneling. He chose the name Victoria because he thought it gave the store some respectability. The “Secret” part of the name referred to the merchandise sold within the store. With this game plan in mind, Raymond, then 30 years old, took his $40,000 in savings, borrowed another $40,000 from his family, and opened the first Victoria’s Secret in a shopping mall in Palo Alto in 1977.

By 1982, just five years after the first store opened, three more stores had popped up in the San Francisco Bay Area and Raymond launched the infamous catalog. Sales were around $4 million ($10.8 million in today’s dollars), but the concept wasn’t clicking with the mall crowds yet. Victoria’s Secret was near bankruptcy. 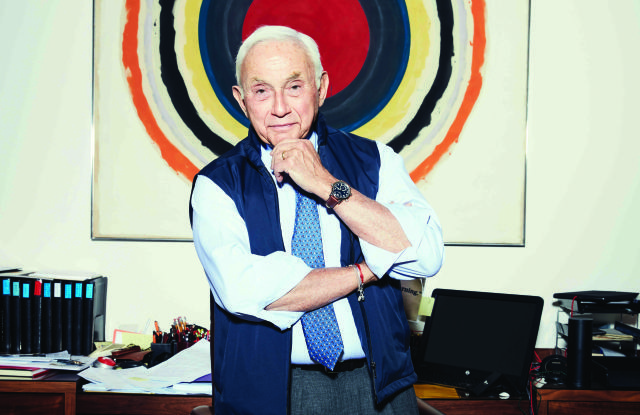 In the early 80s, businessman Les Wexner was looking for new brands to expand his company. At this point in time, he was famous for founding the retail store The Limited. Over the coming years, Wexner would add Express, Structure, Abercrombie and Fitch, Lane Bryant, Bath and Body Works, and Leaner New York, and other retail chains to his portfolio. Wexner was visiting a Limited store in San Francisco and wandered into a nearby Victoria’s Secret. Wexner was blown away, but had some reservations about Raymond’s concept. Victoria’s Secret appealed to men. Women were not shopping at Raymond’s stores. In fact, women were as intimidated by Raymond’s vision of the store as he had been in that department store’s lingerie department. Wexner set out to change that and in 1982, he bought Victoria’s Secret’s retail stores and the catalog for $1 million (equal to $2.7 million today).

Wexner set out to study Europe’s lingerie boutiques. In Europe, women approached lingerie as an essential part of their everyday dressing. Wexner felt that American women would also want to wear beautiful lingerie every day if they had access to it. Wexner took Raymond’s concept and expanded on it. He filled the gap in the intimate apparel industry that existed between mass-market brands like Jockey and Maidenform and the luxury brands like La Perla. Wexner positioned Victoria’s Secret right in this middle ground.

Wexner also overhauled the catalog, which under Raymond’s eye, had become soft porn. He turned it into a glossy catalog full of young women who looked like they walked off the pages of fashion magazines. He debuted the Miracle Bra to compete with the very popular Wonder Bra and it flew off the shelves. Wexner debuted the wildly successful swimwear and clothing lines for Victoria’s Secret. The Victoria’s Secret Angels and their annual holiday fashion show became a cultural touchstone. By 1995, Victoria’s Secret had 670 stores in the U.S. and $1.9 billion in sales. In 2014, Victoria’s Secret was the most popular apparel brand in the world with annual revenues near $5 billion. Wexner found balance in Victoria’s Secret – women were no longer intimidated by the stores or the products, and neither were men.

When Wexner bought Victoria’s Secret, Raymond remained President for a couple of years. He left to found a high-end children’s retail store and catalog in 1984. By 1986, the store had failed and Raymond filed for bankruptcy. In 1993, Roy Raymond committed suicide by jumping off the Golden Gate Bridge.

In 2016, Victoria’s Secret began to lose its market share. Tastes had changed and people were increasingly turning to athleisure wear. Victoria’s Secret stopped their swimwear line and clothing line. The company got rid of its catalog. Stores closed down in shopping malls across the world. In 2016, sales were up just 1.6%, and fell by 7.4% in the last quarter of the year, typically a high revenue period due to the winter holidays. Sales continued to drop in 2017.  In 2018, the company’s stock dropped 40% and it announced the closure of 53 stores. In 2019, Victoria’s Secret canceled their annual fashion show. A number of top executives resigned.

Victoria's Secret LinkedIn employee headcount has dropped by 21% since last year. The company's job listings have plummeted by 87%.

In January 2020, it was revealed that Les Wexner was in talks to step down as CEO and Chairman of his holding company L Brands. Reports surfaced of his ties to the late accused pedophile Jeffrey Epstein. Accusations of widespread bullying and harassment within Victoria’s Secret were reported in February 2020. Victoria’s Secret was sold to private equity firm Sycamore Partners that same month for $525 million. Wexner’s L Brands retains a 45% stake in the company. In April 2020, Sycamore Partners exercised its option to back out of the deal due to the COVID-19 pandemic. Wexner stepped down as CEO. He remains chairman emeritus.