The ambitious, bold and hungry start their week with The Business of Business!
Markets
2.6.18   5:00 PM Markets

Here's where (and why) Whole Foods is opening 365 locations

The new lower-cost, hipster-friendly iteration of Whole Foods has shoppers buzzing and buying.

On Super Bowl Sunday, my friends showed up with a massive bowl of guacamole. By massive, I mean that it was a monumental tub of green glory. I'd never seen so much guac. It was thrilling. There was so much guacamole that I snacked on it this very morning before work, two days later. And don't think I didn't dive into it last night. Did I mention that it was absolutely gargantuan?

“That 365 opened up. 5 avocados for $5,” my friend exclaimed that Sunday afternoon.

(For context, avocados are grossly expensive in New York City.)

Here’s what happened: Just last week, Whole Foods ($WFM) opened one of its newfangled “365 by Whole Foods Market” in my part of Brooklyn. 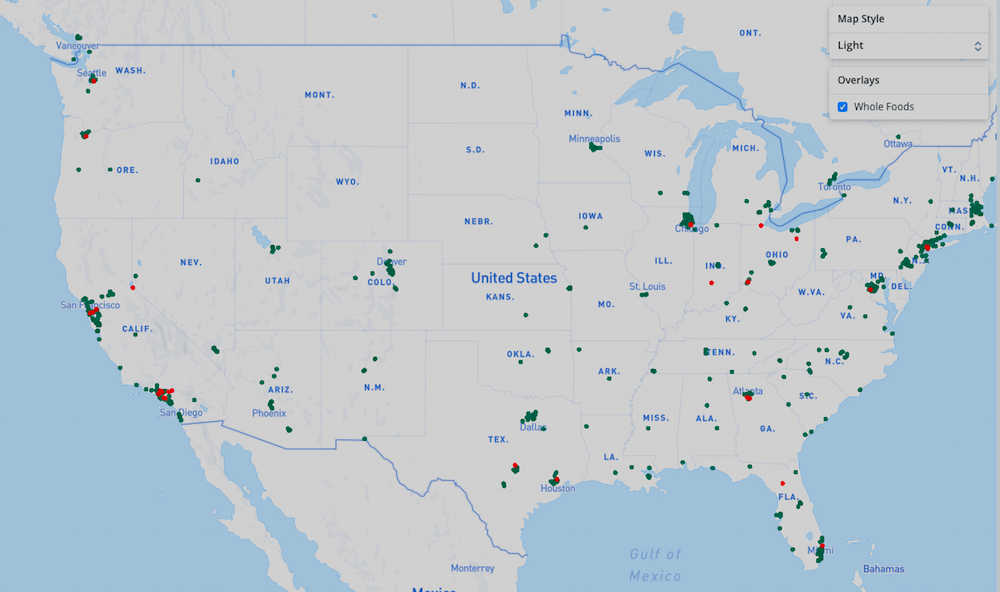 A relatively new version of Whole Foods, 365 promises a grocery shopping experience that’s “good for your body, your budget, your lifestyle and the planet.”

A bevy of claims for sure, and even though I remain skeptical, that guacamole was awesome.

365 focuses on lower prices by featuring Whole Foods’ in-house “365 Everyday Value” line. They’re basically white-labeled products, much like the generic blue-stripe items that were so prevalent in the 90s. But Whole Foods focuses on fresh, safe-to-eat foods, and “promotes” organic when available. It's going after that same smart, frugal demographic that is excited about European import LIDL, those who have been trekking to rare Trader Joe's locations, and those who consider Whole Foods to be an unnecessary extravagance that caters to the affluent. This version of Whole Foods, with its 5 avocados for $1, is certainly turning some heads.

So where are they opening these stores? In rapidly-gentrified Fort Greene Brooklyn, for one. In Austin, Texas, for another. And it’s a perfect place for the brand: Up-and-coming professional adults who moved into the area in the past decade who are both health and budget conscious.

In fact, the list of 365 store openings reads more like a "where to find the hipsters" tour guide than a store finder. The list of opened 365 stores includes:

A look at a map of Whole Foods locations compared with its 365 locations gives a snapshot of how the company (now owned by Amazon) is thinking about its location strategy.

It's not all hipster neighborhoods, to be fair. However, when overlaying mean income data to a map displaying 365 locations, Whole Foods' strategy for the franchise becomes pretty clear: target locations that tend of have a more urban, slightly lower mean income that those more affluent areas already served by traditional Whole Foods locations. In other words, target the up-and-comers who think Whole Foods is for rich people, but thoser who still want to eat and shop smart. 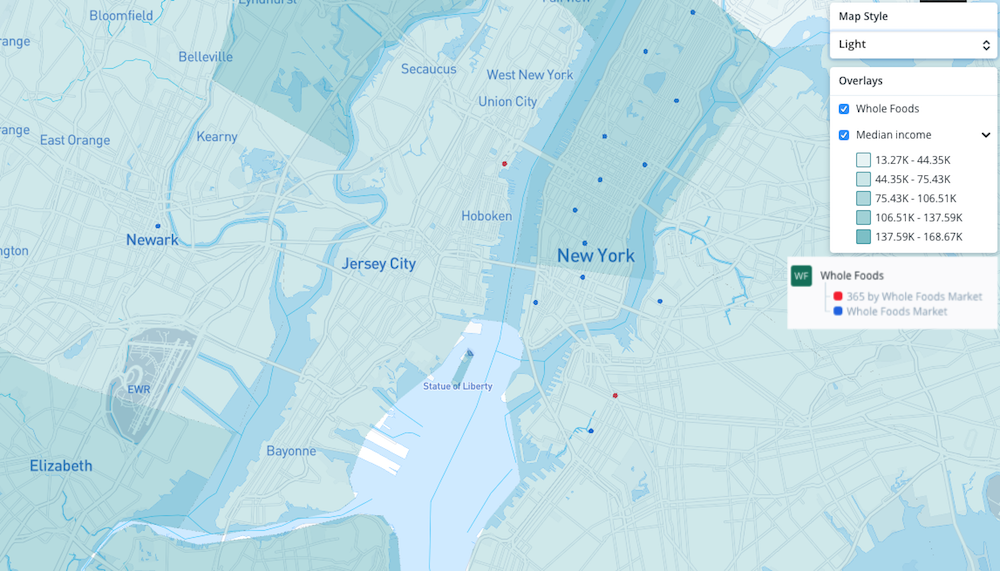 It makes sense, too: anyone living in Brooklyn can attest that the grocery store situation - for the most part - is pretty dismal, with aging produce, scant selections of meat and seafood, and prices that have made thousands eschew shopping in person for services like Fresh Direct. A standard Whole Foods location is open deeper in Brooklyn in the Gowanus area, but anyone living in central Brooklyn knows that that's a bit of a trek. Meanwhile, extant Trader Joes locations (of which there are two - one opened just last year near the new 365 location) - are already swarming with smart shoppers. And when comparing 365 locations to Trader Joe's - one can see that they're often right up the street from one another.

Meawhile, in Southern California, where shoppers are more independently mobile and where Trader Joes has been a staple for decade, 365's footprint reads much like a tale of untapped up-and-coming markets - both for its more-expensive Whole Foods brand as well as for Trader Joe's. 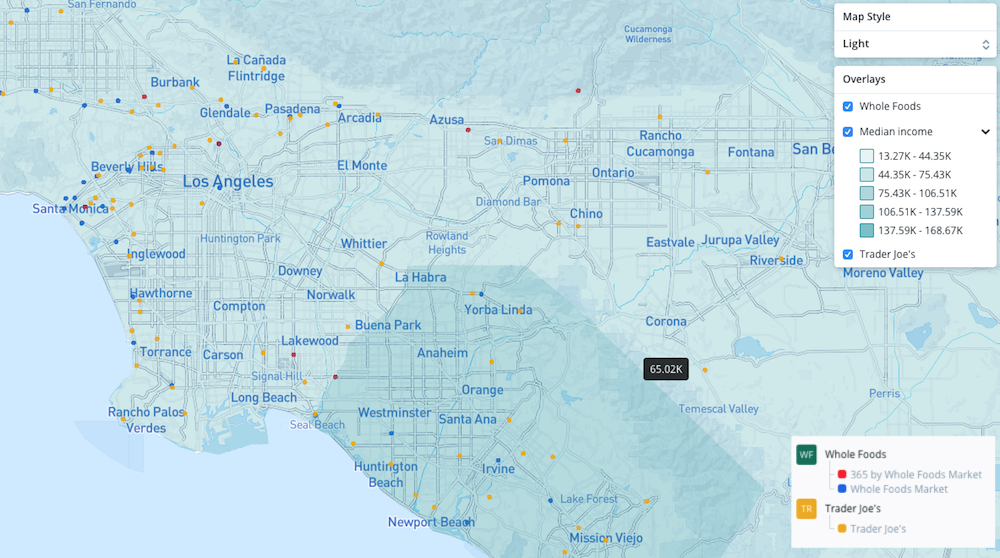 A the Whole Foods brand continues to diversity, and as it gets digested by new mothership Amazon, it will be interesting to see where 365 fits into its retail porfolio. For now, though, one thing is clear: 365 knows who it is targeting.