The ambitious, bold and hungry start their week with The Business of Business!
People
12.24.18   6:27 PM People

Here's who's hiring - and firing - in the hedge-fund space

Point72, Blackrock, Citadel, and more are included in our year-end look at some of the top hedge funds and capital management groups of 2018.

As the stock market drudges through its first bear market since the Great Recession, it's important - and useful - to look at how hedge funds and capital management firms that are weathering this storm.

This year, several prominent hedge funds closed shop, including Omega Capital, and Cerrano Capital. Another three — Tourbillon, Highfields and Criterion — all went under in the same week.

In this report, we look at funds that are still in business and are either thriving or surviving as we head out of 2018. To gain further insight into the success of these capital management groups and hedge funds, we'll look at the headcount of companies over 100 employees on LinkedIn ($MSFT). Although phantom accounts could sway headcounts, LinkedIn gives us a sense of which companies are gaining momentum or losing employees through standard attrition or by employee loss of confidence (that is, removing the company from their public profiles).

Despite having its 2018 gains wiped out by a rough November (according to people familiar with the firms), Point72 went on a hiring spree, signaling growth heading into 2019.

LinkedIn data shows that Point72 added 57 people quarter-over-quarter, bringing the firm to 1,058 employees total. The asset management group claims to have 1,200 employees today on its website.

Point72 is not only succeeding by way of an international expansion into Australia, but also rumors that the firm may expand into raising a venture fund among current investors, thereby diversifying the company's portfolio immensely. Although these talks are preliminary and may fall through, investing in startups while other hedge funds are dealing with a volatile might help Point72 get through what might be a scary 2019.

Moore Capital Management saw a 2.14% decrease in LinkedIn employee count quarter-over-quarter, or from 374 employees to 366.

While this was far from the biggest drop in employee count on LinkedIn among hedge funds, it's best to look at this decrease with a bit of context. Recently, Hedge Fund Research reported that Moore was among the hedge funds with rough years, losing 3.5% in its Global Investment Fund.

An interesting sign of the future for this capital management group is the decision to shift some its employees from New York to one of the tax haven states of Florida. With the group continuing to lose clients as stated in multiple reports, a change in scenery might help them attract investment professionals. 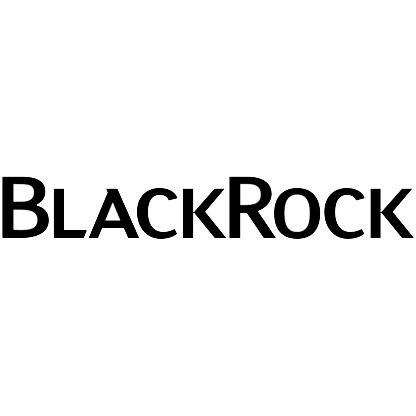 That's how much BlackRock brought in for passive inflows last month, doubling that of industry rival Vanguard.

At the same time, the investment management corporation onboarded 266 employees according to the company's LinkedIn profile, the most out of any company in our 120 company shortlist.

With a successful iShares portfolio, a recent agreement with Microsoft to build a retirement-planning platform, and the company stating its readiness to attract millennial investors, BlackRock looks poised for a huge 2019.

Like Point72, Citadel was named among those hedge funds who suffered a major loss during November. Last month, Citadel lost 3%, which was its worst month since the beginning of 2016.

But unlike its fellow asset manager, Citadel lost employees on LinkedIn; 12 from quarter-over-quarter to be exact. It is the only employer on our shortlist with a four-figure headcount to lose stated employees over the past three months, and the third biggest loser overall.

While Citadel is still up 8.5% on the year, a drop in employees raises an eyebrow when considering the company's health heading into the new year. 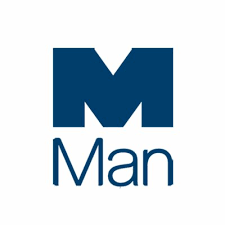 The ninth largest hedge fund in the world is still growing.

Quarter-over-quarter, Man Group saw a 2.07% increase in employee count on LinkedIn, which translates to 71 people.

Managing over $114 billion in assets, Man Group also recently announced that it will engage in responsible investing, or banning "sin stocks," like ones for tobacco companies, and companies that harm the environment, like ones that produce coal, from a number of its funds. Man Group will be a company to watch in 2019, as it holds one of the largest pools of money in the world for investment purposes and is barreling through a bear market.

Sitting three spots above the Man Group as one of the largest hedge funds in the world, Winton saw its LinkedIn headcount decrease by 6.36% quarter-over-quarter, and is currently at 265 people.

Earlier this year, Winton spun off its big data unit into Hivemind, which cleans up and analyzes complex data for traders. This could explain the drop in headcount for the year on LinkedIn, but, like other companies on this list, we'll continue to monitor the U.K.-based investment management firm.

Marshall Wace is the biggest winner of 2018 in terms of LinkedIn employee headcount, boasting a 7.69% quarter-over-quarter increase, or a recent 18 person jump in the number of employees stated on LinkedIn.

Among all firms over 100 employees on our shortlist, Marshall Wace had the biggest percentage increase, which is a good sign for the company that recently expanded into China.