Exactly how violent were January's most-popular videogames? Not very, according to the data.

If videogames are to be blamed for school shootings, the most-popular games should feature tons of guns. They don't.

We tend to avoid going too deep into politics here at Thinknum Media. But last week, Kentucky Governor Matt Bevin blamed the Parkland, FL shooting that killed 17 people on videogames and movies. We figured we may have some data on this to either back him up, refute his claim, or at the very least arm you, dear reader, with some data knowledge.

"We need to have an honest conversation as to what should and should not be allowed in the United States as it relates to the things being put in the hands of our young people," Bevin said last Thursday.

And he’s not alone. Brian Mast, a representative from Palm City, FL said the very next day that the violence found in videogames and movies are the “biggest pusher[s]” of guns as mass-murder weapons.

“When you look at Call of Duty,” Mast said in an NPR radio interview, “when you look at movies like John Wick, the societal impacts of people being desensitized to killing in ways different than how somebody on the battlefield was desensitized is troubling.”

So exactly how violent are today's most-popular videogames? According to the top-selling videogames that we track at Amazon.com, not very. In fact, not a single one of them includes an assault rifle as a weapon or prop. You might find monsters and pirate guns, but you won't find an AR-15.

Here are the top-10 selling videogames at Amazon for the month of January 2018 along with the nature of violence in each:

Videogames are an easy blame - back in the 90s, attorney Jack Thompson infamously took on games like Grand Theft Auto, saying “in every school shooting, we find that kids who pull the trigger are video gamers.”

Wherever you stand on the issues, the numbers show that, at least last month, guns weren’t a thing in videogames.

Here's a screenshot of the data in case you were curious. Click on the list to see the full dataset (for subscribers, of course): 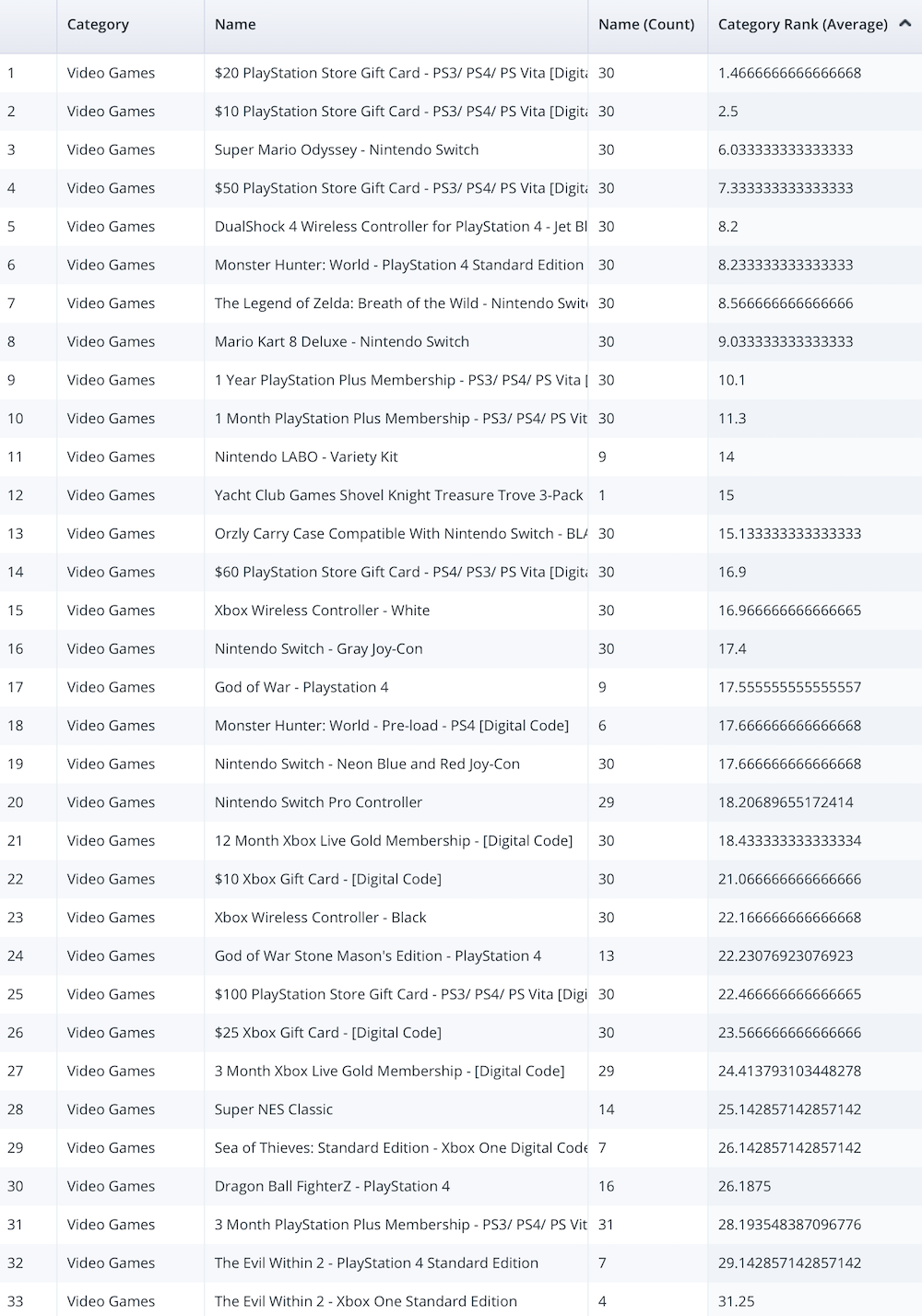