The ambitious, bold and hungry start their week with The Business of Business!
Markets
1.8.19   5:22 PM Markets

Google is signing a lease for LA's massive Westside Pavilion, once a shopping oasis. Here are the retailers that will be displaced as a result.

Malls, the shopping destinations of years past, are going through what some are calling a "retail apocalypse". Some are re-inventing themselves as destinations with fitness centers and fine dining. Others are withering and dying. Others, like LA's Westside Pavilion, are converting to office centers.

REIT landlord Macerich ($MAC), in this case at least, landed a lucrative lease with tech giant Google to take over the mall. Google plans to move into Westside Pavilion with a more-than 500,000 facility, displacing dozens of stores.

Most the Westside Paviliion's retail tenants saw the writing on the wall and already closed shop in the past year. As of the end of 2018, only 32 stores remained. The drop-off of tenants in the past year has been steep.

According to the LA Times, the new Westside Pavilion will be 500,000 feet of Google and 100,000 square feet of retail space, most of which will be taken up by movie theaters.

But just over a year ago, at the end of 2018, Westside Pavilion still hosted 70-plus shops, Here are the shops then, and the ones that remain today, signaling the stores that will be closing up shop as Westide Pavilion meets its ultimate fate. 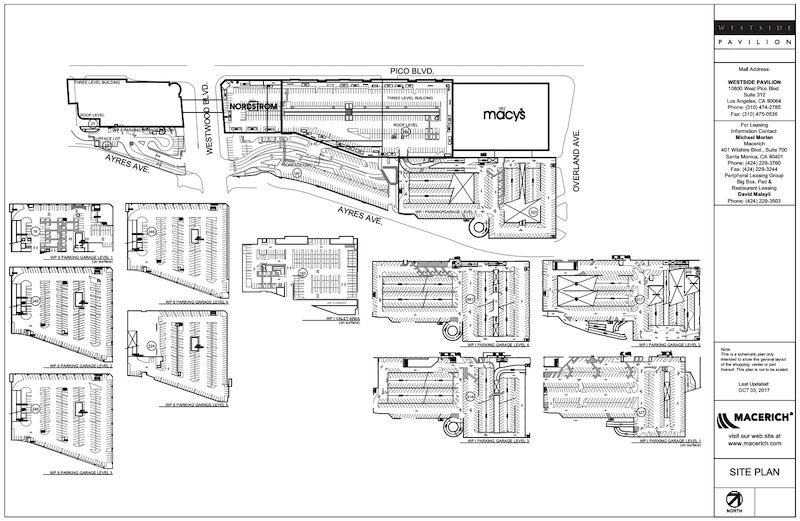