The ambitious, bold and hungry start their week with The Business of Business!
People
2.11.19   4:44 PM People

For Google, job openings in Bengaluru and for fixed-term employees align with mobile chip development efforts.

Google ($GOOG) has ramped up hiring in Bengaluru as well as for fixed-term employment workers nationwide. This comes ahead of reports that the company is developing a more powerful microchip that could help its data centers and PIxel phones.

Outside of Google's Mountain View headquarters, Bengaluru has crept into the top-10 places for Google hires in February.

Hiring for Google's Bengaluru design hub peaked as of yesterday with 13 more openings since November in Bengaluru, a significant order of magnitude.

Of the 49 jobs on offer yesterday, 41 require a Bachelor's Degree in some form of engineering (or similar experience). One position yet to be filled is for an ASIC (Application-Specific Integrated Circuit)/SoC (System on Chip)Technology and IP Interface Engineer, which is, per the job posting, "developing high performance and low power hardware to enable Google’s continuous innovations in mobile." 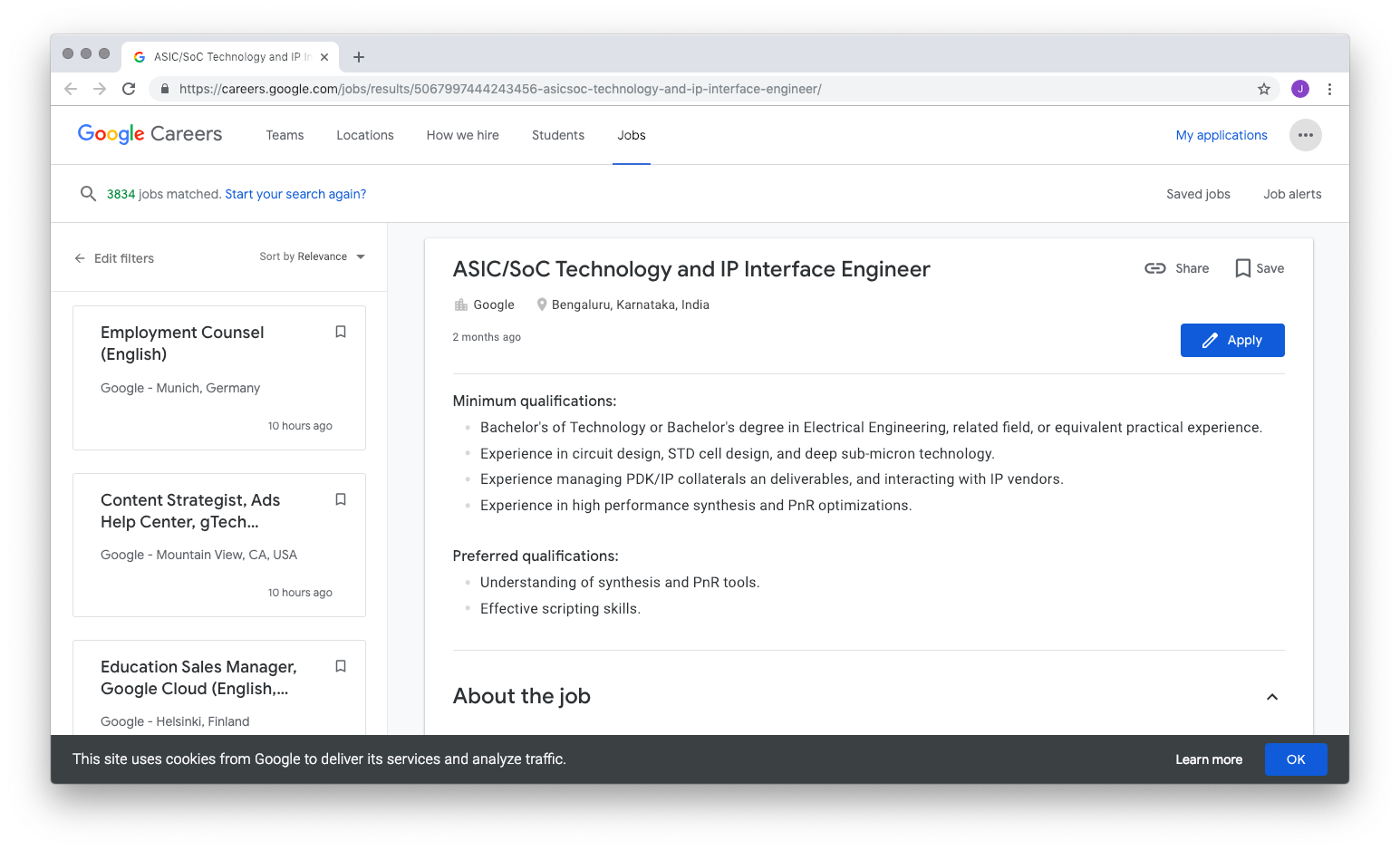 This all lines up with recent Reuters reports that, according to LinkedIn profile data, Google is extending chip-making efforts at this design hub. Although the above job posting includes the task of "interfacing with vendors," Google's supposed long-term goal is to make their own microchips to cut out outside vendors (i.e. Intel ($INTC)) to reduce costs, as well as improve efficiency in data centers and on its smartphones.

As hiring increases in Bengaluru, another thing to note is Google's recent push when it comes to Fixed-Term Employees.

"Fixed-Term Employee" is Google speak for a type of contracted worker, which falls under the "TVC" — temporary, vendor, contractor — bubble that is making headlines as "shadow workforce."

Since April 2018, the number of Fixed-Term employee job openings has boomed, as currently, there are 31 available openings for such employees.

Within this group of fixed-term employees are plenty of "residency" jobs, which are meant to transition college students into the workforce and (potentially) make them Google full-time employees.

As TVC employees lose access to internal Groups forums, internal documents leaked showing a "two-tier" relationship between TVC's and full-time Google employees, and another walkout over forced arbitration and the lack of options for TVC workers, these fixed-term employees will be joining Google at a time where tensions are at a high among the workforce.