The ambitious, bold and hungry start their week with The Business of Business!
Tech
2.1.18   5:51 PM Tech

At America's largest retailers, the iPhone X and iPad are not Apple's hottest sellers. In fact, most are products from a time gone by.

Apple's best-selling products may, on the surface, appear to be shiny iPhones and HomePods. Based on real-world data, though, the company sells millions of products that you either don’t hear much about, or simply don’t consider (because they're seven years out of date).

We took a look at bestselling products by category rank across multiple vendor APIs (the magical feeds that give us much of our data here at Thinknum), including Amazon, WalMart, and Best Buy. At the top of the heap for all Apple products were  some surprising results.

Among the top products are:

Nowhere to be found are the Cupertino company’s flagship iPhone X, Apple Watch, or iPad. Instead, we see a marketplace flooded by replacement cables and deal-grabbers for discontinued and refurbished products.

Here’s a closer look at what Apple is selling most of and where.

#1 Apple product at both Amazon.com and BestBuy.com

If you’re the proud owner of a fancy new iPhone X, 8, or even 7, you also don’t have a standard 3.5mm headphone jack. While Apple assumes most people will simply opt to use wireless headphone like its AirPods, many choose to connect their existing headphones - and buy a lightning to 3.5mm adapter. While these adapters are included with a new iPhone, it appears people are still buying them in large amounts - either because they’re losing them or breaking them - so much so that the adapter ranks #1 for all Apple products sold at Amazon.com.

Remember the iPod Shuffle? It was a colorful little lapel tag with no screen that did one thing, and one thing well: shuffle songs. It was a favorite for runners and other people who wanted to listen to music on something simple and cheap. Even though Apple discontinued the product seven years ago, it still sells as a refurbished item at WalMart, and when it does, it sells out quickly. Whatever you do, though, do not venture into the reviews for this product at Walmart.com - they’re depressing at best. 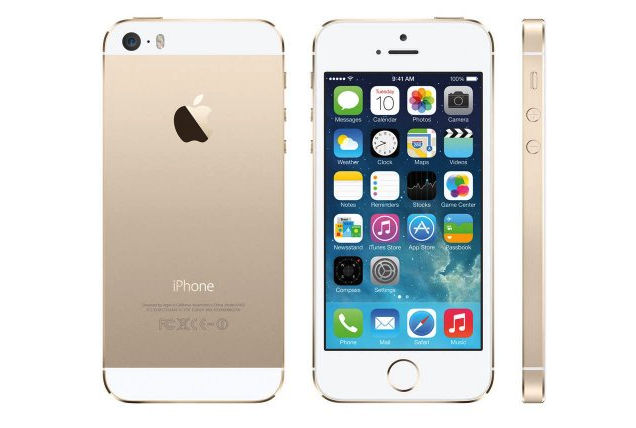 When Apple blessed the world with the iPhone 5 in all its glass and aluminum glory, it was an instant hit. When Apple then cursed the world with the iPhone 5s in gold, it became a status symbol that, apparently, is still very popular among its fans. Case in point: the iPhone 5S in Gold, unlocked, is still a hot seller at Walmart, making it the second-most popular Apple product that the world's largest retailer carries today. Keep the dream alive, people. Just make sure you’re holding it right.

Fake Apple EarPods with Remote and Mic - Standard Packaging - White - #2 “Apple” product at Amazon
#2 best selling Apple product at Amazon
If people are losing their headphone adapters most, they’re losing their EarPod headphones almost as much. Or they’re just tired of lugging around the adapters and they’re buying EarPods instead. Even more interesting, it appears the best-selling EarPods on Amazon.com are not Apple products at all - they're cheap copies that sell for around $10. The top three Customer questions & answers are people asking whether or not these are authentic Apple EarPods, and the answers include, “These are not real Apple headphones” or simply “No”. Some even report that they are used, earwax included. One would think that as one of their top-selling Apple products, someone at Amazon would scrub these off their rankings or, at the very least, clean out the grody gunk.

For those curious, and for those with access, here's a snapshot (and link) of the dataset from which this was pulled: