The ambitious, bold and hungry start their week with The Business of Business!
People
6.5.18   6:27 PM People

Despite falling out of favor with the Obama administration, private immigration detention facilities are fluorishing under Trump.

Immigration and Customs Enforcement (ICE) spend upwards of $2 billion a year on facilities like those run by GEO group, a private-prison company that runs immigration detention and holding centers. Some of these centers are under fire for practices that separate immigrant families, in some cases separating children from their parents.

During the hotly contested, and perhaps most widely broadcast election ever, Donald Trump’s policies on immigration were a cornerstone of his campaign. Infamous walls, enhanced background checks and mass deportation of illegal immigrants were all promises made in return for the highest office in the land.

Riding the wave of the successful election and these controversial promises, private-prison companies of the United States have seen a huge increase in profits, and stocks subsequently skyrocketed.

One such company is GEO Group. GEO Group is a Florida-based company that runs privatized corrections, detention, and mental-health facilities across the world. GEO operates a number of facilities within the US, including 14 detention, processing and holding facilities for ICE.

In some of GEO Groups ICE facilities, like the Joe Corley Processing Center in Conroe, Texas, prisoners are forced to work for a as little as a single dollar per-day.

"GEO has consistently, strongly refuted the allegations made in this lawsuit, and we intend to continue to vigorously defend our company against these baseless claims. The volunteer work program at all immigration facilities as well as the minimum wage rates and standards associated with the program are set by the Federal government under mandated performance-based national detention standards. Our facilities, including the Aurora, Colo. Facility, are highly rated and provide high-quality services in safe, secure, and humane residential environments pursuant to the Federal Government's national standards."

Interestingly GEO, Group was discovered to have made a $250,000 donation to a pro-Trump campaign group. GEO Vice President Pablo Paez defended the contribution, stating that the donation came from a subsidiary company of GEO, one seperate from federal contracts. 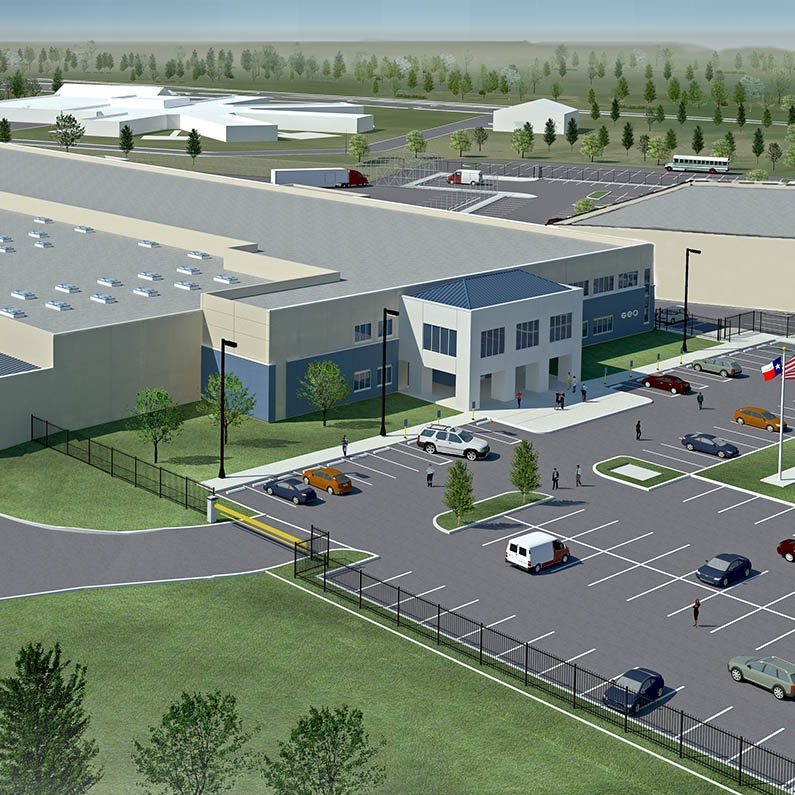 Meanwhile, GEO’s contract with the federal government to run their immigration facilities was secured under the Trump administration.

In February 2017, Attorney General Jeff Sessions rescinded guidance from the previous deputy attorney general, Sally Yates, who suggested that the US government halt its contracts with for-profit prison companies such as GEO Group and their main rival, The Corrections Corporation of America (now known as CoreCivic).

CoreCivic has also enjoyed an impressive stock rally since november 2016.

Corrections Corp's locations are shown below along with Geo's locations (from the Thinknum Datalab): 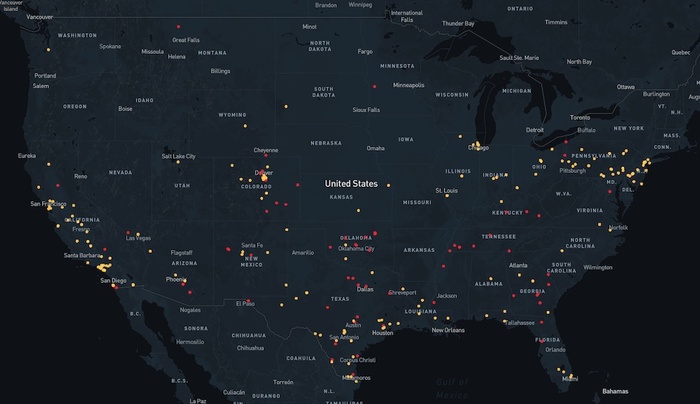