The ambitious, bold and hungry start their week with The Business of Business!
People
7.11.19   6:38 PM People

In coding its job listings language to make positions appeal more towards female applicants, Facebook is aggressively targeting its goal of diversity on a unique front.

In its annual diversity report, Facebook ($FB) made a pledge to double the number of women and minorities it employs until 50% of its workforce is made up of "women, people who are Black, Hispanic, Native American, Pacific Islanders, people with two or more ethnicities, people with disabilities, and veterans". It says it will do so within the next five years.

With Facebook's global workforce currently at 63.1% male, a closer look at its job listing descriptions over time reveals that the company is taking every step it can to have its openings appeal to female applicants. According to our analysis, the company is already well on its way.

We ran Facebook's job openings through an academic gender decoder (see below for an explanation of what that means) and discovered that the company's average job posting is at its most feminine-biased point yet.

The dip in late 2018 comes around the time that the ACLU was suing Facebook for gender discrimination in its job advertisements, which are seperate from the actual job listing language.

This average percentage via our gender decoder is a radical difference from multinational technology companies we've covered in the past. For example, here is what the same gender decoder did for jobs at Google ($GOOG):

So why is this happening? Because the majority of Facebook job listings contain language that is more feminine-coded than masuline-coded, as determined by formula directly taken from a gender study. 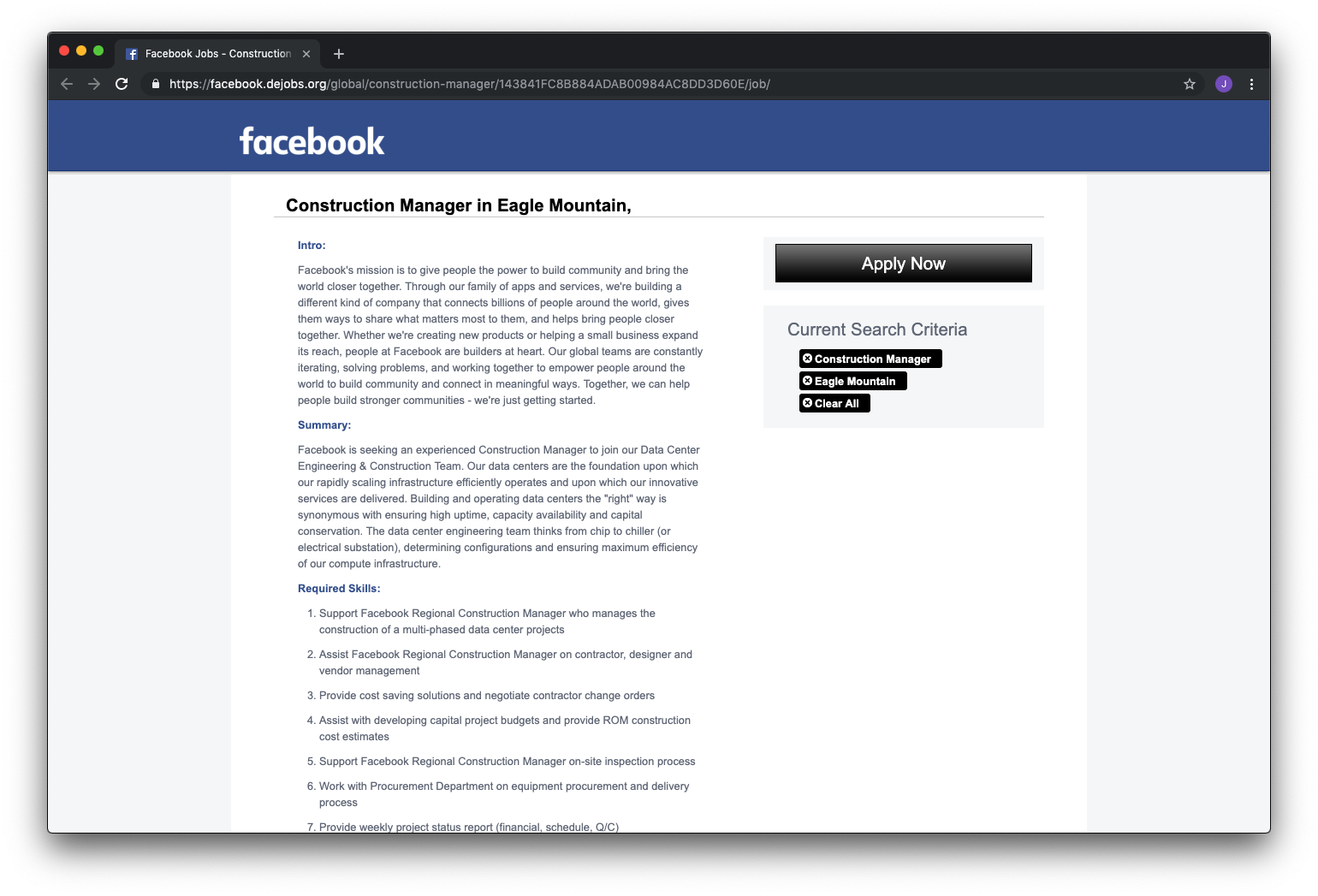 The gender decoder only found two masculine-coded words in this entire posting and double-digit feminine-coded words, and therefore assigned it a rating of 0%.

Even in taking out the Intro and Equal Opportunity Statement, which is built into every post and often sways the gender decoder towards feminine-coded, the posting still has more feminine-coded language than masculine.

The gender decoder was created to show how job listings may "put off" male or female applicants due to the language used, as it may seep in societal expectations of what jobs men and women "ought to work," and therefore may make the applicant feel like they don't "belong" in the occupation.

In coding its job listings language to make positions appeal more towards female applicants, Facebook is aggressively targeting its goal of diversity on a unique front. Is it effective? Its global workforce only shifted about a half percentage point less male from last year (63.7%) to this year (63.1%), so it appears there is still work to be done.

But with the data we see in the words that might otherwise go undetected by an untrained eye for coded linguistics, we found that Facebook is taking an additional, more subtle, approach to making its company more diverse.

About the data and the gender decoder

This gender decoder is based on the research paper "Evidence That Gendered Wording in Job Advertisements Exists and Sustains Gender Inequality" (Journal of Personality and Social Psychology, July 2011, Vol 101(1), p109-28), written by Danielle Gaucher, Justin Friesen, and Aaron C. Kay. In this paper, the three looked at language in job descriptions they found to be "feminine" or "masculine" in nature and whether or not men and women may be off-putted by sample job descriptions.

The gender decoder assigns a rating — 0% (feminine), 25%, 50% (no bias), 75%, and 100% (masculine) — to a job listing based on the ratio of feminine-coded to masculine-coded language. For the purposes of studying companies, all job listings are put through this gender decoder, and the average of these results are calculated daily.