The ambitious, bold and hungry start their week with The Business of Business!
Markets
4.24.19   1:27 PM Markets

The ER vs. Urgent Care: how CityMD is changing the healthcare industry

CityMD has 96 urgent care centers in the New York and Seattle metro areas. Here is how it, by way of the urgent care business, is changing healthcare as we know it.

EDIT: City-MD Co-Founder and Chief Growth Officer Nedal Shami reached out and clarified the number of CityMD locations in the New York and New Jersey metro area. He said that CityMD have 110+ locations in NY/NJ metro area alone and over 30 on Long Island. Our data was taken on May 22, 2018, those locations were checked in April 2019, and we're working on finding the new locations.

He also had this to say:

"I would add, even with the emergence of alternate options, consumerism in healthcare is what’s driving the change. It’s the fundamental concept that a service provider builds the experience around the customer. While not necessarily innovative, it is generally absent from healthcare otherwise. CityMD, I would argue, fundamentally understands this, at our core, this is what makes us different."

It's 1972. You're chilling with Julio down by the schoolyard when suddenly, he takes a gnarly fall and sprains his ankle. Back then, you only had two options: head to his primary care physician (doctor), or go to the emergency room.

Today, urgent care centers are the middle ground for acute illnesses (the flu) and injuries that are too severe to wait for a doctor, but not so bad that an ER visit is needed. These centers are more than necessary in today's healthcare climate; the average wait time for the emergency room is 30 minutes, and treatments take 90 minutes, meaning you're stuck for two hours in the hospital. Furthermore, if you somehow don't have health insurance or are not covered, an ER visit could cost up to $3,000, depending on the severity of the illness.

And in Seattle and New York, CityMD ($PRIVATE:CITYMD) is one of the many providers who help fill that space between the thousands of doctors and dozens of hospitals.

At present, the privately-owned CityMD has seven locations in Washington and 89 in the New York metro area, which includes New Jersey, Long Island, and the five boros.

With the way CityMD centers are spaced out, a person looking for urgent care won't have to travel more than 13 miles (crow's fly distance) in Washington, and 9 miles in the New York metro area. It is heavily concentrated in the city so that someone looking for care can walk or, at worst, hop on a subway, and in places like Long Island, the drive between the two most distant centers takes about 20 minutes on a typical day. 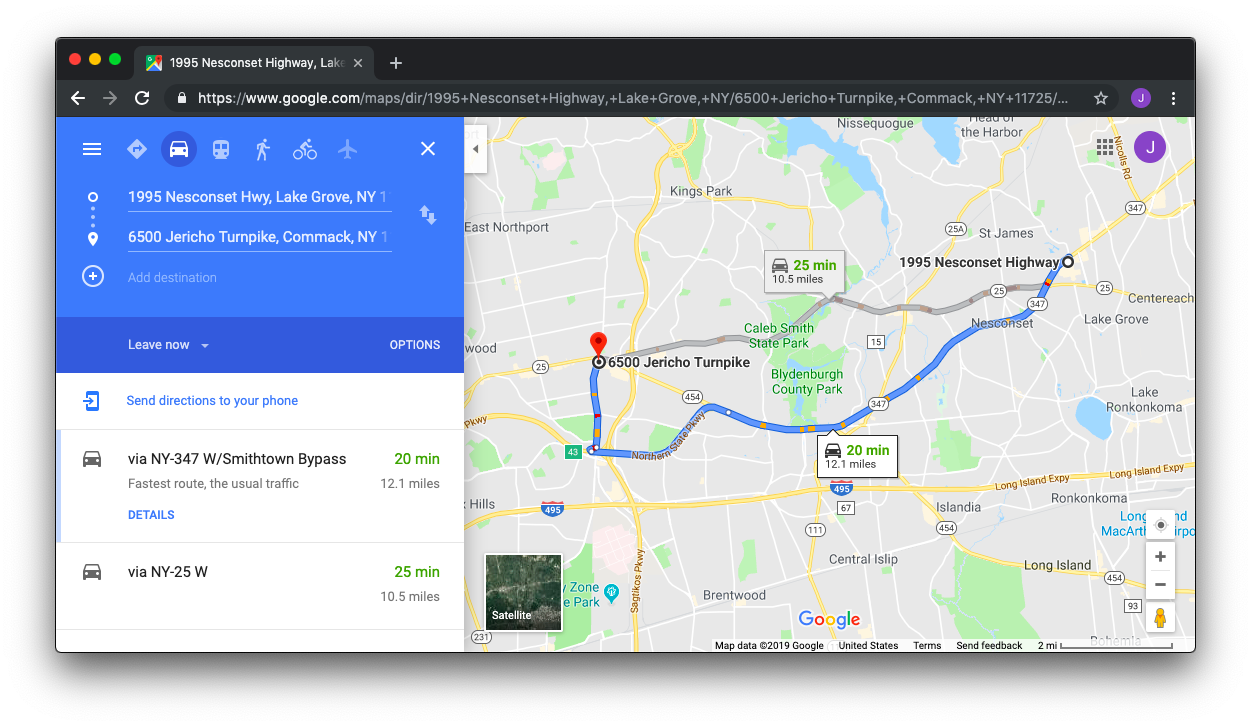 Even more surprising than the distance between CityMD locations is the number of locations itself. On Long Island, one of the most affluent places in America, there are 29 hospitals in Nassau and Suffolk County. There are also 19 CityMD centers spread out across the Island alone, not even counting the other major and minor urgent care providers.

Update: After clarification, there are 30 CityMD centers on Long Island, which means it alone has more urgent care centers than all emergency rooms on Long Island.

It's safe to assume that there are more urgent care providers than emergency rooms on Long Island, and a fair ratio of centers to hospitals in the entire New York metro area.  Yet CityMD is still growing; on April 23, 2018, there were 180 job openings at the company between its corporate and field offices. A year later, the company is hiring for 210 individual positions, an increase of 16.67% year-over-year.

As the urgent care industry is on pace to be worth $26 billion by 2023, CityMD appears to be one of the biggest players in the country's largest metropolitan area.