The ambitious, bold and hungry start their week with The Business of Business!
Markets
1.22.18   1:10 PM Markets

European grocery stores are invading the US, and German discount mart LIDL is the latest to land on our shores. They're setting their sights on Whole Foods, hoping to lure customers away with their no-nonsense packaging and consumer-friendly pricing.

The first modern LIDL store opened in Germany in 1973. It directly copied extant European chain ALDI's concept of offering a limited assortment of products and basic packaging in order to pass the savings along to customers. Products that didn't move off the shelves were quickly discontinued, and stores were kept as small as possible to keep costs down. By 1977, they had grown to 33 locations.

We’re expert product curators. Instead of offering a myriad of brands in every category, our stores offer carefully curated selections that are top-quality and best-prices.

LIDL expanded into the UK in 1994 and since that time they have grown consistently. Today, LIDL has more than 10,000 stores in 27 countries making it the fifth largest retailer in the world.

Why would a global behemoth go after a niche market specilizing in a mix of organic lines and local foods? Even more curious is their timing: Whole Foods was once snarkily known as "whole Paycheck," but since their purchase by Amazon ($NASDAQ: AMZN), the company has offered up dramatic price drops.

In other words, LIDL may have shown up late and out-gunned to this particular invasion. 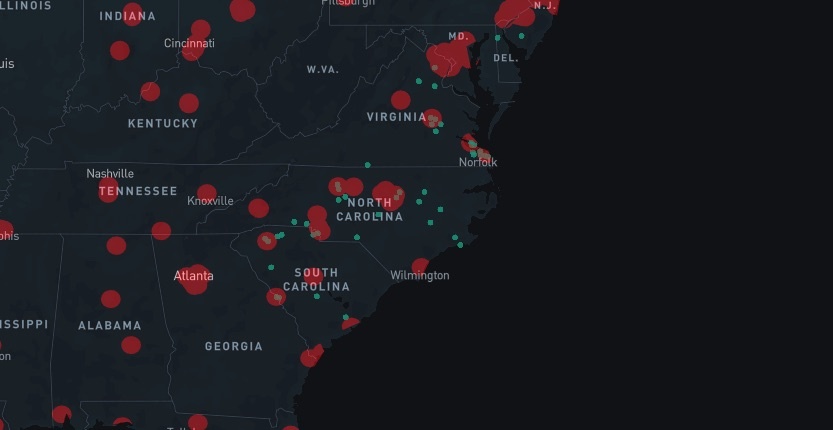 LIDL Stores (Green) in the Eastern US, with Whole Foods current terrorites in red 15-mile radii

Initially, LIDL’s growth strategy was to cover as many states as possible as quickly as possible. The company has a real estate portfolio of 400 locations, and announced plans to rapidly open 100 stores up and down the eastern seaboard, including a big move into Texas and Ohio.

But slow sales and stiff competition have stalled that plan. Going up against entrenched rivals - niche markets Whole Foods and Trader Joes, European rival Aldi, as well as bigger grocers like Wegmans, Kroeger, Safeway, Giant, and especially Walmart ($NYSE: WMT) - turned out to be a lot harder than they expected. 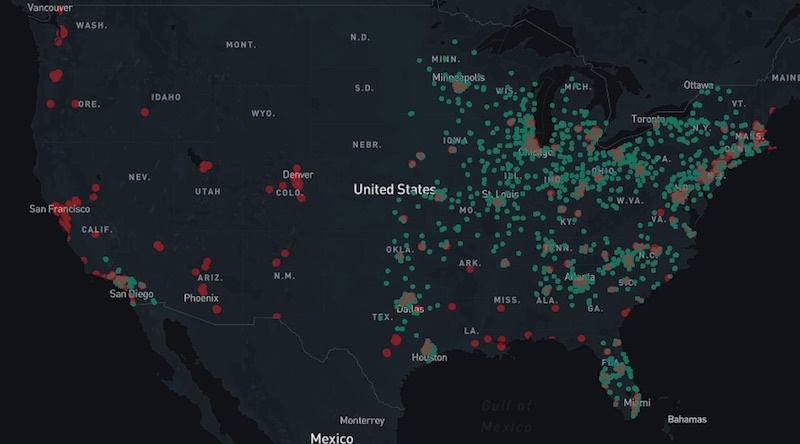 LIDL competitors ALDI (in green) and Whole Foods (in red)

What's more, five LIDL stores in various stages of construction have been put on hold as the company rethinks its strategy.

LIDL has distribution centers in Virginia and North Carolina. A third is set to open in Maryland soon. A fourth is planned for Georgia. These distribution centers are key, as LIDL needs to get fresh fruits and vegetables to stores quickly. While their European game plan has them operating continent-wide, perhaps dominating one state or region would be a smarter strategy for their American entry. 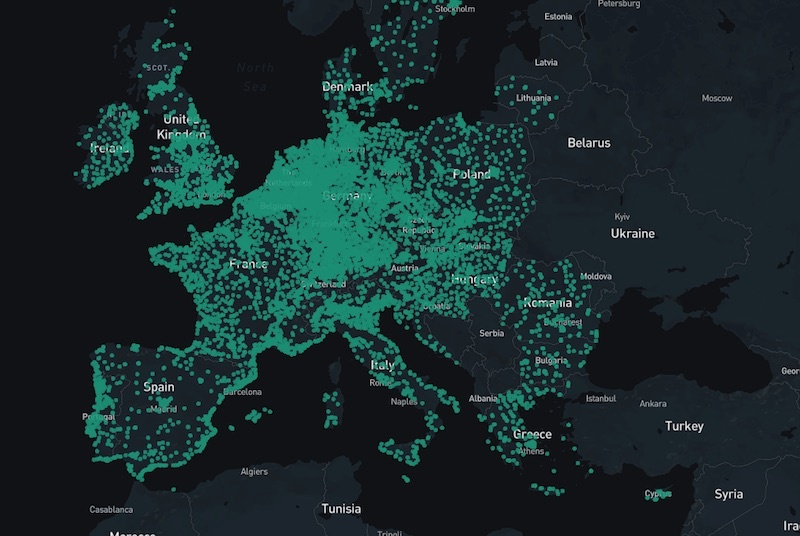 LIDL’s US growing pains brings to mind the failure of Tesco’s Fresh and Easy brand.

A decade ago, the world’s third largest retailer, Tesco, launched several Fresh and Easy grocers in the western US. They set up shop in El Segundo, California and expanded at a lightning pace.  By 2011, there were 182 Fresh and Easy markets located in California, Arizona, and Nevada. New stores were going up on pricey real estate, including Los Angeles’ trendy Melrose Avenue.

That Melrose Avenue store, and several others, would never open. Tesco thought they had tweaked their stores to American tastes, but Fresh and Easy didn't catch on fast enough to sustain the large infrastructure. By the fall of 2015, the entire chain was out of business. The never-occupied shop on Melrose Avenue is now a CVS.

LIDL already focuses on value and unique, quality products in smaller venues - more like the very succesful niche market Trader Joe’s. That’s the European grocery store way, and there's a place for it in the US. You don't achieve that by going head to head with major chains, but rather in providing value, convenience, and a product that the store’s surrounding neighborhood cannot live without.