Watching the day-by-day decimation of EA's Facebook "likes" as they botched the launch of Battlefront II.

There are two things in the videogame industry that, historically, are rock-solid bets: anything licensed to the Star Wars franchise, and anything published by industry monster EA (Electronic Arts) ($EA).

Star Wars: Battlefront II, which debuted this fall, was destined to be a market leader (and a quarterly-earnings bonanza for EA). It didn't go as planned - at all. The badly-botched launch has left the company reeling in social media vitriol, lagging sales, and reduced price targets on Wall Street.

So what went wrong?

The image above (pulled from our trusty visualization math droid here at Thinknum) reflects EA's Facebook Likes this fall.  As you can see, they company had a steady rise into September, followed by a clear and precipitous downslope. This number represents total Facebook likes, so any dips are doubly bad - that's because it means that Facebook users were actively "unliking" or "unfollowing" Electronic Arts. In short, we're looking at a real-time qualitiative representation of how social media users perceive the company on the world's largest social network.

Let's dig deeper into the chain of events, lined up to key inflections in the graph.

This culminated in a powerful entertainment company scrambling to explain itself to both gamers and investors. 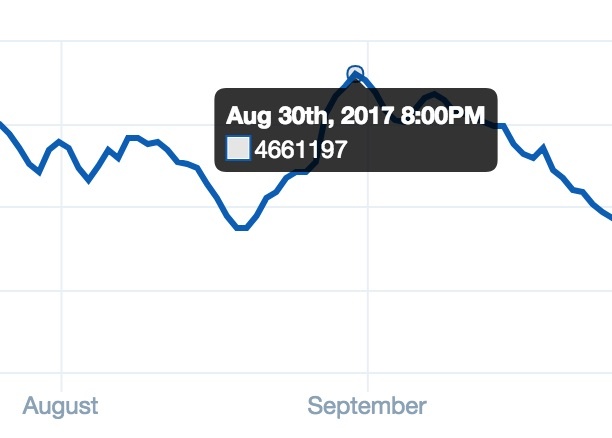 That peak date is August 30, 2017. That was right after an impressive set of trailers were revealed and game details were released.

The market was ready - and willing - to give EA the blockbuster they were looking for, and the media hyped it up with articles like Star Wars Battlefront 2 Starfighter Assault gameplay revealed and Walmart, Target, Toys R Us bet big on 'Star Wars' Force Friday. 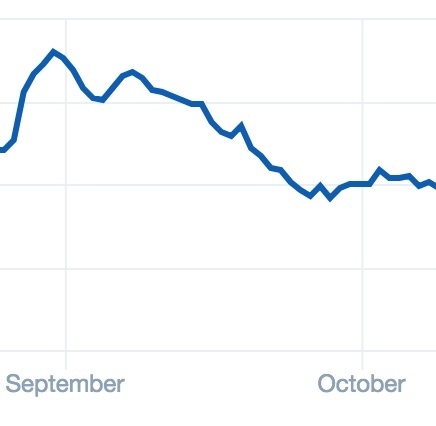 But then, we get a steady decline in "likes" throughout September. As details leaked about the nature of the game, influencers and game journalists began to sour on the new title.

On September 12, the game's "beta" period began, in which hard-core fans were invited to test the game while EA collected feedback from users to clean up last-minute issues (from server limitations to gameplay functionality). During this period, gamers had a chance to pre-order - and also to cancel existing preorders they had made in their initial enthusiasm.

Then, at the end of the month, EA came clean with all game details, locations, and another trailer. At this point, everyone knew everything about the game. Or so they thought.

We see a slight uptick in Facebook "likes" the first week of October, peaking on October 2, and leading into a more public, open beta of the game beginning October 7. At this point, all those who had any interest in the game were in the know, talking about it, and ready to reach for their wallets. That reaction, as we learned, was anything but positive. 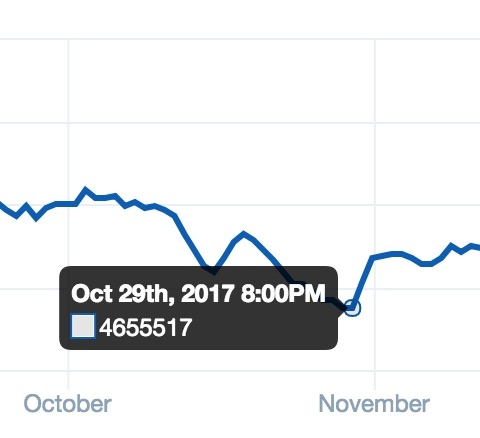 One way to win fan loyalty is by sending out boxes full of promo items - aka "loot crates". This should have been a slam dunk for EA, but instead they bobbled that, too. On October 8, popular YouTube gaming personality AngryJoe posted a video titled "Angry Rant - WTF?! at the Loot Crates in Battlefront 2!"  He commands an impessive audience of 3 million YouTube followers), and half of them have viewed his trashing of EA.

It was quickly followed up by an article at Mashable titled, "People are pissed about Battlefront II Loot Boxes".  From there we saw a massive movement - complaints about the loot boxes, requests for government agencies to investigate the game for illegal gambling practices, and, finally, the math: Players figured out that in order to "unlock" everything the game had to offer, one would have to spend $2,100 in in-game microtransactions or hunker down for 4,500 hours of gameplay.

Not a good look for EA.