The ambitious, bold and hungry start their week with The Business of Business!
Markets
11.27.18   5:34 PM Markets

Another D&G blunder in China is putting the luxury fashion company on thin ice in an emerging luxury market.

Luxury fashion brands have been doing well as of late in China. But one brand, Dolce & Gabbana, is having a rough go of it.

Last week, Dolce & Gabbana ($PRIVATE:DOLCEGABBANA) was supposed to have "The Great Show", a fashion event in Shanghai meant to promote its brand in Asia. It was also meant to close the book over controversy the fashion house dealt with last year, when its "Dolce & Gabbana Loves China" campaign portrayed the country as underdeveloped.

Unfortunately, D&G didn't learn from its mistakes: in the days before the scheduled event, it ran advertisments featuring a young Asian model eating pizza with chopsticks with a bizarre voiceover about the food being too big for her. The videos have been since removed from Instagram and popular Chinese social network Weibo.

But the damage is already done.

Along with getting its event effectively cancelled by the Chinese government, D&G now has no products listed on popular Chinese e-commerce websites Alibaba ($BABA) and JD.com ($JD). Furthermore, social media backlash caused D&G's Weibo profile to shrink in comparison to other fashion brands.

Not only is its online presence in China threatened by dodgy advertising, but its global brick-and-mortar footprint could be at risk as Chinese consumers turn their backs on the brand. Currently, there are more D&G stores in China (58) than there are in the United States (57). Four of those stores are also in Shanghai, the country's capital and the would-have-been location of "The Great Show." 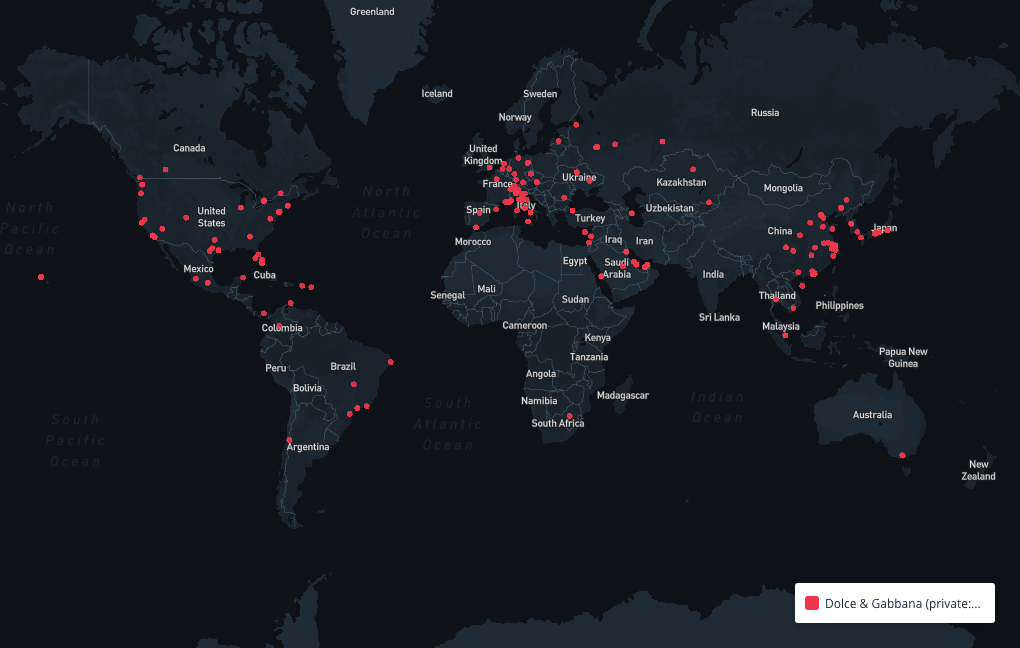 Now under the ire of the Chinese government, whose Cultural and Tourism Department ordered that its fashion show be cancelled on the day of the event, D&G will have yet another mistep to correct as it hopes to remain in growing luxury market.