The ambitious, bold and hungry start their week with The Business of Business!
Markets
6.5.19   12:00 PM Markets

At one point in time, private prisons and detention centers were to be a thing of the past. But immigration controversy at the southern border has kept the industry alive and, in the case of CoreCivic, thriving.

If there's one sector of American businesses that is loving the showdown at the Mexican border, it would be the private prisons taking on thousands of immigrants. And one of the private prison operators benefitting the most, would be CoreCivic ($CXW), previously known as Corrections Corporation of America.

In 2016, the Nashville-based company was given an extension on its contract with Immigration and Customs Enforement (ICE), the agency that enforces immigration laws and arrests illegal immigrants to send them to facilities run by companies like CoreCivic. At the time, the company was going through a bit of a restructuring and even announced some layoffs.

In April, CoreCivic was hiring for 218 positions; as of this week, it has 468 openings listed on its careers site. The largest concentation of those openings include 47 openings at CoreCivic's Eloy Detention Center in Arizona.

This particular detention facility was recently the subject of some rough headlines when an investigation by The Intercept revealed that ICE was putting detainees into solitary confinement as punishment for minor offenses like consensual kissing or haircuts among immigrant prisoners. The investigation revealed that ICE had placed detainees in Arizona facilities in solitary confinement 715 times from 2012 to 2017, some for more than 100 days.

Core Civic operates 129 facilities throughout the united states. Just after the Eloy Facility, CoreCivic lists 26 openings at its Eden Detention Center in Texas. This facilty was originally slated for closure in 2017 by the Obama administration, which hoped to close all private prisons of its sort. Things are obviously a bit different for Core Civic under the current administration. 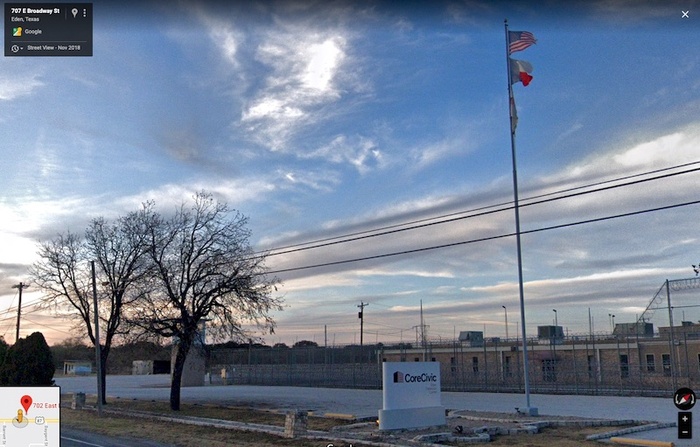 At one time, CoreCivic was called "Corrections Corporation of America". After years of controversy and near shut-down by the Obama administration, the company quietly rebranded as CoreCivic. By looking at Facebook chatter about the company, it becomes clear that the move helped keep the company under the radar during the recent border crisis and controversy.