The ambitious, bold and hungry start their week with The Business of Business!
2.5.21   3:00 PM People - Profiles

Codecademy founder Zach Sims is coming for your developers

2020 was a good year for the company, and its B2B pivot is well underway.

Zach Sims didn’t have an easy time learning how to code. As a Columbia undergrad, Sims was working for a tech startup while taking programming courses, which he says weren’t effective enough.

“It was just super difficult, and I felt like it didn’t need to be that difficult,” Sims said. “I felt like it should have been something that was normalized, as welcoming and easy for people to learn.”

After more luck taking the self-taught route, Sims and a fellow Columbia grad, Ryan Bubinski, decided to start a company that would make it easy for people to learn to program. In 2011, they founded Codecademy, an online learning platform that has had 45 million users to date.

The company’s newest product, Codecademy for Teams, is a B2B product that enables companies to give technical training to employees. After launching a beta version last year, Codecademy for Teams saw a 350% year-over-year increase in B2B sales, adding 500 customers including IBM, The Motley Fool, The Guardian, and Mixpanel. According to Sims, the B2B product was launched in part because many individual customers were using Codecademy in the workplace anyway.

“It was a good year for us. I say that not in the financial and revenue terms, but because we wake up in the morning and think about how we can help people.” - Sims

When Sims and Bubinski were first building Codecademy, they were accepted into Y Combinator’s summer 2011 program. According to Sims, YC was the perfect environment to workshop the product with other founders, while mixing in a little healthy competition. And his time at YC was among the most productive in the company’s history, he says.

“I think that our experience was terrific,” Sims said. “I dropped out of college. My co-founder had just graduated from college. I think the ability to be surrounded by a cohort of other really, really smart people that were starting companies at the same time, gave us, number one, some really tremendous motivation.”

Codecademy launched right after going through Y Combinator, with 200,000 users signing up in its first three days. The site was free, which helped attract some 25 million users after four years. That led to a Series B with investors like Index Ventures, Kleiner Perkins, and Richard Branson. The company has since focused its energies on its paid service, Codecademy Pro, which launched in 2015. 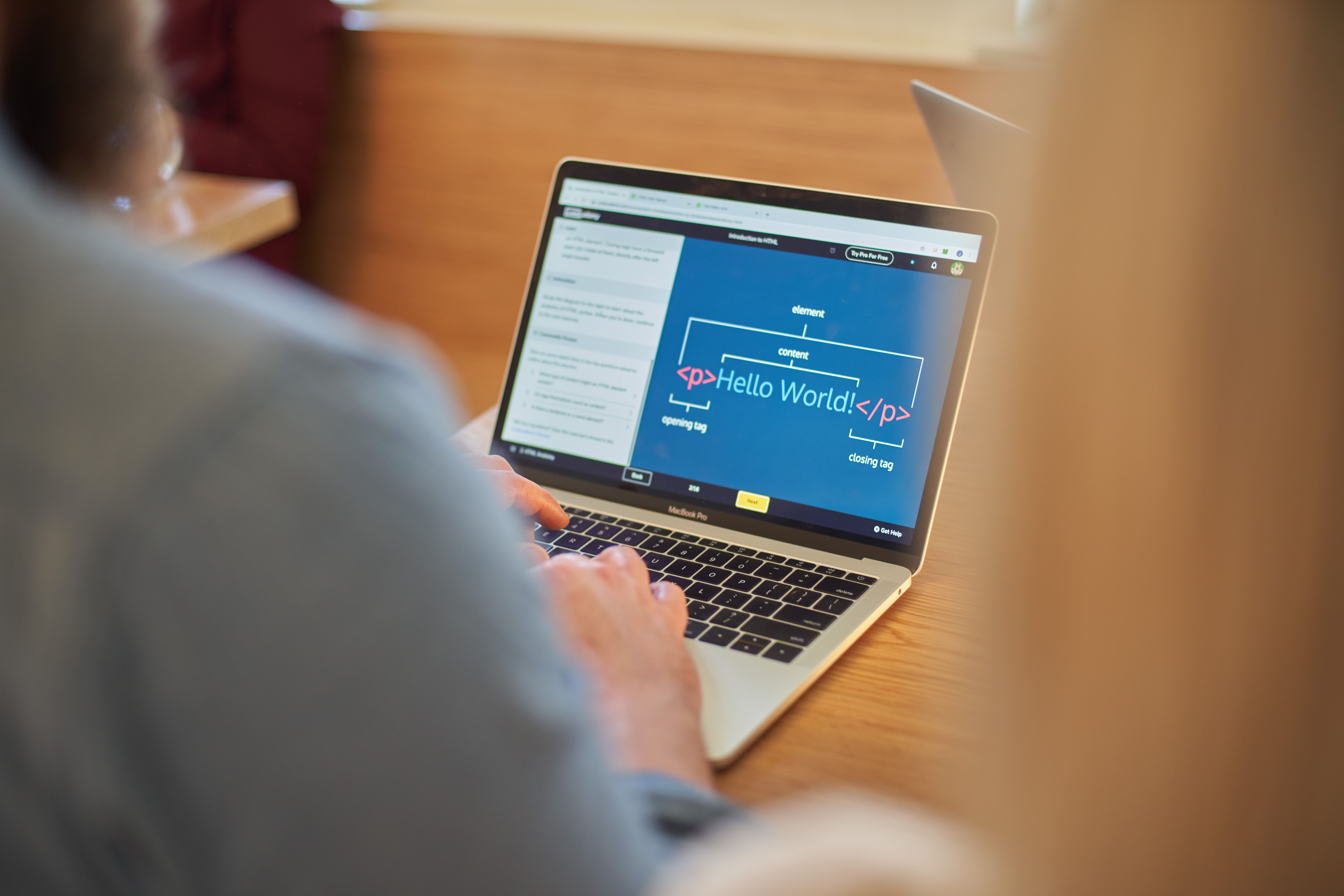 In the last decade, Sims has seen the edtech industry explode — and with the pandemic, that growth has only accelerated further. That’s due in part to companies willing to spend on employee training.

“It absolutely has just skyrocketed,” Sims said. “The spend that the companies have on their learning and development over time has grown pretty tremendously. We've been pretty excited to see companies, I think, especially over the course of COVID, who realized that employee retention is critical for them, and in order to retain employees, they need to create this great experience for those employees. They can do that by teaching them new and important skills.”

While Codecademy has taught millions, some users feel the drawbacks of online learning. According to a reviewer on Skillcrush, Codecademy is great at providing the basics for learning to code, but the lack of human interaction makes advanced learning more difficult (Codecademy Pro offers more features like guided support, real world projects, and certifications). The reviewer concluded that online learning site Udemy offered a more comprehensive approach than the free version of Codecademy. Despite those drawbacks, Sims says that a decade of experience in edtech has given Codecademy a significant head start.

“One of the biggest things for us is realizing that we're in this imperfect world right now over Zoom, where people are making subpar educational experiences because it's the first time they've had the opportunity to teach online,” Sims said. “We, fortunately, have been working on this for eight and a half, nine years at this point, giving people the ability to learn interactively.”

“I was a first time founder. I dropped out of college, and I found it challenging because I thought I had to prove myself to everyone I was working with.” - Sims

“I think it was a good year for us,” Sims added. “I say that not in the financial and revenue terms, but really because we wake up in the morning and think about how we can help people. I think this was a pretty tremendous year for our ability to do that.”

And Codecademy has made it a priority to give back during the pandemic. The company offered 100,000 scholarships not only to students whose schooling was interrupted by the pandemic, but also to another 100,000 workers who were unemployed or furloughed at the time.

For Sims, his greatest challenge in the last year has been scaling a remote company. He says that Codecademy will stay remote for the foreseeable future, but will likely adopt a remote/in-office hybrid as soon as vaccines are widespread. To make remote working as effective as possible, the company has established what he calls “remote operating systems,” which include “defining meeting objectives upfront, meeting notes, lots of preparation.”

“I think we're crossing the point soon where we will hire more people since we've gone remote than we did in person, which is definitely weird to manage,” he said. “I think a lot of learning as we go along and a lot of talking to my peers and our people's peers as well in order to figure out how to build the best remote company we possibly can.”

According to Sims, being a good leader took him time to master, but the key lessons he learned — teamwork, delegation, and adaptability — have made him more successful ever since.

“I was a first time founder,” he said. “I dropped out of college and I found it challenging because ultimately, I thought early on that I had to prove myself to everyone I was working with. I wasn't good at delegating because I needed to demonstrate that I knew how to do certain jobs inside the company. As I've grown, I think I found that really the most important thing is to just find the smartest people you can in every subject area and just delegate to them and tell them to figure things out.”

Despite the challenges of running a startup during the pandemic, Sims is thrilled that more businesses are using Codecademy than ever before.

“I think that we are trying to achieve this mission of connecting millions of people to economic opportunity,” he said. “I think I'm pretty thankful each and every day that I get to wake up and do what we do, because I think it has a huge impact. I think hopefully the company will be around for generations.”