The ambitious, bold and hungry start their week with The Business of Business!
Markets
1.4.19   5:01 PM Markets

Chipotle Mexican Grill quietly raised prices across the board in December. Here's how it may affect your favorite dishes.

Chipotle Mexican Grill ($CMG) raised menu prices across the board last month by 4.5 percent in an apparent response to wage inflation.

Across all Chipotle Mexican Grill locations, the average price for burritos and burrito bowls of all types jumped this fall, according to menu data from Chipotle's official website that lists prices at its 2,408 locations. The move comes as a general trend in the restaurant industry that is responding to a buoyant economy, raising wage costs, and a tight labor market. 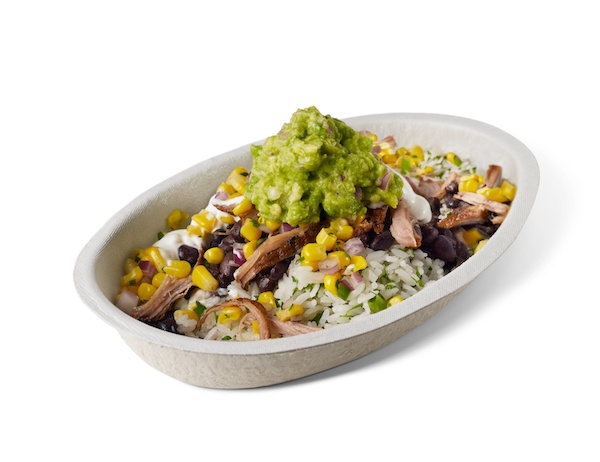 The beloved Barbacoa Bowl kept a steady price all spring and summer of 2018 until December when it moved from $8.07 on December 1 to $8.26 on December 11.

If you don't partake in animal protein and were thinking you were safe from the Great Chipotle Price Hike of Latter 2018, you'd be wrong. That's because the average veggie burrito bowl is priced exactly the same as the chicken burrito bowl. In other words, it also went from $7.09 to $7.25 on December 1.

If you like your burrito wrapped in a tortilla (i.e. an actual burrito), you'll be nonplussed to learn that your menu item of choice also saw a price hike in December. What was once $7.54 is now $7.77.

Not surprisingly, the classic chicken burrito's price followed the same $7.09 to $7.25 trajectory as the bowl version.

Fast food retailers such a McDonald's ($MCD) and Wendy's ($WEN) are also hiking prices as of late, signalling a change for the industry as a whole. The change comes on the heels of wage inflation brought on by a tight job market and increasing minimum wages in several states.

Positive growth in the economy has been good to the restaurant industry on the whole — Darden Restaurants ($DRI), the owners of Olive Garden, recently reported a 2.1% increase in sales quarter over quarter. But that good news came with a rise in labor costs from $622 million to $662 million.

As wages increase along with inflation, restaurants have begun experimenting with self-serve ordering systems designed to reduce labor costs. McDonald's began rolling out self-order kiosks in 2016. More recently, Shake Shack has begun testing the technology. Other technology, meant to reduce the amount of time that workers aren't producing product, is also being tested.

In the case of Chipotle, it's begun implementing digital — rather than paper — ordering systems that it hopes will reduce the time it take to cash out customers.

After all, more product sold per worker certainly makes those paid hours worth a lot more.