The ambitious, bold and hungry start their week with The Business of Business!
Markets
2.6.19   8:16 PM Markets

Charlotte Russe stores will close most of its stores in counties with a lower median income than the average American household, according to 2016 U.S. government data.

Charlotte Russe ($PRIVATE:CHARLOTTERUSSE) will close approximately 94 of its stores as part of a chapter 11 bankruptcy filing. These closures will disproportionally affect counties with lower median incomes than the average American, a move that reflects the final days of other retailers like Sears.

According to a company report, the 94 stores are spread out across the mainland United States, with only one store being out of the 48 states and in Hawaii. The report mentions several store closures for locations that are not currently listed on the store's website as of February 5, 2019, but 86 of the listed stores were remain active on the official Charlotte Russe website. 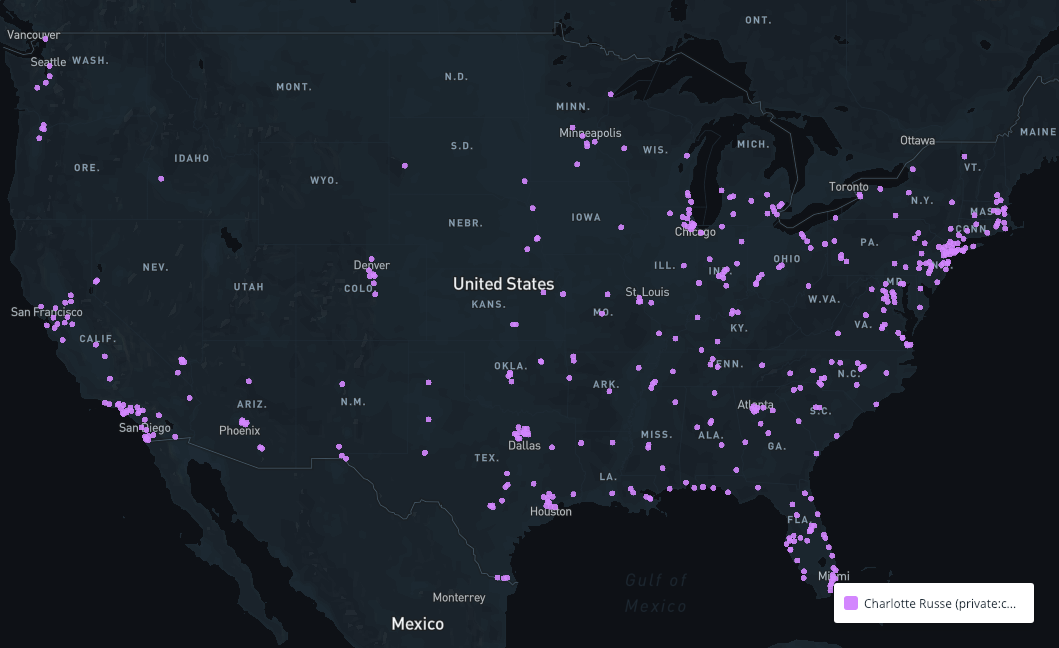 These store closures are happening in counties with more middle to low-income consumers than counties with a remaining Charlotte Russe location, according to 2016 U.S. government data.

While the average median income of households in counties with soon-to-be closed Charlotte Russe stores is $63,750, the data has a positive skew; more than half of the 86 stores are in areas where the median income is below $60,000 a year.

This contrasts from the overall picture of the Charlotte Russe that will remain open across the United States.

In those counties that will keep a Charlotte Russe store, the average median income is $72,791, almost $10,000 more than counties with soon-to-be closed stores. The data also does not have as heavy of a skew in either direction; the income bracket with the most stores that will remain open is the $60 to $69.9k range, which is where the average American median income for households falls under. 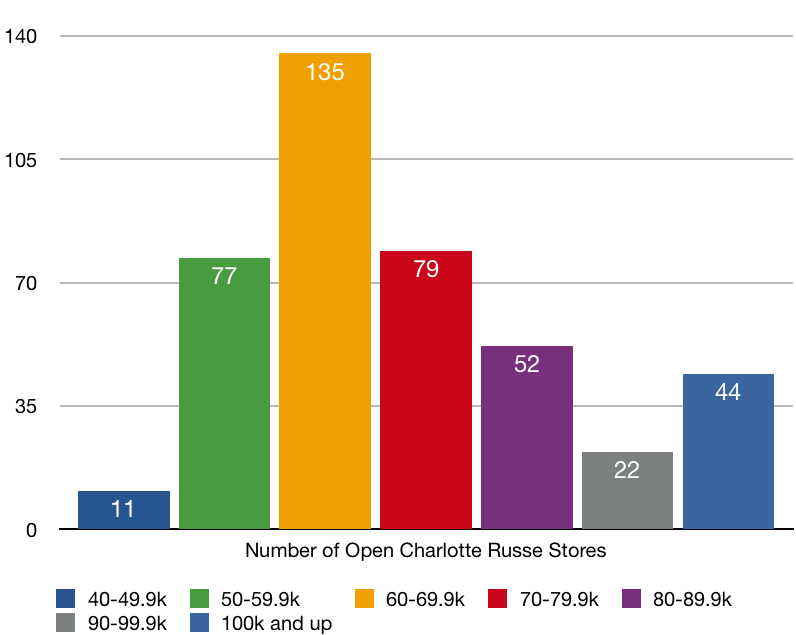 These trends mirror that of the general retail apocalypse, where dying retailers, such as Sears, are closing up shop in lower-income counties first or have a larger impact in areas with more consumers than have less discriminatory spending. This, of course, hurts the economy from the bottom-end up; store closures means people in low-income areas with retail jobs no longer have that income, and consumers in those areas will have to travel further to stay loyal to that brand.

As Charlotte Russe's Chapter 11 saga is ongoing, we'll see if the company continues to close more stores in these lower-income counties, or shifts towards more upper-class sections of American suburbia.