The ambitious, bold and hungry start their week with The Business of Business!
Markets
2.26.19   3:27 PM Markets

The winter fashion retailer tends to discount most at the height of summer and dead of winter, according to data tracked over three years.

Burlington ($BURL) may have shed its "Coat Factory" surname from much of its branding (it just goes by "Burlington" now), but it's still a premier place consumers go to buy something warm to wear when the weather isn't so toasty.

As the retailer looks to shed inventory before spring (yes, Burlington sells spring and summer wear), discount data tracked over the past three years reveals that we are about to enter the best season to score a coat at a deep discount.

Since 2016, the time periods that Burlington ran its deepest discounts — on average — have been in the dead of winter and in the apex of summer. In January, 2017, Burlington's average discount was a deep 43.27%. It once again shuffled inventory in July 2017 with discounts averaging 41.4%.

Last year in 2018, Burlington followed a two-strike discounting approach, with discount spikes in January and March of 39.74% and 39.3%, respectively. Then, in the summer, as if on cue, average discounts spiked to over 41% in the middle of July.

As we enter March 2019, Burlington appears to be on the path to another deep-discount cycle. Average discounts spiked to more than 38% in mid February and appear poised for another spike next month.

In other words, Burlington is cycling inventory, getting rid of whatever coats are left in stock, and clearing the way for spring.

The strategy appears to be working for the retailer; it's opening 13 new stores in March alone, followed by another 12 throughout May. 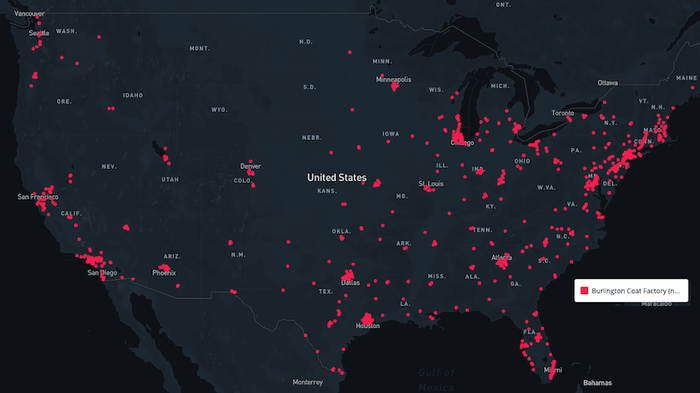