The ambitious, bold and hungry start their week with The Business of Business!
Markets
1.18.18   5:00 PM Markets

Turns out expensive produce does well where people can afford to buy it.

Confirmation bias is defined by Wikipedia as the “tendency to search for, interpret, favor, and recall information in a way that confirms one's preexisting beliefs or hypotheses.” When one has a massive dataset with mapping capabilities and local data at his disposal, one can confirm his hypotheses until the cows come home on beds of kale.

In this case, when mapping known locations of all-things organic and expensive (less-so now that they’ve been swallowed up my Amazon) Whole Foods, it shouldn’t come as too big of a surprise to anyone who's been paying attention that Whole Foods locations tend to be near local citizens who want (and can afford) emu eggs and black truffles.

So when one pulls up a visualization of both Whole Foods locations and local median income in the Thinknum mapping tool, the results are, indeed, a colorful confirmation that the chain loves the well-to-do. 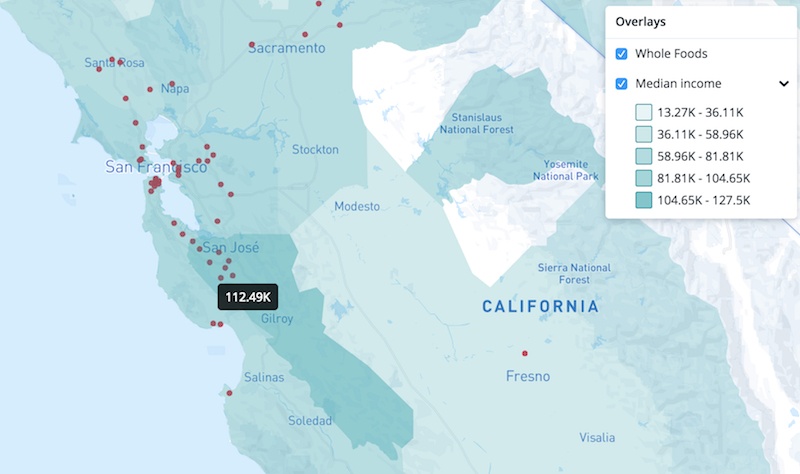 On the west coast, a swath of Whole Foods practically maps along with higher-income earners through the Silicon Valley region where median incomes swell to $112.49K. 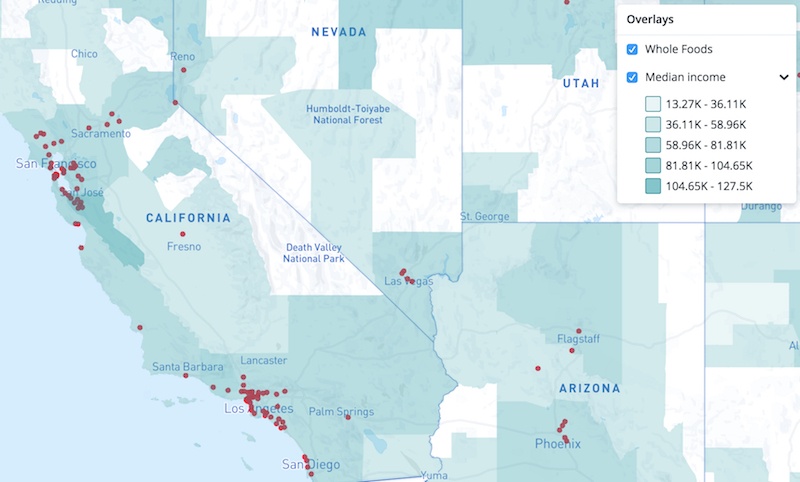 Zooming out to see Southern California and the general Southwest, store locations continue an accurate trace of those who like their food pesticide-free and fancy-named (not that there's anything wrong with that). 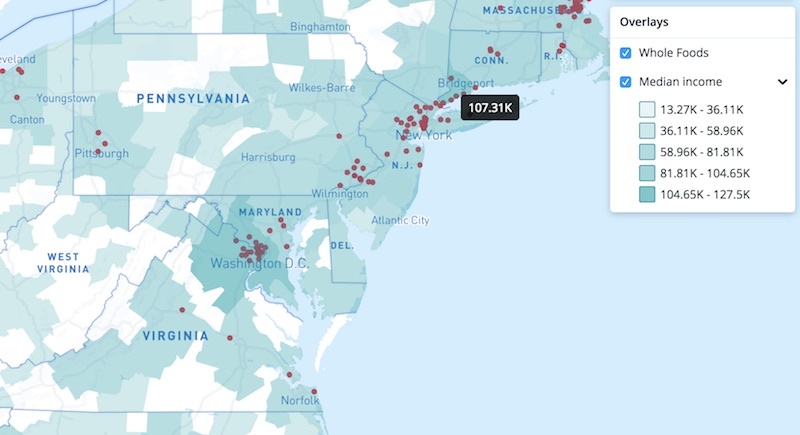 Finally, a cursory look at the tony Northeast, including Washington, DC and New York, and it's easy to see one thing very clearly: Whole Foods likes rich people.