Call of Duty: Black Ops 4 could be a Fortnite killer based on early stream viewership numbers

Blackout viewership on Twitch during its beta week shows promising signs that the game could rival Fortnite and outpace PUBG when Black Ops 4 launches in October.

Call of Duty: Black Ops 4 is the newest addition to Activision's ($ATVI) Call of Duty franchise, and this year, it will throw itself into the battle royale arena with one of its game modes, Blackout.

In a battle royale game, 100 real players fight until the last player or team is left standing. It first came about from the ARMA 3 mod H1Z1 back in 2015, but the genre recently reached the pinnacle of popularity with Fortnite, which had 78.3 million players in August.

Following this emerging trend, Call of Duty developer Treyarch created Blackout for Black Ops 4, making it the first Call of Duty with a battle royale mode. To drum up hype for the game's release on October 12, the game's Blackout mode had a limited time pre-release beta period last week from September 10 to September 17.

Of course, the gaming community has hotly debated how this new battle royale game-within-a-game stack up against its well-established competitors Fortnite and PlayerUnkowns Battlegrounds (PUBG). Although there are many subjective comparisons to make between the three heavyweights, one data-driven model that can portray success is seeing how these three games fared on the popular live-streaming website Twitch.tv ($AMZN). It's a worthy warzone for the battle of battle royales, as more than 100 million users per month tune in to watch their favorite content creators play what's trending in gaming.

When looking at concurrent viewer count on Twitch during the Blackout beta week, the game had a small viewership spike for when it first debuted on PlayStation 4. It soon dropped below Fortnite's viewership by the end of its first day and stayed there during the week, but still was, for the most part, consistently better than PUBG's viewership.

At the top of the hour at 7 p.m. UTC / 3 p.m. EST, viewership peaked at over 500,000 concurrent viewers. This not only smashed PUBG and Fortnite, who could only muster 79,000 viewers combined at this time, but it also beat out viewership for every other game on Twitch.tv. Here's what the Twitch page looked like at one point during this power hour: 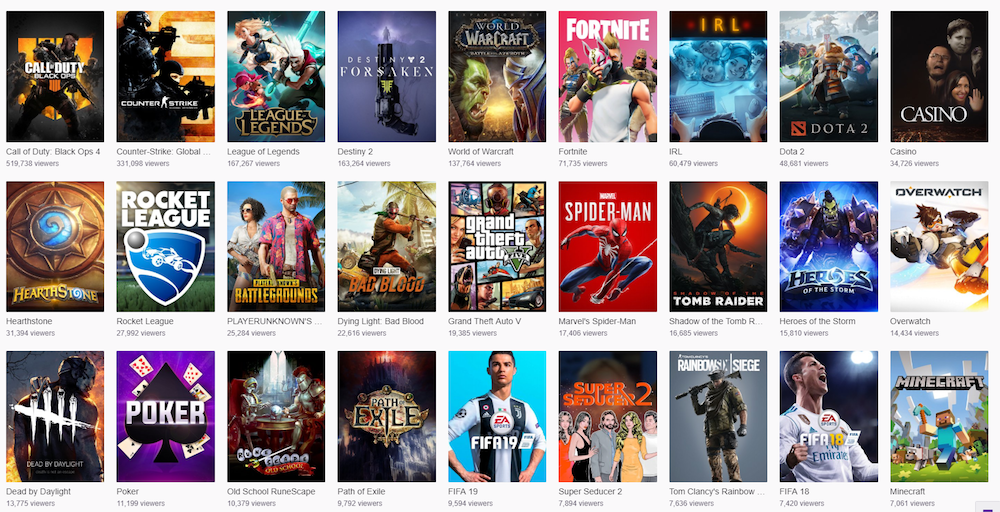 The Blackout beta in Black Ops 4 remained the most popular battle royale game on Twitch in terms of concurrent viewership during the rest of the weekend, only falling to Fortnite briefly on Sunday and ultimately on Monday the 17th.

Viewership not driven by quantity of streaming channels

The channel count is a different story however, with channels broadcasting Fortnite vastly outnumbering those streaming Black Ops 4.

The number of Fortnite channels averaged around 13,000 to 14,000 at its peaks, whereas the Blackout beta had only as much as 5,600 channels streaming it, even when it was peaking at over 500,000 viewers. In other words, while more eyeballs tuned into Blackout streams — such as the sponsored one streaming superstar Tyler "Ninja" Blevins had when the PC beta dropped — there were significantly less channels streaming the game overall compared to Fortnite and, during the PS4 only period, PUBG.

Furthermore, it is unclear that the Blackout beta "stole" viewers that would have been on Fortnite or PUBG, outside of a dip within the first hour of Blackout's release that may indicate this change. Although there are several question marks on the game's viewership weeks before its October 12 release, this test week shows that it can certainly draw in eyeballs on Twitch.tv.