The ambitious, bold and hungry start their week with The Business of Business!
People
2.13.19   5:17 PM People

Apple is holding a special event about its news service on March 25. But for the past three years, we've seen the company ramp up hiring efforts for its media and news teams.

Apple ($AAPL) just announced that it will host a special event on March 25 at the Steve Jobs Theater on the Apple Park Campus. Rumors and indicators suggest the company will announce a subscription-based news service.

Nine months ago, we reported that Apple was slowly, yet steadily, hiring more jobs to boost its Media business. Then, while new media companies were laying off workers a few weeks back, Apple ramped up hiring efforts once more.

Since March 2016, when we began tracking Apple's job listings data for these purposes, openings for positions containing the word "Media" have increased 288%.

As of February 10, Apple had 136 open job listings posted on its careers page, the most it has had in three years worth of data.

Among these 136 individual listings, the majority of them are for the company's "Software and Services" team — engineers, analysts, and data scientists who would work on nearly every aspect of the service and the rest of Apple Media Products, a catch-all term for the App Store, Apple Music, iTunes Video, and more.

There were also four positions within the 136 that contained the word "subscription" within the job description, including one for Full Stack Software Engineer. 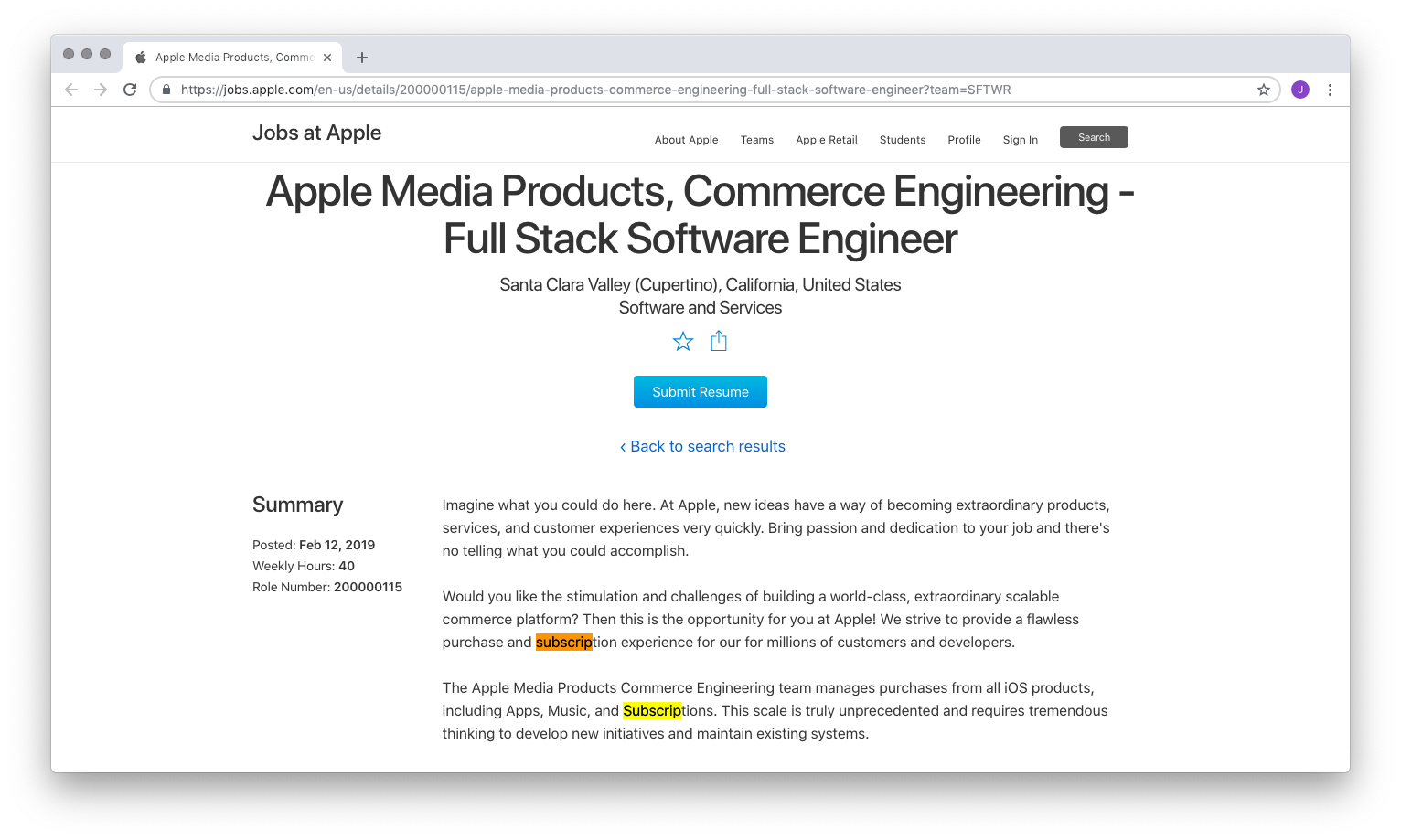 But beyond that, there are a few more jobs — 36 to be exact — that contain the word "News" in the title, and is where more creative positions lie. For example, Apple News is looking for an Editor "highlight the best and most engaging content" on the platform. 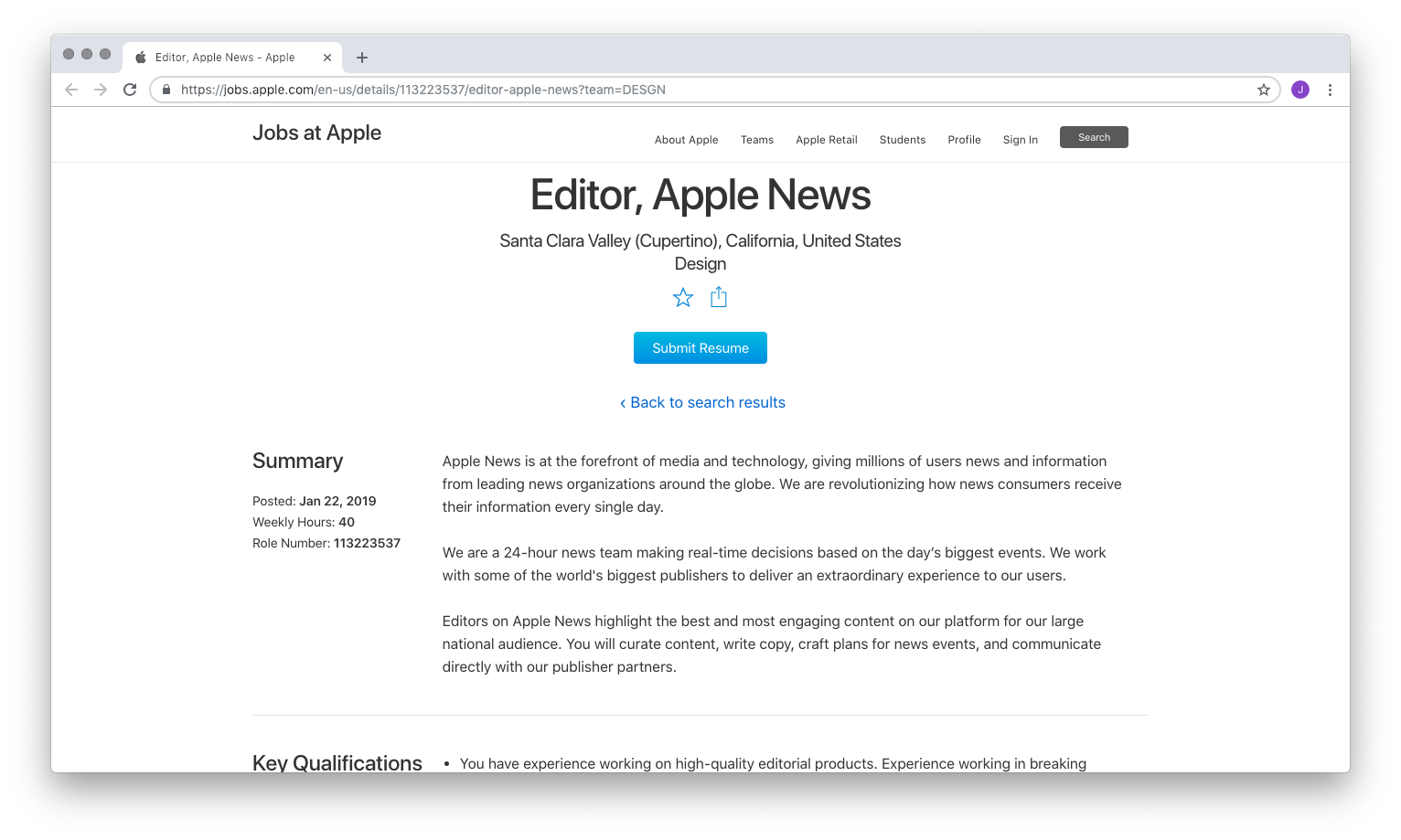 There is also a Social Media Manager position open at Apple News. 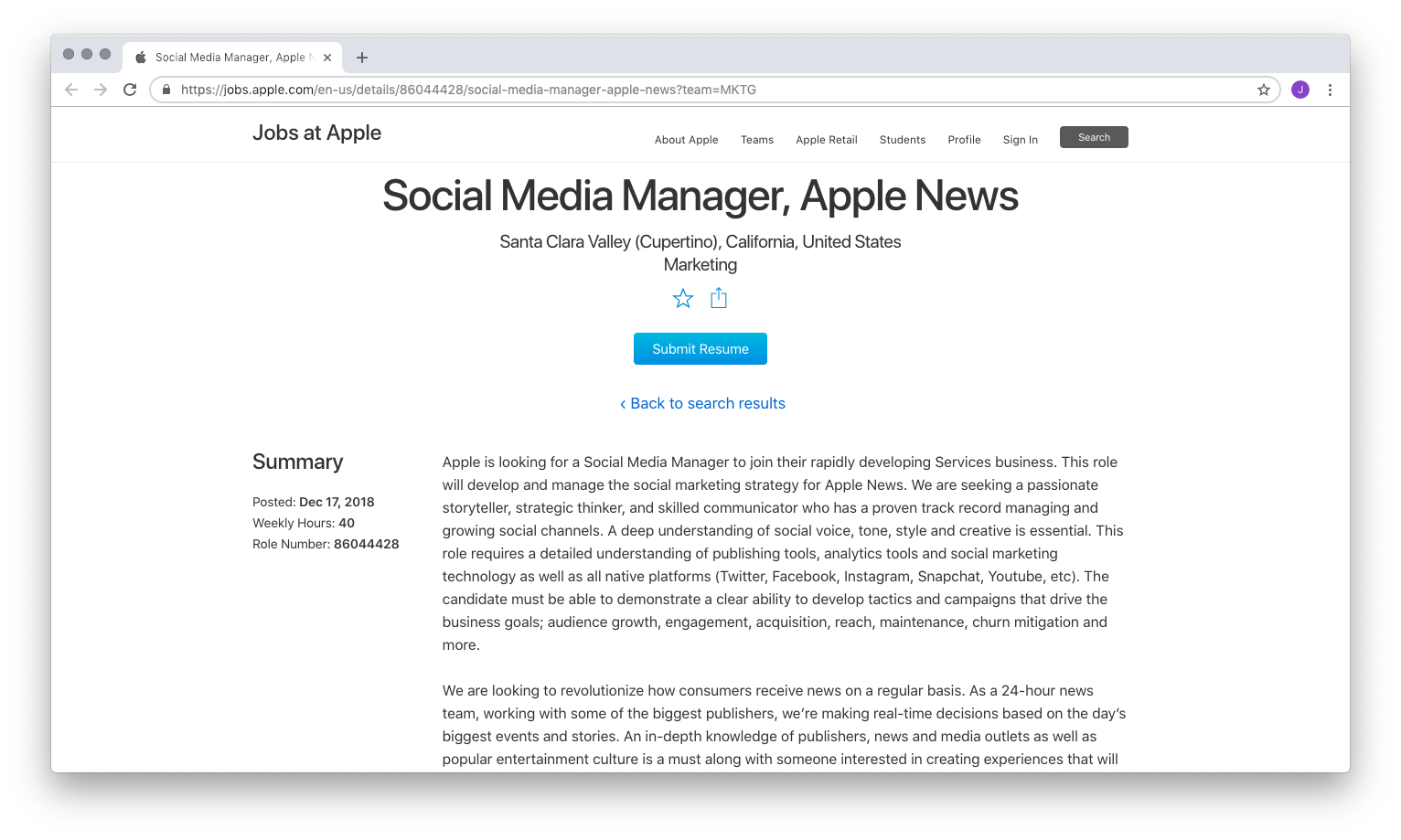 There is Full Stack Engineer position open for Apple News, which is similar to that of the overall Apple Media Products job, although the description is noticeably lacking in content. 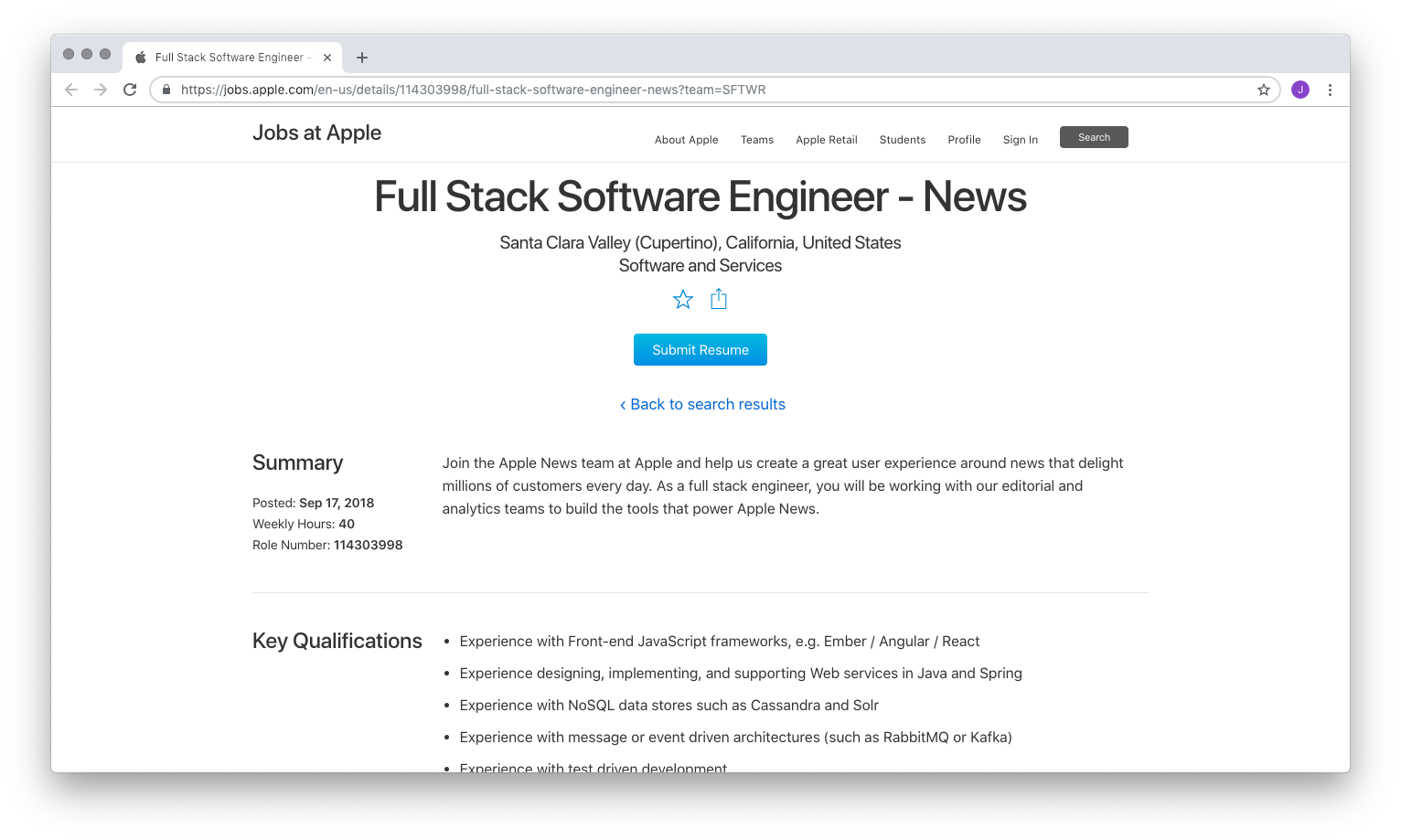 Like "Media" jobs, the "News" jobs are also mostly engineers — more than 3/4th of these positions are Engineers in some capacity — and hiring for positions with this keyword have steadily risen over time, but with an interesting spike in mid to late September.

Most of these positions are based at Apple's Headquarters in Cupertino, where thousands of Apple engineers are already plugging away.

With more than a month ago until Apple's big event, there are many questions as to what an Apple media service would look like. However, as seen through their own public data, Apple has seemingly built up this potentially industry changing system over the past three years, and should anything be extraordinary or out of place within these listings, it may hint at what the future of Apple News or Apple Media (or whatever they call this) will be.