If developer interest tells us anything when it comes to mobile platforms (and it does), Google's Android dwarfs that of Apple's iOS.

Stack Exchange ($PRIVATE:STACKEXCHANGE), and specifically Stack Overflow, are websites on which developers pose code and engineering questions as they build applications and other new technologies. It's a Q&A model that has become a central clearing house for developers who need answers to their code questions from a reputable group of peers.

Tracking activity for particular keywords on Stack Overflow can be a useful way to track developer interest in a particular product, language, technology, or platform. 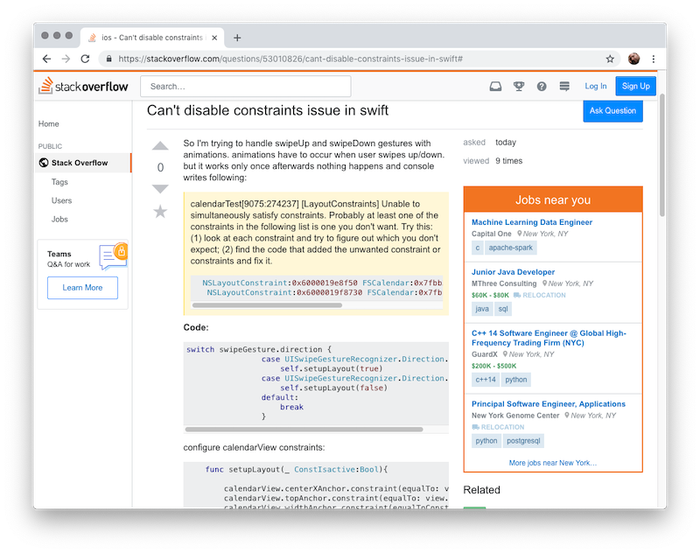 Two of the most prominent platforms in which developers play today are smartphone operating systems. Of those, the two largest are, by far, Google's ($GOOG) Android and Apple's ($AAPL) iOS. Each platform has thousands of Q&A activity on a daily basis on Stack Overflow, but when it comes to overall volume, Android outdoes iOS by an average factor of 2, and it appears that its momentum and interest with developers is only picking up.

Developer activity for the two platforms, as shown via Stack Overflow above, outpaces (in terms of difference) the two platforms' relative marketshare. About 54% of smartphone users use Google Android while 44.3% use iOS.

However, both operating systems reach beyond the mobile device, with Android appearing on laptops and tablets and iOS appearing on Apple iPads tablets. When counting for those hardware platforms, Android claims a deep 81.7% market share to just 15.3% for iOS overall.

It's not a big surprise, then, that developers remain — increasingly so — focused on the dominant worldwide platform.