The ambitious, bold and hungry start their week with The Business of Business!
People
12.13.18   6:10 PM People

With less than two weeks to go before Christmas, here are the hottest products on Amazon

Time is running out to get your Amazon deliveries under the Christmas tree. Here's what people are ordering last-minute.

Christmas is almost here, and right now, people are scrambling to order gifts from Amazon ($AMZN) for friends, family, and in some cases, themselves (let's be honest here).

From the day before Thanksgiving up until December 11, several products across multiple Amazon product categories dominated their respective categories. Not only do these products have high average best-seller rankings — which is indicitive of how well they are selling in a particular category — but they also have held their spots for all 19 days in this shopping season range.

Here's a quick look at some of the huge winners of the holiday season so far, which you can treat as your last-minute Santa wish list (Thinknum subscribers can see a full list of products being tracked on Amazon here):

Starting with the most-basic item on the list, The First Year Stack Up Cups were ranked #2 in Baby for 19 consecutive days. All other baby products saw their rankings run wild like a todler with a new toy, yet these simple cups stuck to its rank since the day before Thanksgiving.

Unsurprisingly, Amazon's own Echo Dot dominated the Electronics rankings over the past three weeks. With an average ranking of 1.157, the Dot is beating out competitors, most likely due to it being sold and promoted on Amazon's home turf.

Those who still collect CDs and Vinyl are picking up the soundtrack to A Star is Born in mass quantities. The re-re-re-remake of the 1937 film of the same name stars pop-sensation Lady Gaga and Bradley Cooper. 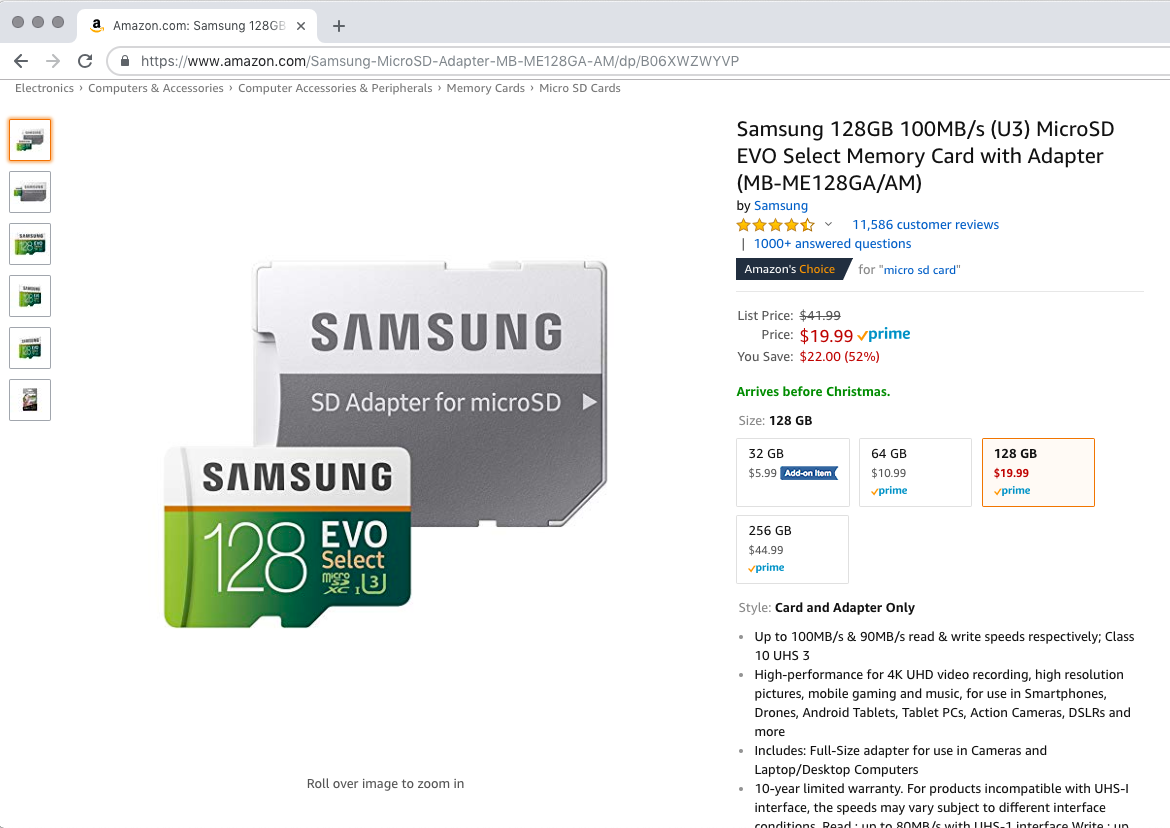 Much like batteries and charging cables, memory cards are one of the few unsung heroes of the holiday season, powering the newest toys and gadgets under the Christmas tree. Samsung ($KRX:005930) topped the rankings list of Cell Phones & Accessories with a 128GB MicroSD card, which is not only useful for its phones, but also for other cellular devices as well as video game consoles and cameras. Over the past 19 days, it averaged an impressive 1.263 rank in the category. 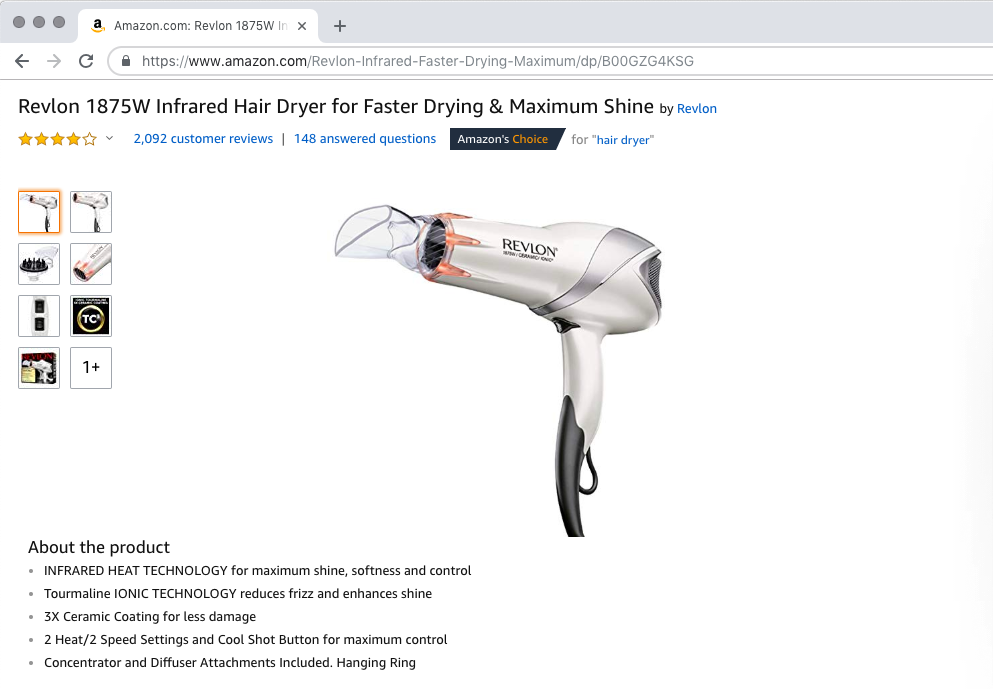 A hair dryer that doesn't break the bank topped the best-seller lists for all appliances on Amazon, as this product by Revlon ($REV) ranked an average of a 1.42 over the past 19 days. 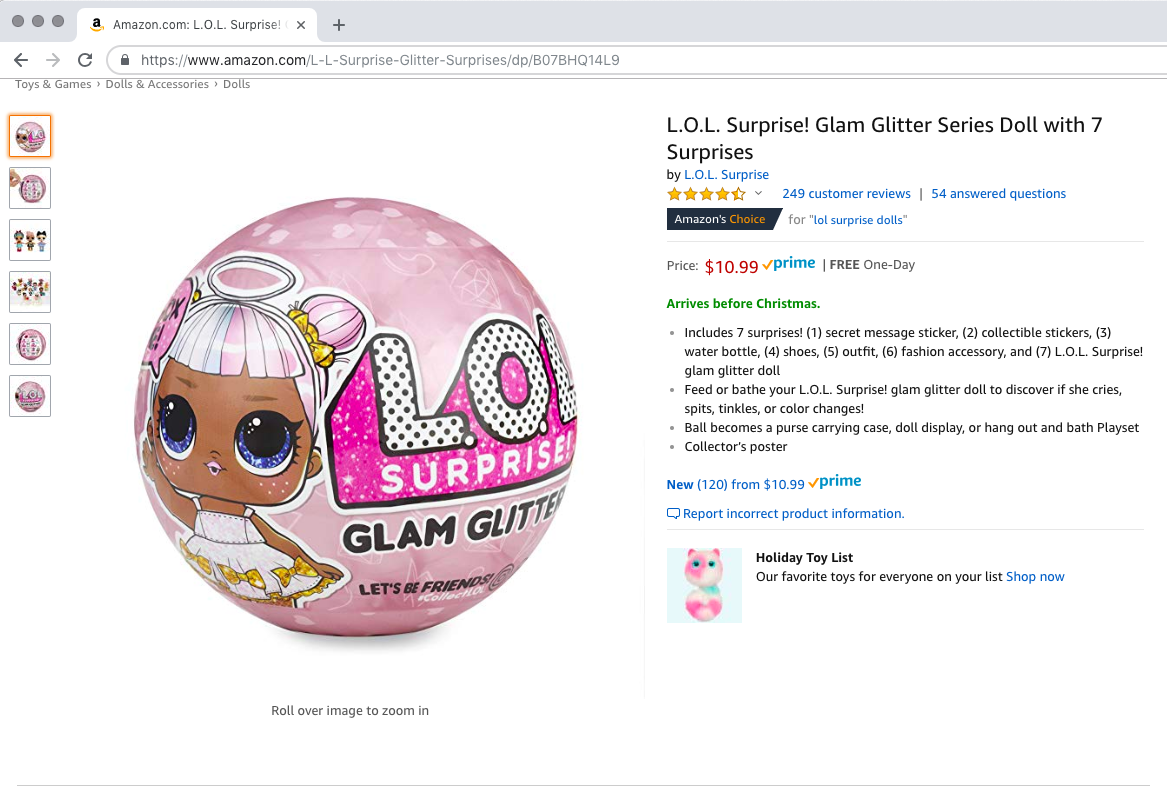 Surprised? We aren't. With an average rank of 1.42 over the past 19 days despite not having any discount, the toy that helps drive the unboxing toy craze appears to be the must-have toy on Amazon. 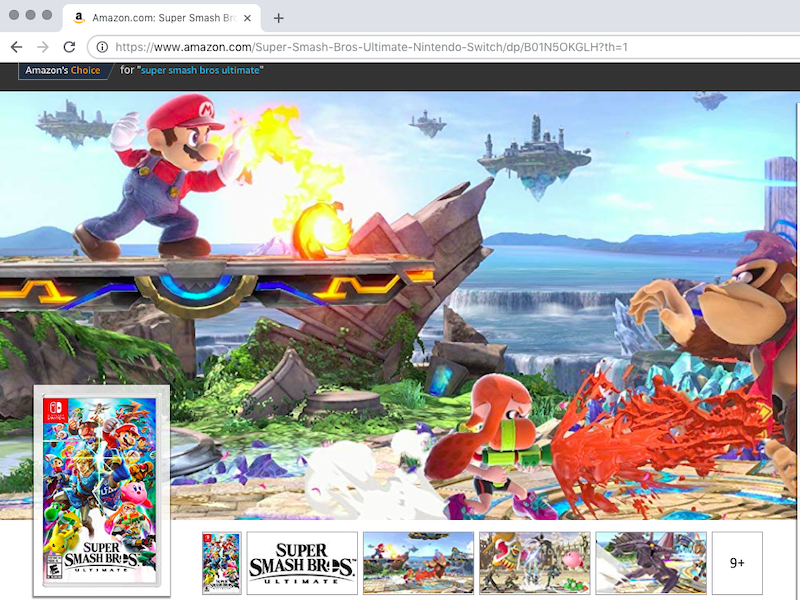 The video game with the highest best-seller rank in Video Games is Super Smash Bros. Ultimate, the latest installment of the Smash Bros. series from Nintendo ($TYO:7974). With an average sales rank of 1.74 of the last 19 days, this game is widely considered to be the smash-hit of the holiday season... So much so that this writer can't stop talking about playing it.