Nine months after Volkswagen launched Electrify America, the company made steps to put a VW electric vehicle on American roads.

Earlier this week, Volkswagen ($XETRA:VOW3) said it would invest $800 million into building a new electric vehicle in Chattanooga, Tennessee, as well as partnering with American car-maker Ford ($F) to make a global alliance on manufacturing.

This comes about nine months after Volkswagen launched Electrify America, a $2 billion initiative to install charging stations across America. That, of course, came after Vokswagen was caught cheating diesel emission tests, but that's another story. For Electrify America, Volkswagen partnered with Walmart ($WMT).

Back in August, Electrify America had 64 charging stations that were either operating or in the process of being built. 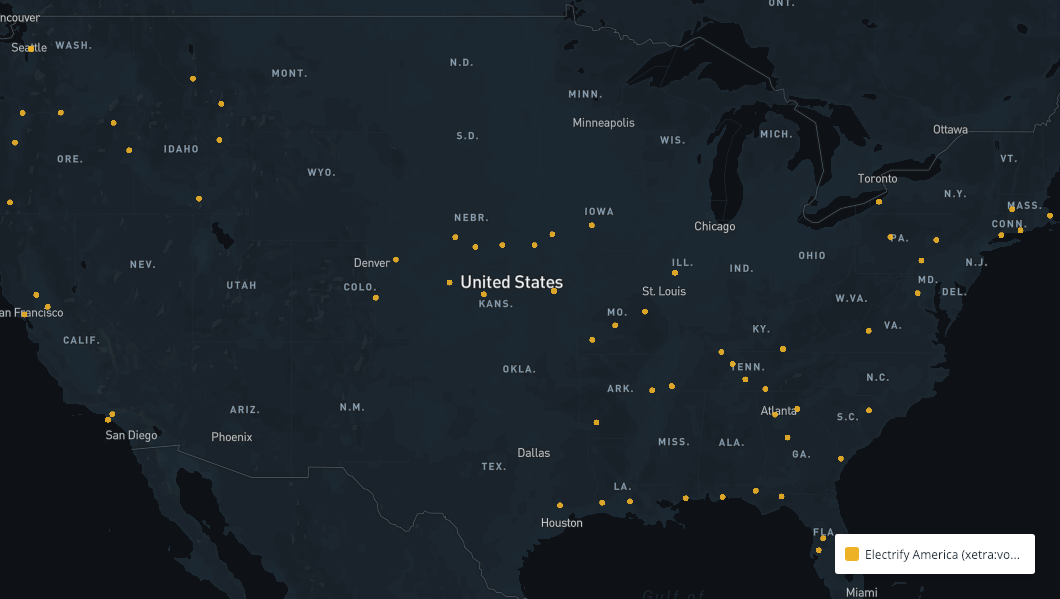 Coincidentally (or not), one of the states with the most charging stations right when Volkswagen was breaking ground on its initiative was Tennessee, the location of Volkswagen's only plant in the United States.

Currently, there are 9 chargers (and one to be built) in and around Tennessee, which makes the state a quasi-testing ground for whatever electric vehicle Volkswagen manufacturers there. As it is only days after Volkswagen made moves with Ford and its Chattanooga plant, we'll wait and see what they have planned for 2019.

But for now, it that Volkswagen already has some roots in America for its eventual electric vehicle.

Sneakers and purses are the hottest resale commodities: Can Poshmark keep up with the fashion marketplace explosion?

All dressed up with nowhere to go: used sneakers, bags and luxury goods are flying off B2B and C2C shelves.
Jael Goldfine
3.3.21   7:30 PM
Markets

This map shows Beyond Meat's expanding global reach, thanks to its new partnership with McDonald's

The end of Indie.vc has come

The Buzz Index, created by VanEck, is made up of 75 stocks that people are talking about on social media.
Ivan De Luce
3.2.21   7:00 PM
People
View All