The ambitious, bold and hungry start their week with The Business of Business!
People
10.8.21   12:00 PM People

Facebook was down this week, but at least Business Twitter kept running as usual. One journalist broke down what took Facebook so long to get back online.

This week: A tech journalist explains what took Facebook so long to get back up and running, a look at why Ozy Media’s business model was the real cause of its downfall, the Silicon Valley exodus heads to New York, and a phony startup ad about forks goes viral.

1. Facebook’s shutdown, in a nutshell

If you were anywhere on planet Earth on Monday, you probably noticed that Facebook, Instagram, and WhatsApp all shut down for around six hours. Some people linked the shutdown to a bombshell revelation from a former Facebook employee and whistleblower. Others thought it was an elite group of hackers. In fact, it was just an accident.

Alex Hern, UK technology editor at the Guardian, wrote a thread on what was taking so long for Facebook to bring its sites back online.

“Facebook (accidentally, we assume) sent an update to a deep-level routing protocol on the internet that said, basically, ‘hey we don't have any servers any more xoxo,’” Hern wrote.

He added: “Normally, this would be quite easy to fix. you just send another update saying ‘oh, don't worry, we have servers, they're here, xoxo.’ Things still break, it takes a while for the message to spread to all corners of the internet, egg on face, but liveable. But Facebook runs EVERYTHING through Facebook.”

Unfortunately, Facebook employees couldn’t even communicate with one another because the company chat system was also down. And they couldn’t get in the building to fix the servers because their employee badges were on the same network.

Ozy Media’s spectacular crash-and-burn was one of the more epic startup collapses in recent months. For Craig Silverman, who had reported on Ozy’s shady traffic numbers back in 2017, it’s a cautionary tale.

Silverman explains in a thread that Ozy bought junk traffic and lied about readership because it assumed popularity was inevitable for a media company. The truth is they just couldn’t fake it till they made it.

He writes; “Ozy's strategy has been to buy audience, influence and the trappings of success. It appears to have worked until money from investors started to dry up. Ozy's problem is that all its paid media never turned into earned media aka real audience success. So they had to keep buying.”

When the pandemic began, talking heads insisted that New York was dead forever (as if). Then they said there was a Silicon Valley exodus to budding startup hubs like Austin, Denver, and Miami. Now, VCs are pointing out that the New York startup scene is getting hotter than ever.

Matt Turck, a VC with New York-based firm FirstMark, tweeted, “A top VC I know just moved from SF to NYC, amongst so many others… the exodus is real.”

He’s not the only one noticing the apparent trend. Investor Shai Goldman cited some surprising data in a thread to back up his argument, including record rent prices in Williamsburg and an uptick in New York-based startups filing for IPOs.

While we know the concept of a mass exodus is hyperbolic to say the least, these investors argue that it’s still worth keeping an eye on New York. 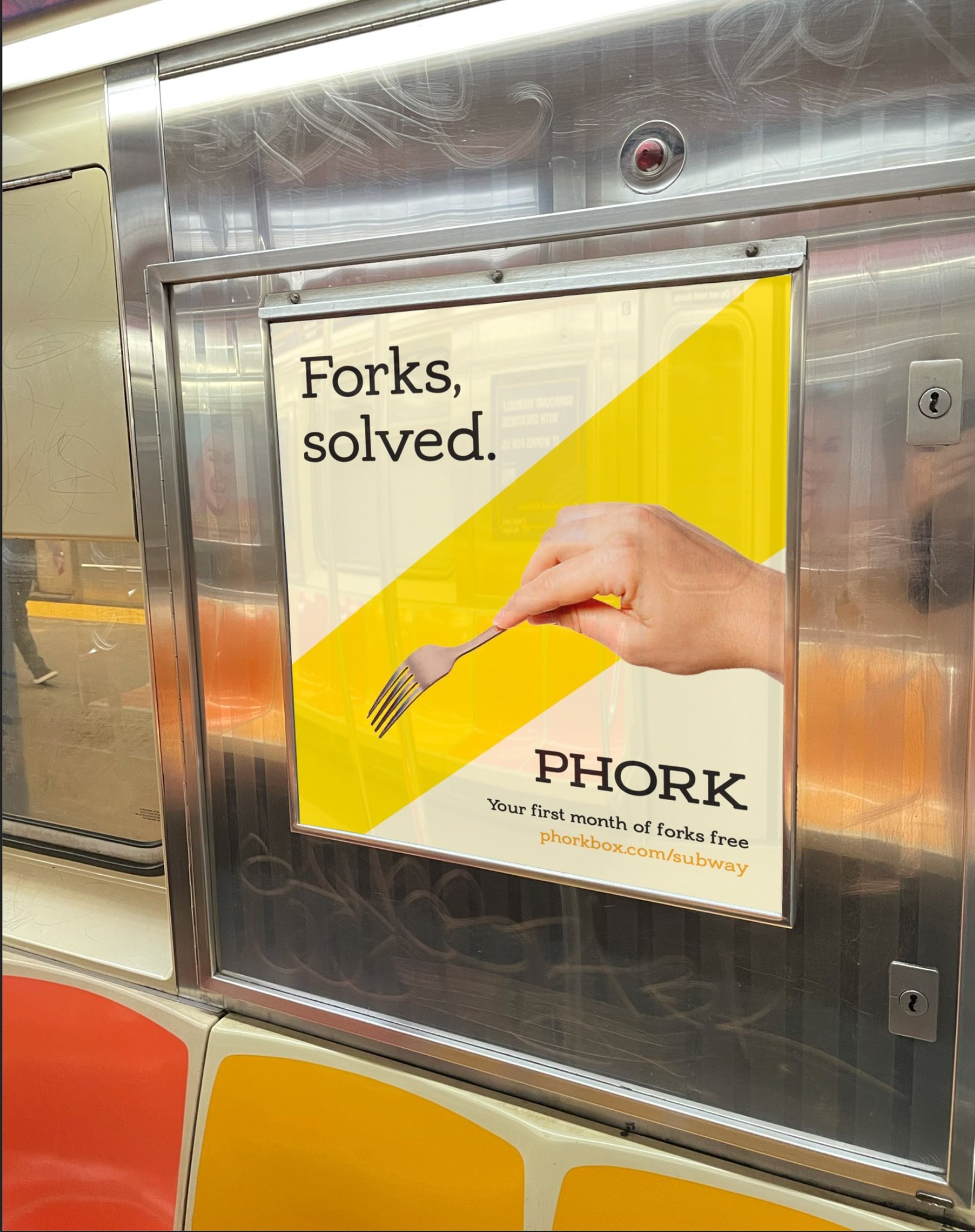 Every New Yorker has seen just about every startup advertise on the subway, and the ads usually follow a pattern: A convenient consumer-facing product, whether it’s a toothbrush or grocery delivery service, usually pictured with a colorful background, complete with a purposeful misspelling of some tangentially related word (Lyft, anyone?).

One Twitter user, Damian Chadwick, went viral for his fake subway ad for Phork. Along with a startlingly realistic photo, Chadwick added, “I just made this, but to be honest it barely feels like a stretch.”