The ambitious, bold and hungry start their week with The Business of Business!
Markets
6.29.21   3:29 PM Markets

Facebook has doubled its headcount in just over 2 years

Investors were so confident in Facebook after the dismissal that its stock rose 4%, bringing its market capitalization past the $1 trillion mark for a day.

Facebook is reaching new heights after an antitrust complaint was dismissed in federal court. After the dismissal on Monday, its stock rose 4%, bringing its market cap to $1 trillion for the first time, a milestone for the tech giant.

According to Judge James Boasberg, who made the final ruling, the Federal Trade Commission’s complaint didn’t make a strong enough case to prove that Facebook was engaging in monopolistic behavior. Rather than hearing the case, the judge dismissed the complaint outright in a major blow to the FTC, and added that it could submit a stronger complaint after 30 days. The FTC, meanwhile, claimed that Facebook holds a “60%-plus” share of social media, though it couldn't cite metrics as direct evidence to prove its case. 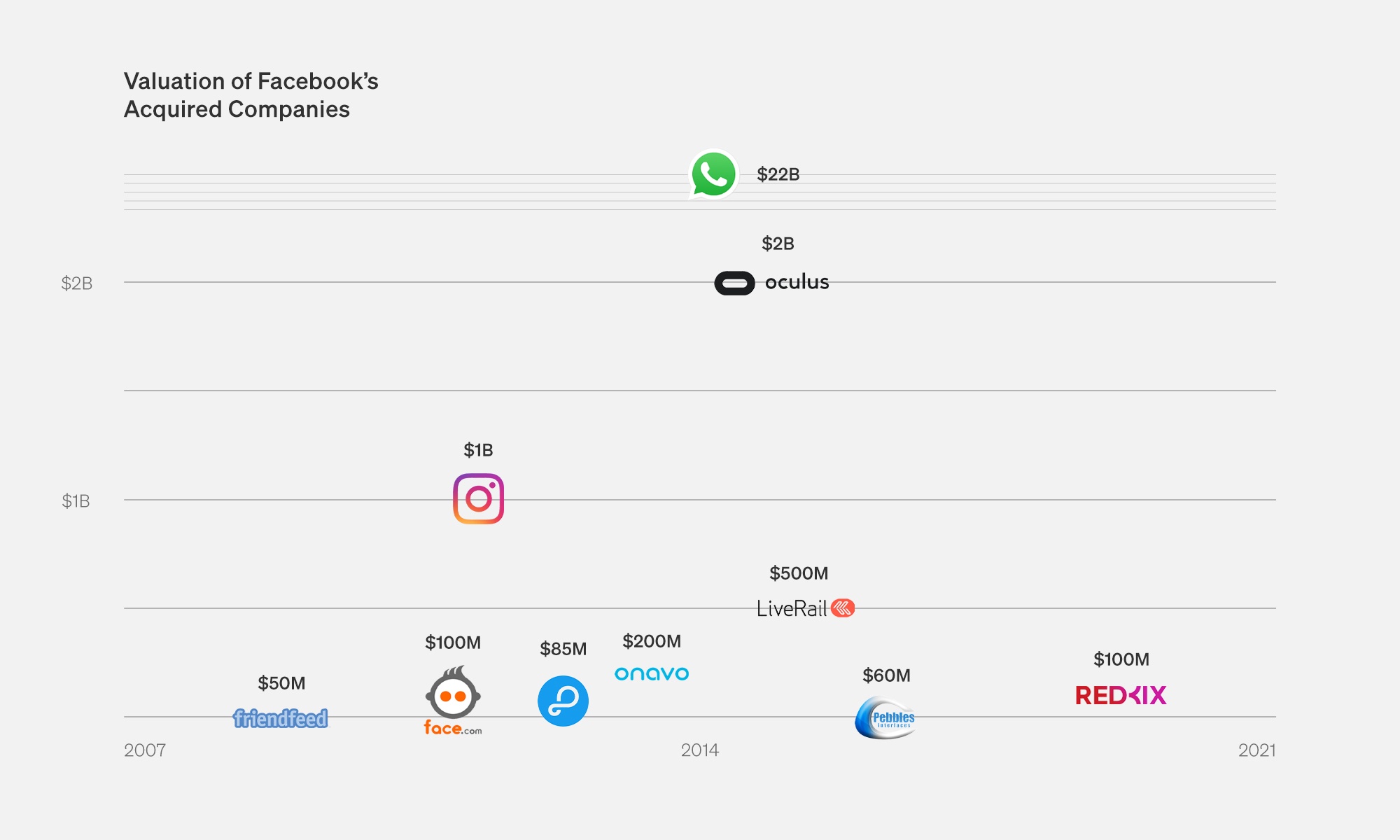 While dodging antitrust complaints and Senate hearings, Facebook has continued to grow. Part of Facebook’s growth is the result of several acquisitions over the years: In 2012, the company bought Instagram for $1 billion; in 2014, it bought Oculus VR for $2 billion; later that year, it bought WhatsApp for $22 billion, by far its largest purchase to date.

According to our data, Facebook currently has 89,600 employees, double its LinkedIn headcount back in January 2019. The company’s headcount grew 12% year-to-date, and 27% since this time last year. Our data also shows that Facebook’s job listings currently sit at 2,580, around the same amount of listings as there were three months ago, suggesting steady growth.

While Facebook can rest easy after the verdict, the FTC said it was still determining its next steps and reviewing the judge’s ruling very closely.