The ambitious, bold and hungry start their week with The Business of Business!
Markets
12.4.18   4:23 PM Markets

To take advantage of BK's latest 1 cent Whopper deal, the average consumer will have to drive about 1.34 miles to get it. Here's why:

Today, Burger King ($QSR) announced that those who order a Whopper on their BK App can get it for 1 cent for a limited time. But as always, there's a catch:

You have to access the app within 600 feet of a McDonald's ($MCD). That means you'll need to first find a McDonalds and then travel to a Burger King. This is, of course, easier in some areas than others.

There are approximately 14,000 McDonald's in the United States compared to about 7,300 Burger Kings. According to our database, the average distance between a McDonald's and any Burger King in the 48 contingent United States is 3.48 miles. That's basically an hour hour walk (or about 10 minutes) from where one would order a Whopper at a McDonald's.

However, the median distance — is only 1.34 miles, which makes for a much more reasonable walk of about 25 minutes. This is most likely the better indication of how far one would have to go to get a 1 cent Whopper, as the mean seems to be skewed by a few ridiculous outliers in places like Montana, Nevada, and Oregon.

For instance: to get a 1 cent Whopper from the McDonald's in Glasgow, one would have to drive to a Burger King in Dickinson, ND. That's actually 247 miles away in terms of driving distance, which is only a drive that'll take someone nearly four hours. 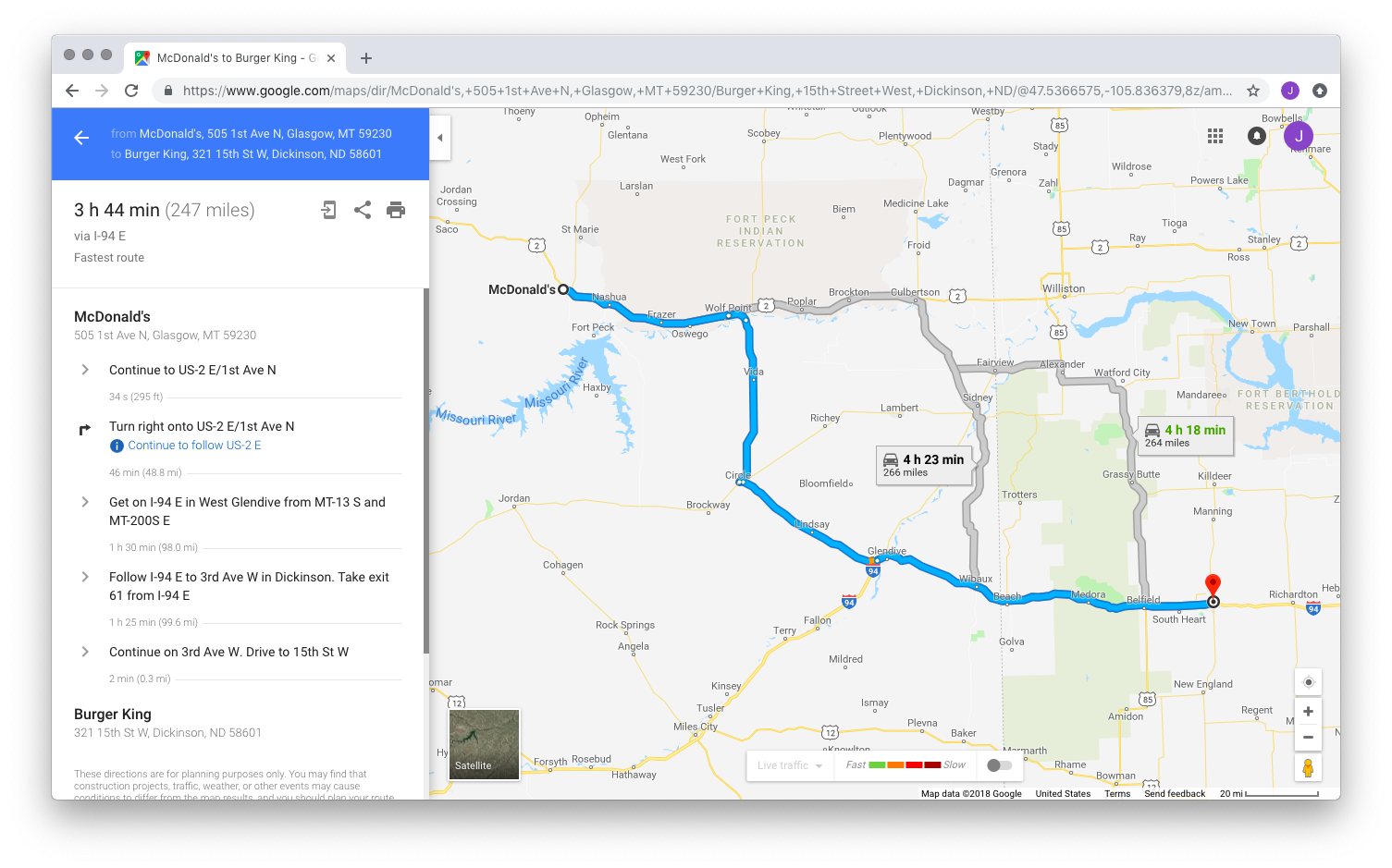 Okay, so you don't want to walk an average of 20 minutes from McDonald's to the nearest Burger King. What if we told you there are almost 1,700 places in the world where you can literally stand in front of a McDonald's, order a Whopper, and walk a few feet to pick it up?

As shown above, a good portion of Burger King's restaurants are almost on top of their main competitor's eateries.

Here's a closer look at some regions with McDonald's and Burger Kings right across the street from one another, outside of the obvious metro areas like New York City and Los Angeles: 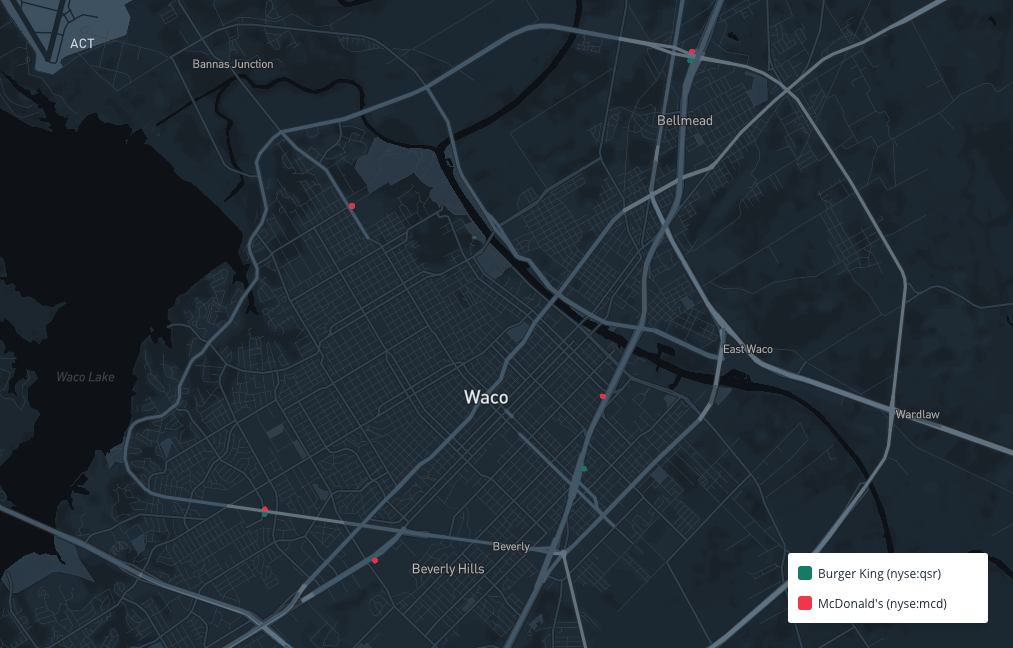 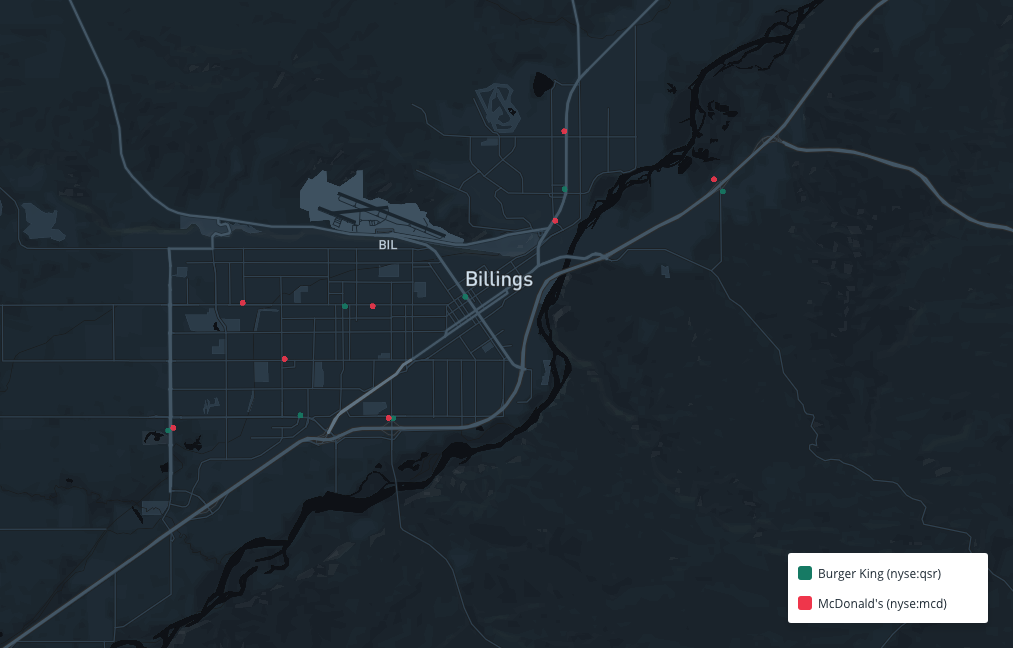 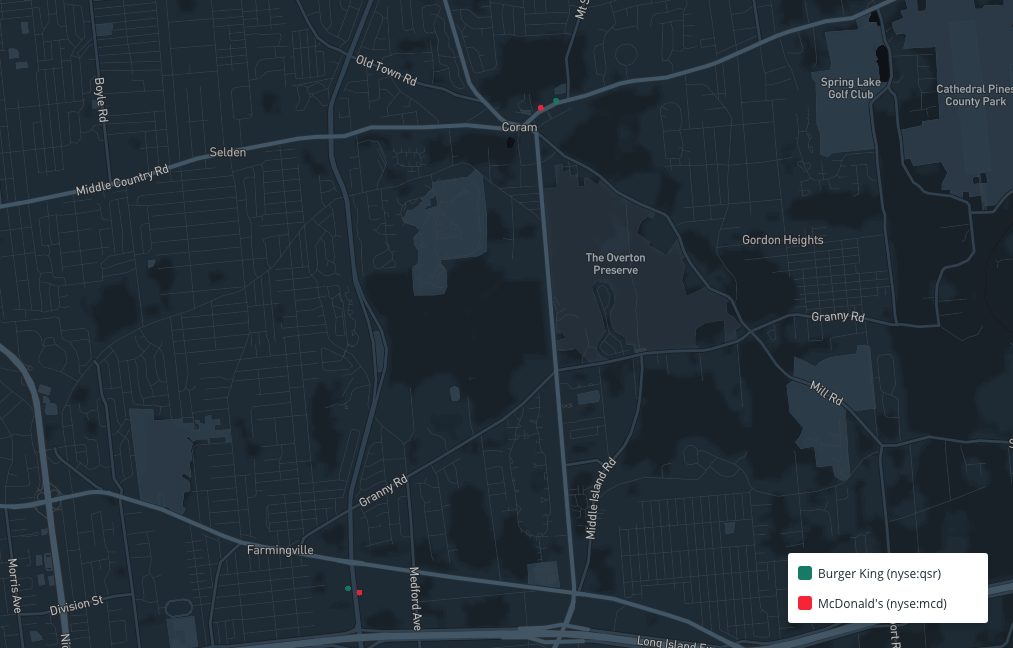 Let's talk about the other two states

So, why wasn't Alaska and Hawaii included in this promotion? We're not Burger King, but we're pretty sure they figured out that a few McDonald's locations are a bit too far away from the nearest Burger King... About a full day's drive away, in some cases.

Take the McDonald's located in Ketchikan, AK, a town with a population of just under 9,000 people. A person who would theoretically take part in this promotion is a little over 578 miles away from the nearest Burger King, but that's just a "crow flies distance." In reality, here is the drive they'd have to take a full day trip to get a 1 cent Whopper in Blaine, Washington, the closest Burger King to that part of Alaska:

Burger King knows how to troll its competitors, but they aren't crazy enough to make their would-be customers drive 24 hours with a passport to get a flame-broiled cheeseburger.