A history of Reed Hastings, told through data on the media giant he created: Netflix.

In a recent interview with the New York Times, Reed Hastings said, “I’ll never be Steve Jobs, the creative, brilliant person.” He also said Elon Musk is “100 times more interesting a person” than he is.

This is the same man who turned Hollywood inside out by co-founding Netflix ($NFLX), arguably the biggest online streaming service in the country and the home of the biggest films and TV shows of the last decade. What started out as a mail-in DVD rental company became a cultural phenomenon of the 2010s. Even during the COVID-19 pandemic, Netflix somehow became even bigger as Americans turned to TV to alleviate quarantine boredom. Its leader, however, keeps a relatively low profile.

Here’s a breakdown of Hastings’s life and career, as told through data.

As a young man, Hastings trained for the Marine Corps before switching to the Peace Corps before his training was complete. He ended up teaching high school math in Swaziland. “It was an extremely satisfying experience,” Hastings told Inc. “Taking smart risks can be very gratifying. Guessing right is a skill developed over time. Not all smart risks work out, but many of them do.”

In 1991, Hastings founded Pure Software, a company that made debugging software for engineers. Hastings struggled with leadership at the time due to the rapid growth of the company, saying he was “unprepared for the complexities in personalities.”

By 1997, Pure Software had merged with Atria to form Pure Atria Corporation, which was in turn snapped up by Rational Software. The $902 million acquisition gave Hastings the capital to start his next venture. 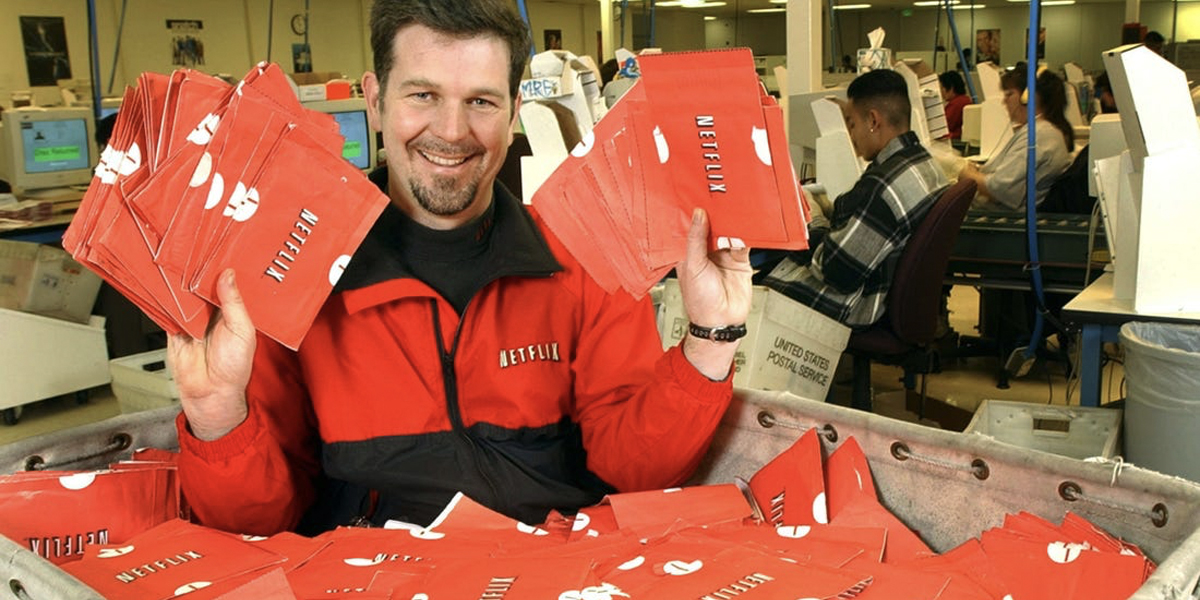 Hastings initially got the idea for Netflix when he was charged $40 by Blockbuster for an overdue VHS tape (and that’s in 1990s money). According to Netflix co-founder and former Pure Software employee, Marc Randolph, the two were attempting to make an Amazon-like company, a one-stop-shop for DVDs, which was emerging technology then. DVDs were much easier to ship across the country than VHS tapes, and so Netflix was born.

Though Randolph was the first CEO of Netflix, Hastings took on the mantle in 1998 and has stayed ever since (Netflix’s chief content officer Ted Sar andos became co-CEO with Hastings last July).

Since September 2016 (the earliest available data), Netflix’s employee count has grown steadily despite the pandemic, which forced many others to lay off workers. Netflix currently employs nearly 11,000 people, a fivefold increase from its 2,190 employees in 2015.

Though Netflix found a following and went public in 2002, it was a far cry from the streaming giant it is today. At the time, Netflix’s share price was around $1. By 2005, it hovered around $3, and the company had just over 4 million subscribers. Part of its early success was due to the fact that customers could rent unlimited DVDs for a flat monthly price, a model that many of us have come to expect: today we subscribe to everything from music to toothpaste. And it started, in part, with Netflix.

Netflix is ramping up hiring again after a post-pandemic slump. As of September 2020, Netflix had 299 job listings posted, a slightly smaller number than its pre-pandemic high of 582 from September 2018. Its most common open positions are in finance, data science, and engineering.

With all those new employees to onboard, Hastings has made Netflix’s culture as transparent and public as possible. He famously released the Netflix “culture deck,” a slideshow outlining the company’s values, in 2009. Some have called it a seminal Silicon Valley document, while others have said its radical transparency is on the verge of dysfunctional.

From DVDs to streaming 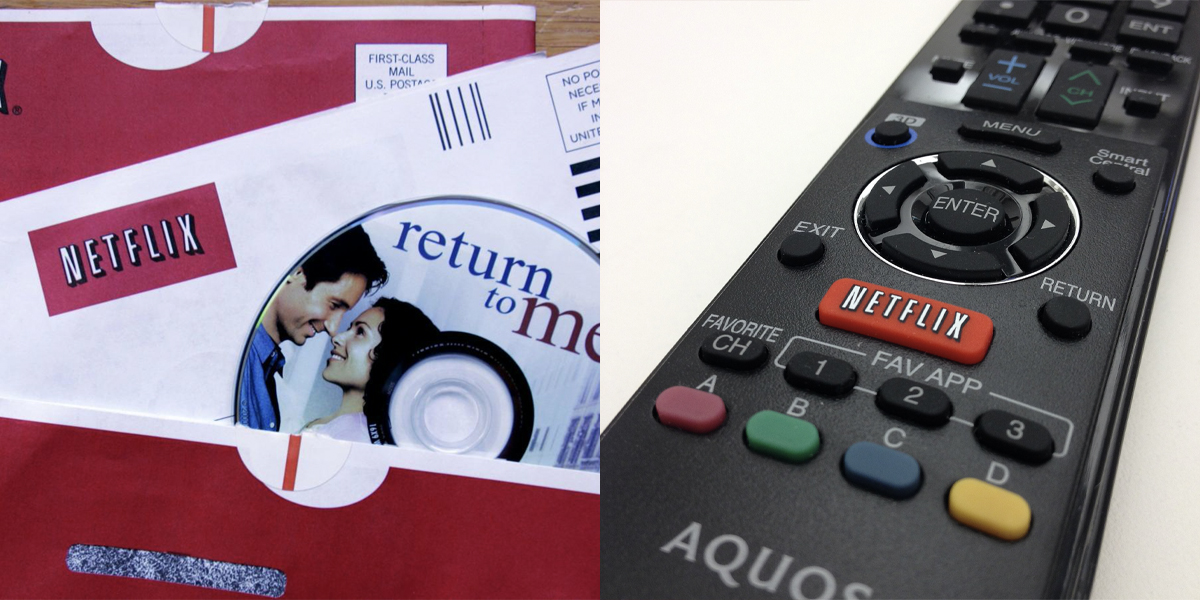 In 2007, Netflix began the transition from DVD sales and rentals to streaming, which is when growth really took off. Then, in 2013, Netflix began streaming two original programs: “House of Cards” and “Orange Is the New Black.” Since then, the company has grown to have nearly 1,500 original films and shows, despite the pandemic keeping film and TV crews out of production.

Since 2015, Netflix’s Twitter following has grown by a factor of six, and shows no signs of slowing. Despite growing followers, Netflix has had more than its fair share of Twitter controversy. Most recently, it drew criticism and calls to “cancel Netflix” after a French film and Netflix original, “Cuties,” was accused of over-sexualizing young girls. Though cancellations soared, Twitter followers didn’t drop.

Hastings served on Facebook’s board of directors from 2011 to 2019. During that time, he butted heads with investor Peter Thiel over Thiel’s political beliefs. “I’m so mystified by your endorsement of Trump for our President, that for me it moves from ‘different judgment’ to ‘bad judgment,’” Hastings reportedly told Thiel in the email, per a New York Times report. “Some diversity in views is healthy, but catastrophically bad judgment (in my view) is not what anyone wants in a fellow board member.” 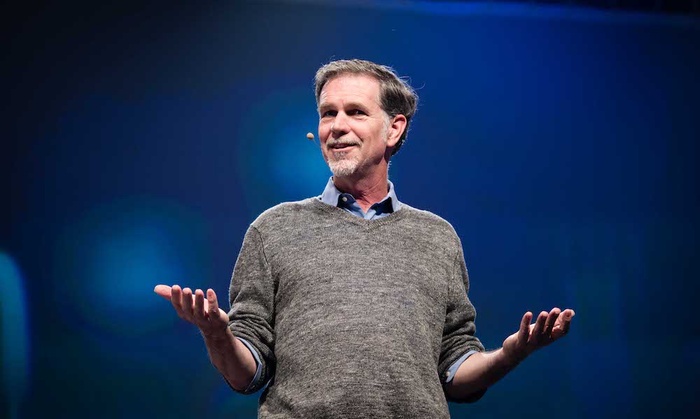 Netflix is, by and large, doing better than ever, and so is Hastings, who’s currently worth $4.9 billion. The company hit its highest share price this September, getting past $475. Now that Hastings is sharing CEO duties with co-CEO and CCO Ted Sarandos, he’s had time to work on other projects, including his recently published book, “No Rules Rules: Netflix and the Culture of Reinvention.”

Hastings told the New York Times where Hollywood would be in 15 years: “I see producing stories and sharing them as bigger than ever. But those stories will be produced in Atlanta, in Vancouver, in London, all over the world as opposed to strictly in Hollywood.”