The ambitious, bold and hungry start their week with The Business of Business!
Markets
11.19.21   12:09 AM Markets

Everything you need to know about clothing resale, the fastest-growing category in fashion

We crunched some data to find out more about the biggest players, the popularity of their apps and the hottest brands.

What’s old is new again when it comes to clothing trends, now more so than ever. Resale, a segment that is distinct from thrift-store shopping, barely existed until a few years ago. Now it is poised to double in market share in the U.S. over the next decade, even taking up double the slice of closet space held by fast-fashion retailers like Zara and H&M.

We took a close look at data for the resale clothing industry specifically to help break down what it’s all about, from the key players to the most popular brands being put up for sale. Here is more of what we found.

Who are the biggest names in clothing resale

An e-commerce-enabled phenomenon, fashion resale isn’t the same as going through other people’s musty-smelling castoffs at Goodwill. The companies that focus on fashion resale are geared toward style and quality-conscious consumers who want detailed information about brands, materials, condition and colors before clicking “buy.” There is still a thrill of finding a bargain, though. 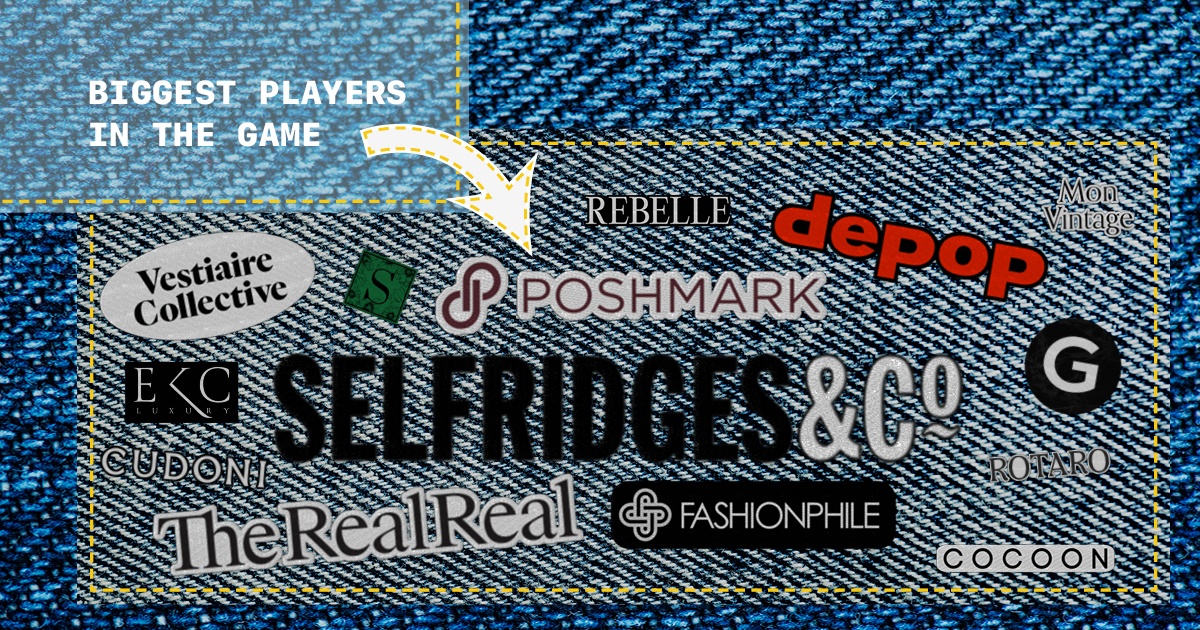 We looked at which companies were growing the fastest based on the employee count listed in LinkedIn, which is tracked by Thinknum. Depop rose head-and-shoulders above the pack with a growth rate of more than 50% in headcount over the past year. It was followed by The RealReal, Poshmark and Vestiaire Collective.

Drilling down on Poshmark (which has extensive data on its items available), we were able to figure out which brands are most prevalent on the site. Lululemon is in the lead, making up nearly $5 million worth of inventory. That’s followed by Nike, Free People, Victoria’s Secret and Forever 21. Less common brands are LuLaRoe, making up about $2.4 million worth of inventory, as well as Michael Kors, which was about the same amount, and Express and Zara which were a bit over $2 million. 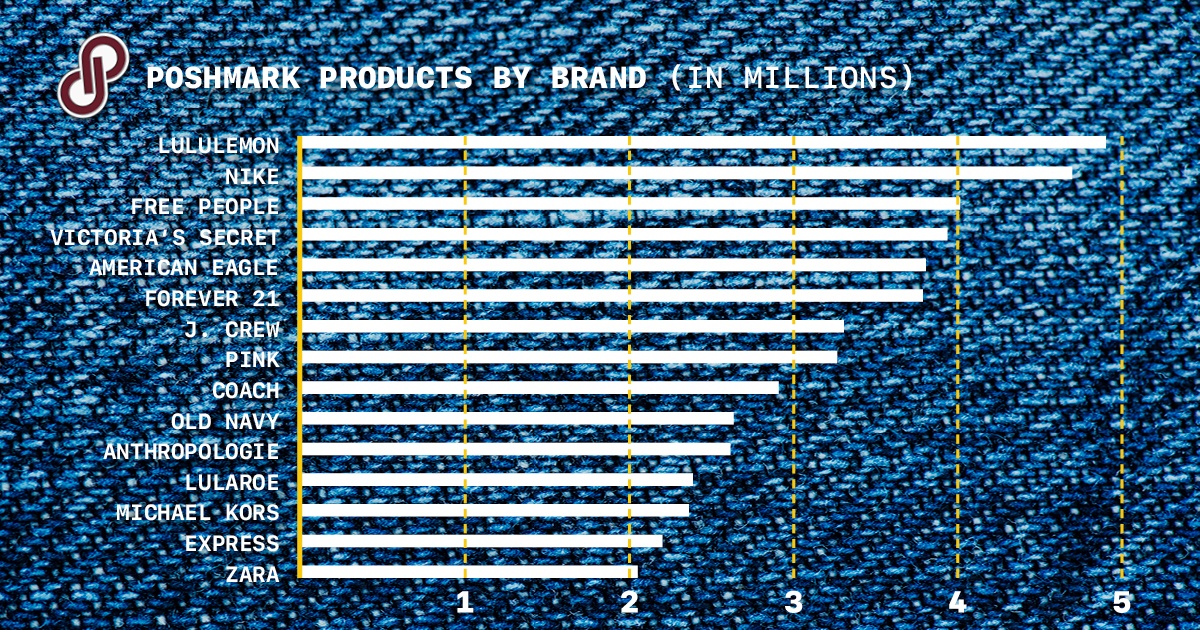 What people think of the apps

Most of the biggest apps are highly popular, based on App Store ratings. According to data collected by Thinknum, Poshmark, Depop, Grailed, Selfridges, and Vestiaire Collective all share the highest ratings of nearly 5 stars. The RealReal and Rebelle are just a bit lower. Fashionphile is not winning as many converts, however. The average App Store rating is only about 2.5. 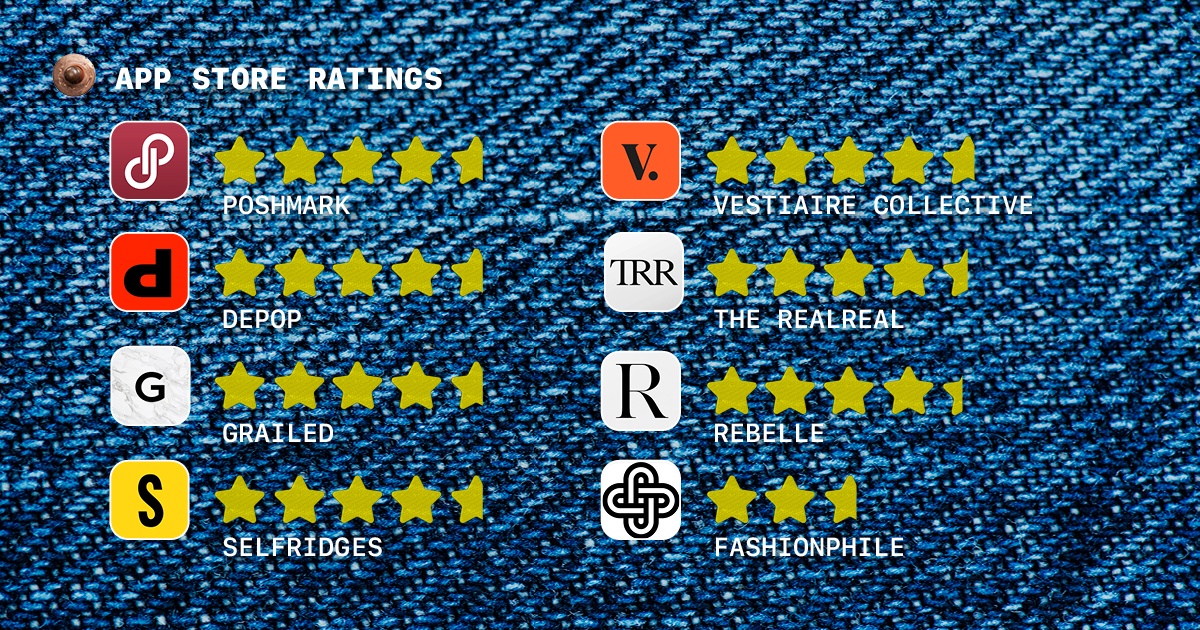 How much this market is expected to grow

According to a detailed report from fashion resale brand thredUP, overall sales of secondhand clothing in the U.S. will rise from about $36 billion this year to $77 billion in 2025. Of that among, the share held by fashion resellers, specifically, is expected to grow. This year that amount is about $15 billion. In five years, fashion resale will be worth $47 billion, according to thredUp.

“Closet share,” or a measure of how much of a typical American’s wardrobe would be made up of certain items, is expected to roughly double for resale fashion by 2030, according to the report. At that point, it will far exceed fast-fashion. 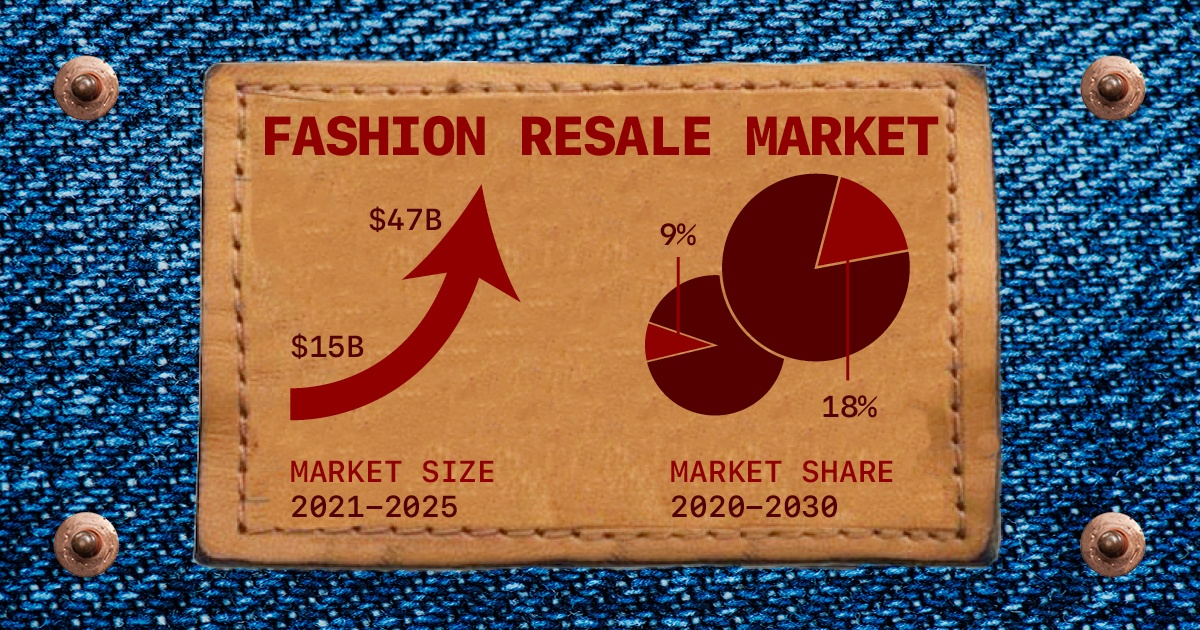